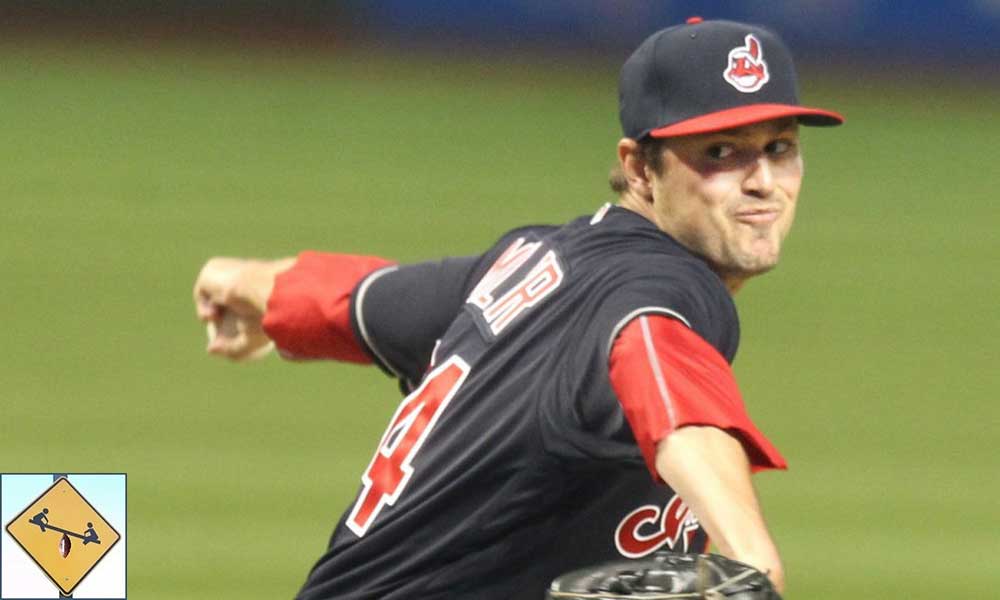 Is it wrong to feel proud of ex-Yankees closers paving the road into the World Series? Andrew Miller dominated for the Indians, with Chapman and the Cubs on their heels.

This sounds slightly embarrassing to admit, but there is a part of me that is proud and happy for Andrew Miller. I know he is no longer on the New York Yankees. He was also barely a Yankee at all in the scope of his career. To top it all off, my icy heart doesn’t even normally care about past Yankees (or current Yankees if they aren’t playing well). I was the one who was furious for New York continuing to bat Derek Jeter second in the lineup in his final season. The dude stunk; get him out of there!

His numbers are uncanny. Terry Francona also had the sense and, *sigh*, guts to use him more than just in the ninth inning of save situations. Managers have been so stupid in the way they use their best relief pitchers, but Francona has never bought into that. Since the Cleveland Indians traded for Miller, Francona has used him all over the late innings, to put out the biggest fires. In the postseason, he has essentially been the team’s everyday middle starter. Miller threw 11.2 innings, more than any Cleveland pitcher other than Corey Kluber. He also threw 11.2 of the best innings we have seen in some time.

ALSO ON BUZZCHOMP: What is Saturday Night Live Doing with its Cast?

Miller struck out 21 batters, walked two, gave up zero runs and seemed to shift the momentum of every single game he entered. Opponents have a .132/.171/.184 slash line against him this postseason. He has been the Indians’ MVP, and it isn’t close. He and the Indians have set the precedent of the “bullpen postseason” though no other team comes close to having a weapon like Miller to make it work. Teams are pulling starters after one time through the batting order, leaving the final four or five innings to the relievers. That plan works so much better when Miller takes two of those innings and allows nothing.

What is your take on the Miller dominance? In the National League, with the Chicago Cubs on the precipice of the World Series, Aroldis Chapman had been doing similar things before last night’s blowup. He hasn’t been on Miller’s level, but his numbers through his first six postseason appearances were pretty excellent. Does the success of these guys make you regret the moves the Yankees made at the trade deadline? I have no regret in that regard, but I do sincerely wish Andrew Miller would be a Yankee next season.

I suppose the silver lining is that Chapman still could return to the Yankees in 2017 as he enters free agency, but Miller is long gone. Maybe rooting for Miller and his team to succeed is good enough.

If the Chicago Cubs seal their spot in the World Series, then it will be an all New York Yankees championship… at least in terms of the closers for each team. Cubs vs Indians means Andrew Miller and Aroldis Chapman will face off. I too am wicked excited!

Generally when players leave your team, especially mid-season, its good riddance and so long and thanks for all the fish. There’s little love loss and as a fan you forget about said player faster than ever. Yet somehow with Miller and Chapman, both players still feel like Yankees. They were easily the two best closers in baseball and likely the two best players on New York prior to getting traded for an immense haul at the deadline. Other guys left the Yankees, but only Miller and Chapman still resonate. Miller in particular has been out of this world.

Andrew Miller was the closer for the Yankees prior to Chapman’s arrival. Now as an Indian, he just won the ALCS MVP award as Cleveland’s closer and so much more. It goes without saying that dominating pitching rules the postseason, but I can’t recall a team that needed a player like Miller more than Cleveland has these playoffs. Francona has been forced to rely on his bullpen, forced to push Miller, and he has delivered. It brings me a sense of pride, knowing he was a Yankee.

NBA Predictions: Biggest Sleepers in the East and West this Season


It was evident New York was not making the playoffs early on this season. Despite keeping it interesting, the odds were stacked against the team. Yet the two best players formerly on the Yankees are likely to face off in the World Series. Each could return to the Bronx at some point, but whichever wins the championship should be signed by his current team forever. Is it possible to sign a player forever? It should be.