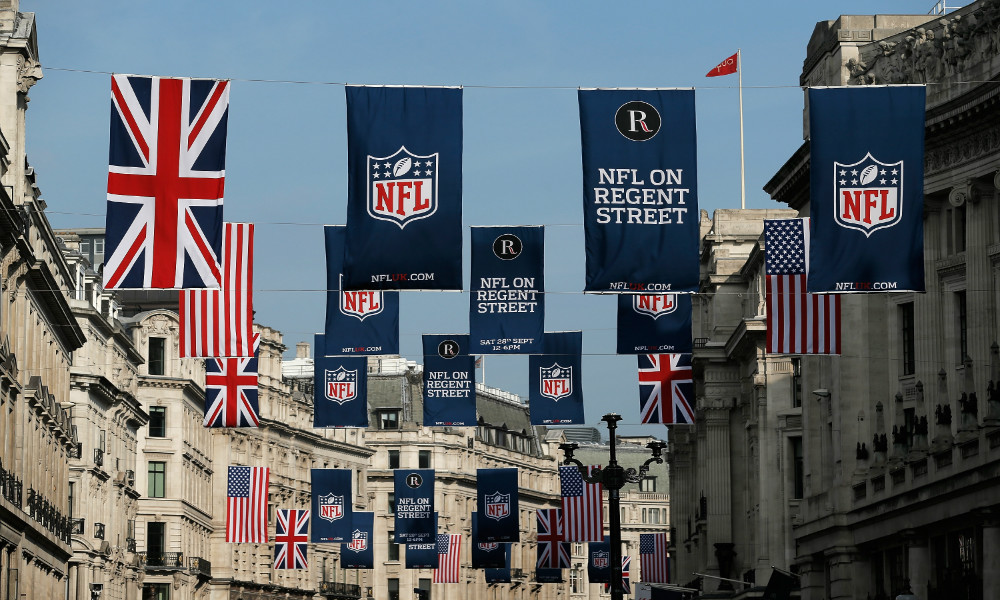 This Sunday, the New York Giants play their Week 7 game in London, England at a ghastly 6:30 AM pacific time. There are so many intriguing facets to this game that it seems much more important than any old mid-season game against the Los Angeles Rams.

Fortunately for the New York Giants, this trip across the pond that disrupts the normal course of an NFL season will see the Rams as the “home team,” meaning the Giants don’t lose one of their own eight home games. That distinction falls to the Rams. It will be interesting to see if playing overseas affects the recent history between these two teams. The Rams haven’t beaten New York since 2001. It has been six straight victories for Big Blue, by an average margin of 14.2 points per game.

But the Giants have a lot on their plate this week stemming from the reemergence of the Josh Brown domestic violence story. Brown, the team’s kicker, did not travel with the Giants to London as both the organization and the league try to decide what to do moving forward. In the mean time, New York signed veteran Robbie Gould, who was a semi-surprising cut from the Bears this preseason.

ALSO ON BUZZCHOMP: What is Saturday Night Live Doing With Its Cast?

Gould removes the distraction at least for the week, and until he misses a kick. Brown is a legitimately good kicker, though he may not warrant keeping around after this story settles. ESPN’s Kevin Seifert made an excellent point about the difficulties legislating punishment in such scenarios. It would be a Ray Rice situation all over again if Roger Goodell now levied a second punishment against Brown for the same crime. I said at the beginning of the season that it didn’t seem to make sense to keep Brown from the Giants’ standpoint, but that ignored the fact that he was a human being who may actually deserve a chance at redemption following whatever punishment came to be. The Giants end up looking bad either way, but now what can they use as reason to hold back releasing him?

What the Brown story has done is push Odell Beckham to the back burner, which is definitely good for him. We have reached the point with Beckham where he feels like he has to do something each week to let people know he won’t be silenced, but also that his opponents don’t change him or bother him. He will always be himself.

That’s great dude, but this is getting tiresome. Enough with the kicking nets, okay? The first hit with it was inconsequential until he felt embarrassed by the memes. The first response was worth a smirk. Now it’s just embarrassing in the other direction, like he’s trying much too hard to prove he is in on the joke. It was actually better when OBJ was just angry.

As for the game itself, it seems like a pretty evenly matched battle where both defenses will exert their will on the opposing offense. I can foresee yet another ugly London game, which begs the question; do teams look bad playing in London because of the circumstances, or do bad teams just keep playing in London? Chicken or the egg perhaps.