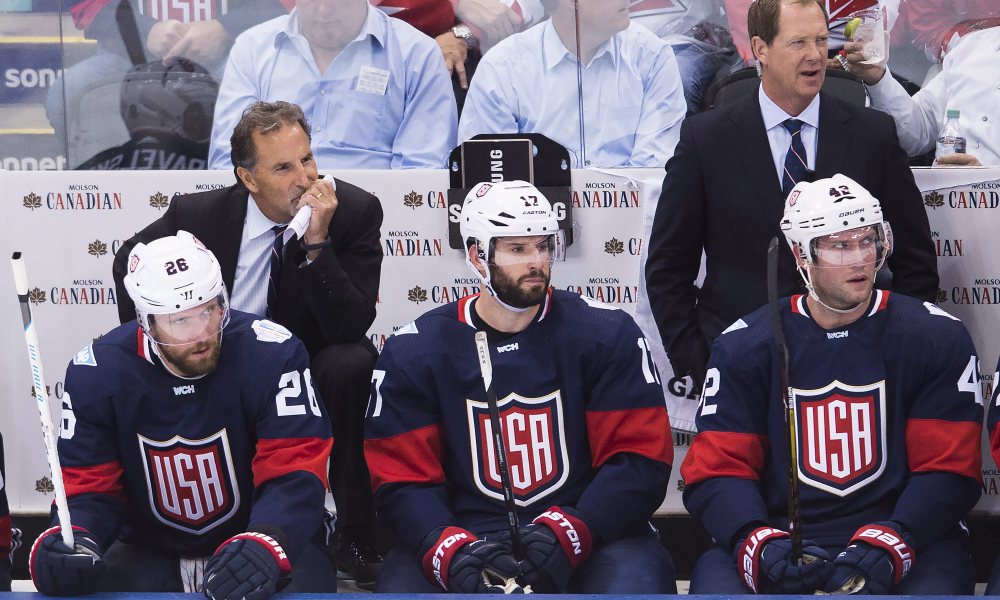 The 2018 Winter Olympics open February 9. But despite the immediacy of the event, this year’s Games feel like they lack the luster of past iterations.

The 2018 Winter Olympics begin in one week. This year’s edition, held in Pyeongchang, South Korea, introduces four new competitions to the sports slate. Even with the new additions and pending timing of the event, though, it feels like the 2018 Olympics lack interest, or at least lack luster.

The main issue has to do with the circumstances surrounding the best sport in the Winter Olympics: ice hockey. Though the competition will proceed as in years past, no NHL players will be participating this year. That means, the gold medal in hockey will be awarded during a competition that lacks roughly the top 200 players in that sport in the world. It hearkens back to the days before NBA players took part in Summer Olympic competition. Those were the dark ages of Olympic basketball. Just try to think about one thing that happened in Olympic basketball prior to the 1992 Dream Team that didn’t include the travesty and walkout of the ’72 final, one of the most controversial events in all of Olympic history.

ALSO ON BUZZCHOMP: MLB Hall of Fame Needs to Respect One and Dones

That is where we now stand with the 2018 Winter Olympics, except the “ban” on professional athletes extends beyond the United States team to every team participating. Obviously, professional athletes from other countries will be playing, but the best of the best (NHLers) will not. It is a real bummer that dampens the entire Games in my mind. If you still think it won’t be that bad, take a look at the USA roster, acknowledge that you’ve never heard of a single participant outside of 39-year-old Brian Gionta, and shed one single tear.

The other issue with these Winter Games is more central. The Winter Olympics in general are less fun and exciting than their summer counterparts. No one is quite sure why, but they are. Swimming and gymnastics take over like nothing in the Winter Games. Curling and figure skating are the closest comparisons, but the former becomes a talking point, not a real point of interest, and the latter doesn’t have the American star power that swimming and gymnastics have.

Skiing and snowboarding are main draws of Winter Olympics, but again, this year’s Games fall short. This is mainly the fault of America, who obviously carries ratings and discussion in this country. No matter how good certain teams and players will be from other countries, if USA doesn’t have the goods, interest will wane. And this year, USA hardly feels like favorites. Even the legendary Shaun White is on the back nine of his Olympic career. He won gold on the halfpipe in 2006 and 2010 but failed to medal in 2014. Maybe he has a Michael Phelps-like renaissance, but if not, the entire snowboarding event list will suffer.

On the skiing side of things, Team USA lacks all kinds of big names we became familiar with over the years. There is no Bode Miller or Picabo Street. Ted Ligety and Mikaela Shiffrin don’t really do it for me. Like White in snowboarding, the entire interest of the skiing rests on the shoulders of Lindsey Vonn making perhaps her last Olympic run. Like White, she hasn’t won an Olympic medal since ’10, but unlike him, she failed to even compete in ’14 because of injuries. Thus, the Olympic public hasn’t heard from her in nearly a decade. That is long even for Olympic fandom. It is hard to generate interest with that much time out of the sport’s spotlight.

If the IOC and NHL had come to an agreement on the 2018 Winter Olympics, we wouldn’t be in this position. If White and Vonn dominate the games like Phelps did over the summer, I will be wrong about these Olympics. But we are starting behind the eight ball. With just a week until the opening ceremony, interest couldn’t be more lackluster.