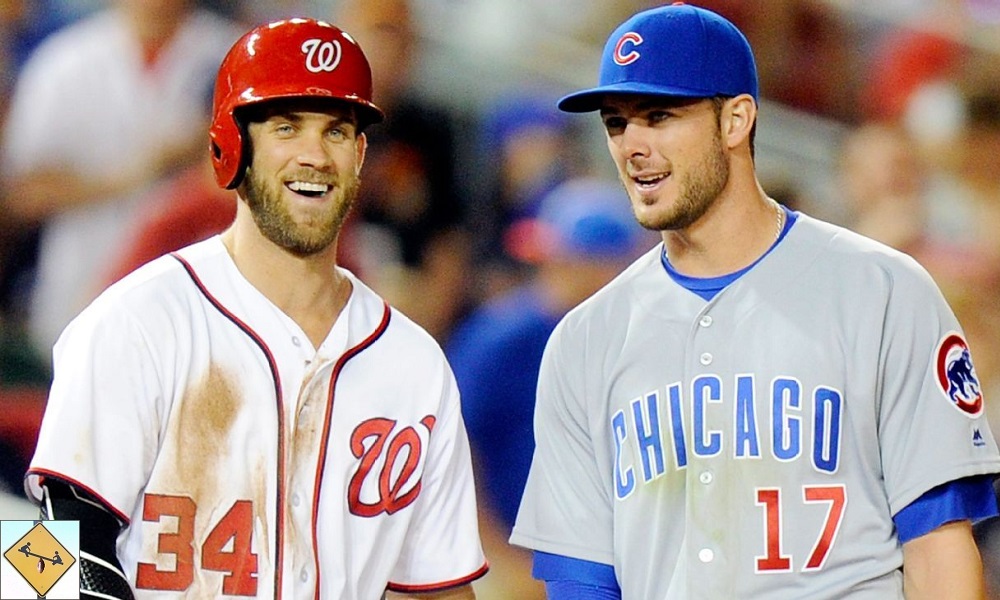 We broke our own rule and peaked at the 2018 MLB Standings in April. Wow are things upside down in the National League. The NL mayhem is legit, while the AL remains cool as a cucumber.

Major League Baseball standings don’t really matter until at least Memorial Day, but something strange is happening in the early going of the 2018 season. There was a set of seven teams that seemed like playoff shoe-ins before the season started. In the American League, all of our definitive playoff teams have looked fine. In the National League, none of them have! After breaking our rule and checking the 2018 MLB Standings, what the heck is going on?

The seven playoff teams prior to the year were Boston, New York (AL), Cleveland, Houston, Washington, Chicago (NL), and Los Angeles (NL). After that, one could bicker on the remaining slots, but there was no bickering between this septet.

After nearly a month of play, three of those four AL squads are indeed winning their respective division. The Yankees are lagging behind but sit just one game in the loss column out of a current playoff spot. Nothing to see here.

In the NL, however, armageddon has hit! None of Washington, Chicago, or LA lead their own division. None were even in second place until the Dodgers squeaked ahead of Colorado yesterday! The best record between the clubs (as of 4/24) is the Cubs’ 10-9 record. The Nationals are in fourth place in the East at 10-13. The Dodgers are in second place in the West at 11-10, a half game ahead of the Rockies.

Philadelphia and Atlanta have better records than these three kings, and both those squads were on the tail end of extended rebuilds that weren’t supposed to be finished yet. The Pirates are superior as well, and they appeared to be selling off assets prior to the season. Even the Rockies, owners of a -22 run differential, had a better record than any of the trio on Monday.

Is this random luck and scheduling noise, or are you actually worried about the NL stalwarts that were supposed to run away with division titles? All three still might, but this is an interesting start to say the least.

You would normally deserve some scorn for breaking your own rule and checking the 2018 MLB standings in April, but I’ll give you a pass this season. The National League is definitely worth investigating and there is a lot of intrigue for fans of both leagues. If you’re a fan of an NL team, specifically one of the former top three, then strap yourself in because its going to be a bumpy ride. I do not expect this mayhem in the standings to disperse anytime soon.

We both felt as though the road to an NL division title would be difficult for LA, Washington and Chicago. I’ll admit that I’m not surprised by the performance of those three teams, but rather the success of their surrounding competition. If only two or three teams were doing infinitely better than spring training expectations, then we could easily write it off as early season success that won’t last. Smart baseball fans like us know that a few teams do great in April every year, while a few playoff teams have slow starts. Beginning the season around .500 is certainly a slow start for the likes of Washington, LA and Chicago. I’m willing to give them a pass until next month. But how the heck do both the Mets and Phillies have five games on the Nationals? A whopping seven teams have records better than the former top three. Some of those teams will remain good all season.

ALSO ON BUZZCHOMP: NBA Eastern Conference Up For Grabs

I’m not surprised Arizona is doing well, because they were a playoff team last year. The same is true of St. Louis and Milwaukee, who both keep teetering around a wildcard berth season after season. I don’t think there is actually anything anomalous in the NL Central and NL West just yet, much like how the American League has played out to form thus far. The teams with positive run differentials are the teams who were all competitive in 2017. The Brewers and Pirates likely fall off by mid-May, while I’d be shocked if the Dodgers and Cubs don’t start getting hot. It’s the NL East that is a real mess.

Three teams have positive run differentials and the Nationals are not one of them. Atlanta is a whopping +28 and the Phillies are incredibly +33 in run differential. Washington is treading water at -9 thus far. I no longer believe that the trio of New York, Philadelphia and Atlanta are all a season away from being good. We can not ignore how great they’ve been this month, even if it doesn’t quite last beyond May and June. I’m also worried about Washington. The NL East will be won by a different team than the Nationals. They can still get into the playoffs, but it won’t be easy and it won’ be as a division winner.