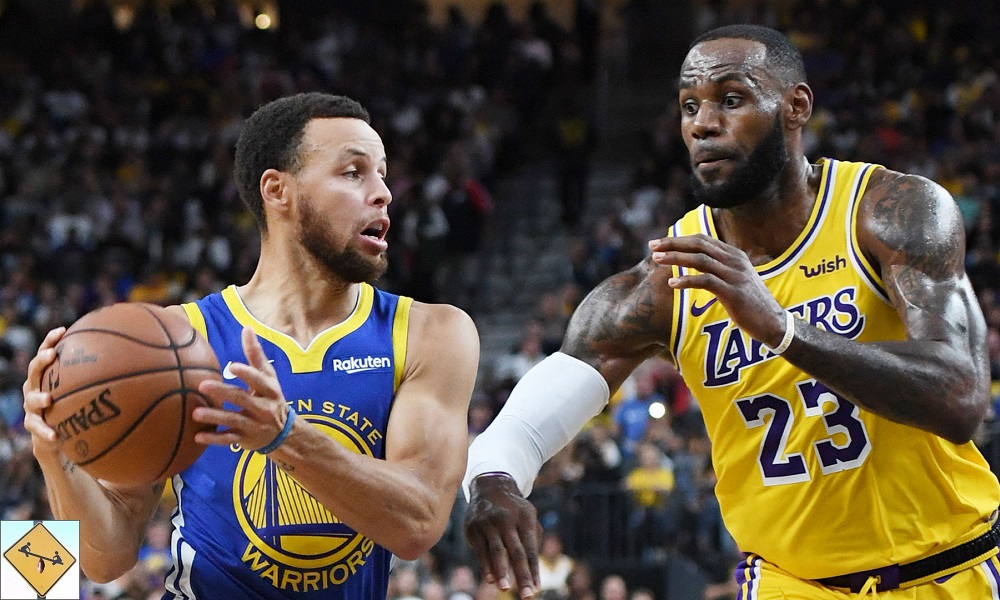 With a new NBA season comes predictions, but reminding us that Golden State is still on top is so boring! Our 2018-19 NBA Predictions answer six burning questions that will define the league.

A new NBA season tips off this week, beginning with a possible conference finals preview doubleheader when the Celtics host the 76ers and the Warriors host the Thunder. The NBA sure knows how to align a schedule! But what about 2018-19 NBA predictions?

Making predictions for a new season is fun, but making standard predictions can get tiresome. Instead, we’ve created a list of interesting thoughts for the new season in the form of Six Burning Questions. We’ve saved you from the inevitable Warriors championship and LeBron James MVP diatribes. The answers below will truly define the season, making them legit 2018-19 NBA predictions.

1) Will the 8th seed in the Eastern Conference finish above .500?

Todd Salem: As has become standard, the Eastern Conference looks to be far behind its counterpart in terms of team talent. However, the greatest expanse is not seen at the top. It’s seen in the middle. There look to be only three really good teams in the East and perhaps just six or seven solid teams in total.

Last year, the 8th seed won 43 games (four games back of its West counterpart). The year before, 8th place was exactly .500. 2015 was the most recent season in which 8th place was worse than .500, but the top three of the conference looks better than it has in years. Is that enough to crush the middle of the conference back down? I say yes. Be it Charlotte, Detroit, Cleveland, or someone else, 8th place doesn’t reach 41 wins.

Dan Salem: The answer to this question is Yes, because the top and bottom of the East are so drastically far apart. There is certainly a top three, but also a bottom three. Our middle of the road teams are actually decent, if we leave the West out of the conversation. With everyone beating up on the dregs of the East, our 8th playoff spot finishes with a winning record. Take that 2018-19 NBA Predictions and shove it.

2) Will Kawhi Leonard play in at least 70 games?

Todd Salem: With one of the best two-way players in the NBA in T-Dot, the Toronto Raptors are hoping to challenge for an NBA title this season. LeBron James is out of the East, so this seems as real as it’s ever been. But it all hinges on the returned health of Leonard. Last year for the Spurs, Leonard famously played in just nine uneven games. But the dirty little secret with Leonard is that he has never been among the league-leaders in games. In seven seasons, Leonard has never topped 75 games and played in more than 70 just twice. Granted, San Antonio was famous for resting healthy players, and Leonard played between 58 and 74 games for six straight years before last season.

It feels pessimistic, but I expect a slow uptick to the beginning of his season, followed by a ding or two as the year goes on. I don’t think Leonard reaches 70 games.

Dan Salem: A fresh start usually does wonders for a player, and Leonard has switched conferences as well. His injury history is working against him, but I think he does make it past 70 games this season. He is out to prove his value to every team in the league and can actually win the East with Toronto, if he plays like the All-star we remember. Don’t discount Leonard’s personal motivation to conquer the East for a team always coming up short.

3) Will Blake Griffin play in at least 70 games?

Todd Salem: Not a chance.

Dan Salem: This is a near certainty. Griffin will not play in at least 70 games. He always gets hurt in some way or another, so the likelihood of him staying on the court for over 70 games is next to none.

4) Who returns from injury first, Kristaps Porzingis or DeMarcus Cousins?

Todd Salem: Porzingis is rehabbing an injured ACL suffered this past February. The beginning of the season would make it roughly eight months since he went down. There is currently no timetable for his return. He happens to play for one of the worst teams in the league this year, adding to the chances that New York plays it safe and holds him back even longer.

Cousins suffered an Achilles injury last January, making the start of the season nine months since he was a factor. He has started taking part in 3-on-3 drills, but there remains no clear timetable for his return either. Unlike Zinger, Cousins plays for a team very much planning on challenging for the NBA title. However, the Warriors don’t really need his services at all to accomplish this goal, allowing them to take it as slow as they wish with him.

My gut says Cousins returns first for a couple of reasons. One, he was injured earlier. Though it was arguably a worse injury, he has had a bit more time to recover. Two, the Knicks may be inclined to hold Porzingis out longer than necessary, while Golden State will not. The longer the Warriors have to acclimate him into a rotation, the better chance he has of making a difference in the postseason.

Dan Salem: Cousins will be back in time for the playoffs, if not sooner. Porzingis really has no reason to play at all this season, since the Knicks are still rebuilding. He is the future of New York, but only if he stays healthy. This is going to be neck and neck for each player’s return. I predict they both come back for the final month of regular season games, to get their legs moving and ensure the Knicks win a few games they’d rather lose. Cousins will be first, because he has something to play for. But it could be as close as a few days or games.

5) Will Jimmy Butler still be on Minnesota on Christmas day?

Todd Salem: The fractured relationship between Butler and the Wolves continues to devolve each day. He has made speeches denigrating his two best teammates. Butler has demanded a trade to specific franchises. He has said he works harder than anyone and wants to play with winners. The Timberwolves, though, have also indicated that they don’t plan on trading him. Or, at least, Tom Thibodeau doesn’t plan on making a move that could lead to a rebuilding year and possibly cost him his job.

Christmas day is a big day in the NBA calendar, but it is an arbitrary endpoint for this question. The gist of it, since it seems that Butler will indeed start the year with Minnesota, is whether or not he will be on the team for the majority of his potential walk year (he has a player option for 2019-20). I say he will. The Wolves have too much talent to jettison a playoff season just because Butler may not come back next year. Unless he literally refuses to take the court on game days, Butler should stick around, albeit while being disgruntled. This might be the most exciting of our 2018-19 NBA Predictions!

Dan Salem: Every instinct is screaming that he absolutely will not be on the Timberwolves when the season enters 2019, yet you make some truly valid points. Why would Minnesota give him up? The answer is simple. Someone like the Lakers will trade for his services, considering he can add one more year to his contract with the player option. Los Angeles will be in the market for a veteran playmaker to push them into the playoffs. Their offer will be too good for a middle of the road team like Minnesota to pass up.

6) Will the Lakers make the playoffs?

Todd Salem: And finally, the question on everyone’s mind, is how good the Los Angeles Lakers will actually be in their first year with LeBron James. LA was a very bad team last year. Other than James, it added a number of questionable veterans who could actually be detrimental to the improvement and execution of the young guys looking to take that next step. How will the rotation shake out? Can this roster hold up in the deep Western Conference? How many wins is James really worth?

Last year, 46-36 didn’t cut it. Ten games over .500 still missed the postseason. And the back end of the West could be even better with healthy Memphis, a trying Phoenix, a deep Clippers, and of course everyone from that top nine looking solid enough to reach 46 wins again. That leaves 13 teams for eight spots. Now the Suns aren’t actually going to make the playoffs, but that doesn’t totally matter. It’s just one more squad that’s moved from purposely tanking to trying to win ballgames. And that makes a difference over the course of a full season.

That said, I’m still picking the Lakers to get in! LeBron James doesn’t miss the postseason, regardless of who his teammates are. Any of Portland, Minnesota, New Orleans, or San Antonio could fall out of that top eight and open up a spot for the king.

Dan Salem: Yes. LeBron James is worth a lot of wins and the Lakers were not that far behind last season. He elevates everyone and Los Angeles has a plethora of youth to be elevated. They simply must add a veteran with playoff experience to seal the deal.