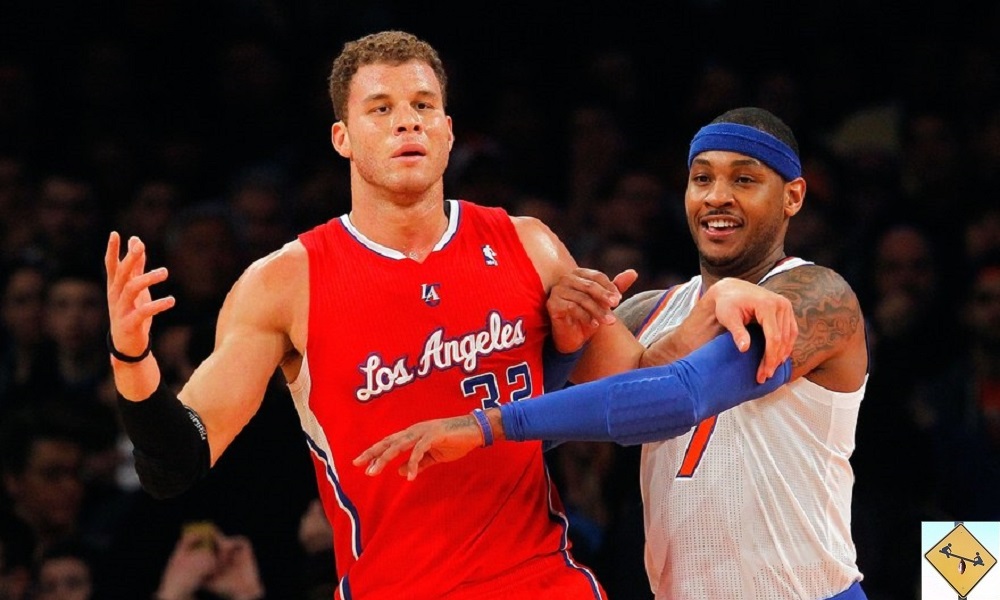 The 2017 NBA Offseason has spelled success for multiple franchises, but not how you think. Headline grabbing is the new success and players staying put often means more.

Who has been your favorite NBA summer league team to watch thus far? Mine is the Omaha Swish Shooters, since, you know, I assume summer league is made up of wacky rosters playing in far away cities. I can’t speak to it personally. I’ve never watched.

Though summer league is irrelevant, the NBA summer is certainly not. There is no longer a true “off” in offseason. After movement from Chris Paul, Paul George, and some of the best players in the league, the rumors continue with the likes of Carmelo Anthony. The NBA never stops.

What has been your single favorite transaction of the 2017 NBA offseason to this point?

ALSO ON BUZZCHOMP: Ten MLB Stats That Can’t Hold Up This Season

For me, within all the hoopla of All-NBA performers being wheeled and dealt, the best move was Denver’s signing of Paul Millsap. I know he’s older than some of these other star players, and he hasn’t had the scoring total of some of his peers, but the dude can flat-out play. He is joining a Nuggets roster that previously felt one key piece away from postseason contention. Millsap is that piece.

He will stretch the floor around Nikola Jokic. The Nuggets still have plenty of wings. Their ceiling comes down to point guard, but Millsap gives them a real star on both ends of the floor. I know no one in the West is going to challenge Golden State anyway, but these lesser teams can aim to jump a tier in the meantime. In terms of tier jumping, Denver has a chance to make the biggest splash with its new roster.

The Nuggets made a great signing this 2017 NBA offseason, getting Paul Millsap. From a pure value standpoint, adding Millsap does a great deal for Denver without hindering any other part of the team. Yet I prefer the moves that were made that ultimately have players staying put, because continuity means continued interest in a franchise. With the best two teams being a given, this is the only consolation prize.

My Los Angeles Clippers made two great moves in the 2017 NBA offseason. The team got an absolute haul for Chris Paul, who was likely to leave if not for the trade. He was too expensive for a team like the Clippers who have proven they couldn’t win with their current roster. Yet more importantly, Los Angeles is keeping Blake Griffin. This move to prevent him from moving keeps the Clippers relevant and fun to watch. Griffin puts on a great show and is a fun personality. He’s the face of Los Angeles basketball right now, Lakers included. That means an awful lot when your team is not going to win much of anything in the playoffs, barring the worst set of injuries ever seen to your opponents.

I also believe its critical for the New York Knicks to keep Carmelo Anthony as long as possible. We get the same song and dance every summer, because Anthony wants to play with his friends and win a championship before the end of his career. Who doesn’t? But the Knicks gain a lot by having Melo on their team. New York remains relevant.

It’s true that Knicks fans will love their team no matter what. But that pool of devoted fans has been shrinking for years. No one outside of New York City gives a hoot about the Knicks, but Carmelo Anthony is interesting. New York will trade him before his contract is up. Yet the longer they can drag it out and the more headlines they can grab along the way, the better it is for the franchise.


National attention is the only type of success remaining for NBA teams not named Golden State, Cleveland, San Antonio, or Boston. Those are the top four teams in the NBA. Those are the four teams with an actual chance of winning the NBA title next season. But realistically, it’s the Warriors and everyone else. People want to elevate Houston, but until they prove the new marriage will work, they are just grabbing headlines and making noise. That’s a 2017 NBA offseason win.