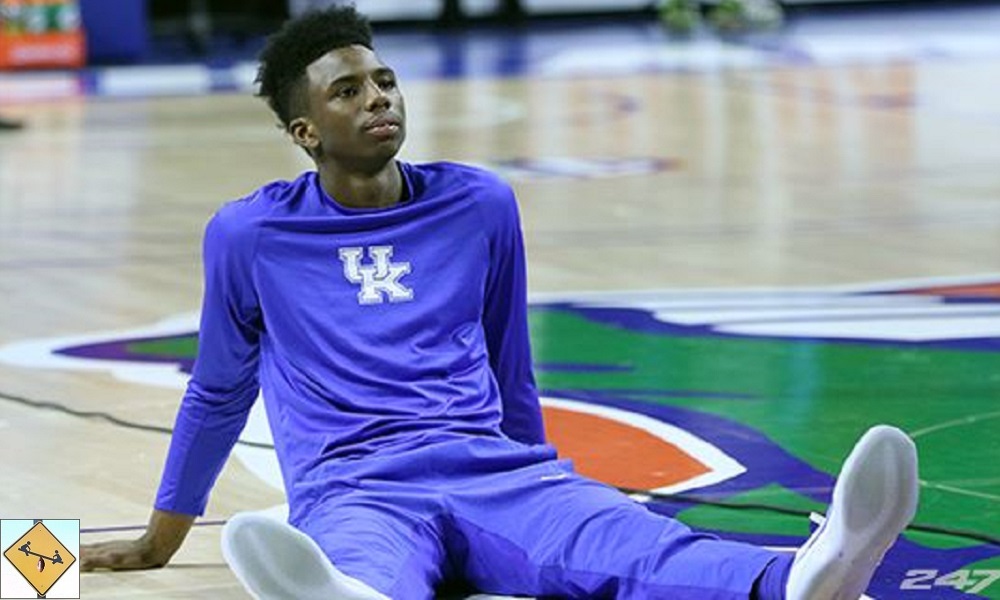 Fans are all familiar with the ‘One and Done’ option for players entering the 2017 NBA Draft, but there’s also a ‘None and Done’ loophole. Who wins with this new path to the NBA?

The deadline to pull your name out of the 2017 NBA Draft was last week. College players were able to go through the process (as long as they didn’t hire an agent) and then determine, a month before the draft, whether or not they felt like they should remain in consideration. This rule change to test the waters was instituted recently, and it seems to be having a positive effect on the futures of these young kids.

One interesting loophole or caveat came out of the draft process this year, though. Kentucky shooting guard Hamidou Diallo used the stipulations properly. He entered his name into consideration for the draft, went through combine workouts, interviews, and what have you. Then, after determining he would be better off playing the 2017-18 basketball season in college, pulled his name from the draft pool. He will return to play for Kentucky this coming season. The only issue is that Diallo has never played a game for Kentucky.

ALSO ON BUZZCHOMP: How Game of Thrones Will Wrap Things Up

Diallo was one of the top high school prospects in the 2017 NBA Draft class. A 5-star recruit, he graduated high school early and enrolled at Kentucky for the spring semester in 2017, redshirting and never seeing the court. Scouts believe he would have been a late first-round pick had he left his name in the draft for this very season.

Maybe that is a poor way to phrase this because these kids certainly enjoy playing basketball. But if history is any indication, high-ceiling recruits are drafted for their potential. The only thing playing an actual year of collegiate basketball can do is make teams aware of their limitations.

First off, where do you stand on the one-and-done rule to begin with? Then, do you see a problem with so-called none-and-dones if it becomes a trend? At this point, why have employment regulations at all?

Personally, I have always been fond of the baseball ruling where players can be drafted out of high school, but if they decide to attend college, they must stay for three years. I know it doesn’t translate as perfectly to basketball, but no system is perfect. I just worry that, no matter what the rule is, there will be prospects who realize their pro potential will remain ever higher as long as they don’t play any games. Owners and general managers always swing for the fences in drafts, hoping to land a superstar. If a kid is an actual superstar, the circumstances hardly matter. But if he’s not, the only thing playing in games can do is lower his stock.

What’s truly interesting to me is the developing trend of NBA rookies needing time to learn the professional game of basketball. We see this in the NFL with nearly every player. Major League Baseball has the minor leagues, keeping every rookie out of the league to begin their careers. But the NBA has been the opposite in the past. Rookies have stepped in and taken over, competing step for step with the current all-stars and veterans. Even players right out of high school had instant impacts. Diallo’s decision might be the purest example of this new trend in action.

I’m a fan of the one and done rule, as opposed to allowing players to enter the NBA regardless of collegiate experience. This builds in more experience for the player, ensuring the NBA receives more developed talent. The none and done option makes sense for only a rare player, one with an exceptional high school resume who is worried that higher level competition in college will hurt their stock in the NBA Draft. Does this sound like the attitude of ANY professional athlete ever? Hell no! Professional athletes know they are the best at their sport. It’s the exception who will lose draft position by playing in college. Diallo can be a high first round pick in the 2018 NBA Draft, instead of a low first round pick this year. Or he can play himself out of the first round, but that seems unlikely.

While a great high school player can step in and impress fans, is an 18 or 19-year-old really going to dominate an experienced 25-year-old? No. If that player is going to actually dominate, then he is the exception and a year in college is not going to change that. It could lead to injury, but that’s always the case no matter where you play. I believe an education is important and a free one is a gift. It’s hard to put millions of dollars on the shelf for a year, but adding to your resume normally helps draft stock.


The 2017 NBA Draft already features a few potentially transcendent players. But will the number two pick make the Los Angeles Lakers a playoff team next season? I don’t think so. Not right away anyways. The NBA has never been so stuffed with great players and they aren’t all planning to retire. Rookies would be smart to enter the league prepared.