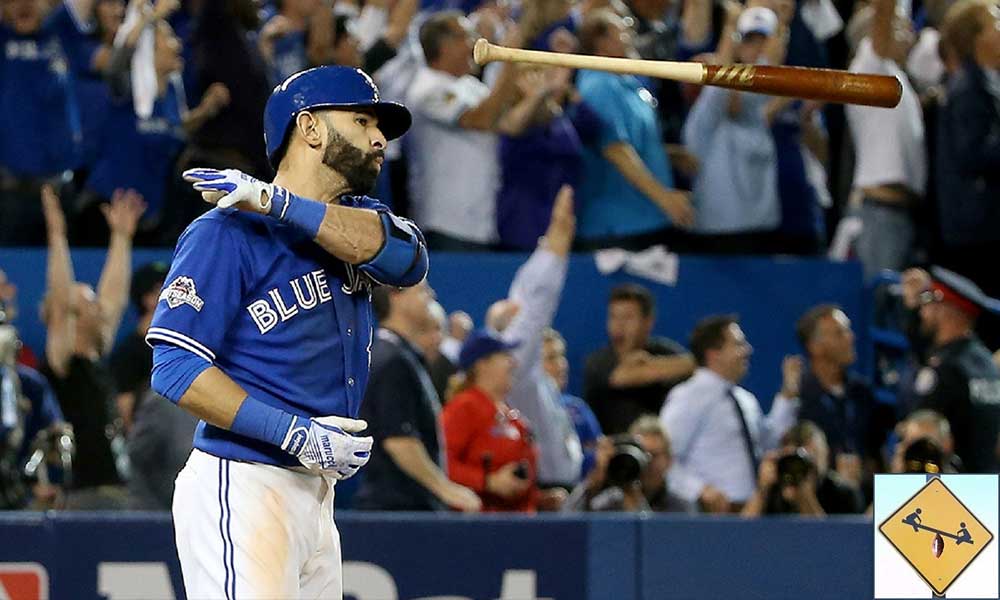 The current 2017 MLB Standings are full of truths, like the end of three teams’ seasons. The Cardinals, Blue Jays, and Padres are finished. Run differential does not lie.

The New York Yankees are holding steady with a 10-5 record and far and away the best run differential in the entire league. At +28, New York is six runs better than the second-place team and a whopping 16 runs better than any other AL club. The pitching has remained pristine, and the hitters continue to come through. The Yankees are an exciting team right now. Not everyone has been so lucky. One of the Yankees’ AL East peers, the Toronto Blue Jays, are in an immense hole already, and it’s just April 21st.

Toronto, who many predicted would battle for a playoff spot, most likely through a wildcard berth, is 3-12 on the year. The Blue Jays have yet to win a series all season. They haven’t even tied any series. This, despite playing two weird two-game series already this month. The team’s older hitters are old and are not hitting. Its best player, Josh Donaldson, is on the disabled list. So is the team’s best pitcher, Aaron Sanchez. Things aren’t looking good as the Jays are already three wins behind every other team in the Majors.

ALSO ON BUZZCHOMP: Star Wars – The Last Jedi Tells All In Whispers

It’s April 21st and 147 games remain for this team. It seems idiotic to write a team off after nine percent of its season. And yet…aren’t the Jays done? I doubt any team that has started this poorly has ever made the playoffs. It is a weird set of circumstances in baseball. The season is ever so long, but a bad start can crater a team for good. Obviously, most of that is quite logical. Bad teams get off to bad starts, and bad teams won’t make the playoffs. The “good” teams that get off to bad starts are usually only good in the preseason. Once the year progresses, we learn they are average at best. That is what Toronto feels like: an average-at-best team that got off to an even worse start.

Ironically, every other team in the sport has between six and 11 wins right now. I’m not sure anyone else can be ruled out at this juncture. It is worrisome for your Texas Rangers that they are in last place; same goes for the St. Louis Cardinals and San Francisco Giants. That is a weird trio to see in last place in their respective divisions. But the gap between them and a postseason spot isn’t very large yet, and teams have played uneven schedules. Even the Cubs are just 8-7!

Don’t play coy with me. We both know the Toronto Blue Jays are done. The team has dug itself too large of a hole and shown no signs of a significant rebound. I don’t feel good about my Texas Rangers either, but only two other teams are also finished as of April 21st. With the literal records all so close, run differential means absolutely everything.

While the Yankees appear playoff bound with a +28 point differential, I’m flat-out writing off the Blue Jays, St. Louis Cardinals, and San Diego Padres because of their -21, -21, and -28 run differentials respectively. I realize only Toronto has a detrimental record at the moment, but being under .500 and giving up SO many runs shows me that St. Louis and San Diego will not be playing in the postseason this year.

Only one other team in the current 2017 MLB Standings has a negative run differential greater than twenty, the Detroit Tigers. This team appears to be an anomaly, as they currently lead their division with an 8-7 record. Yet I’m not buying Detroit, because the Tigers have given up nearly twenty more runs than even the Blue Jays, who are absolutely awful.


The April standings tell lies, but a team’s ability to score and not allow runs does not. Toronto, St. Louis, and San Diego are finished because they are far and away the worst at doing these two things well. Sorry not sorry. The current 2017 MLB Standings are rather revealing.