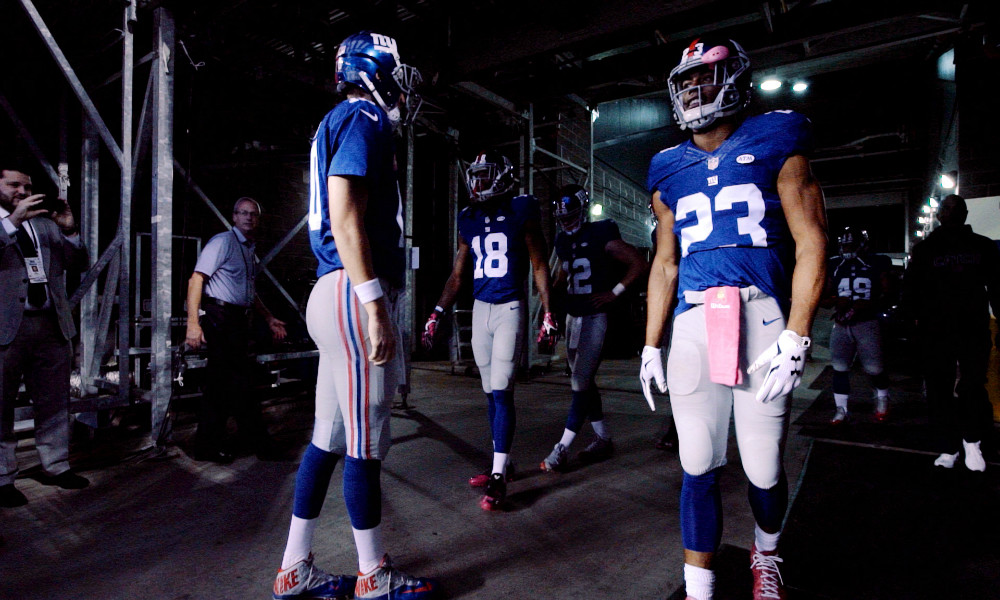 The New York Giants could be much improved on where they were as a team last season, but it may not matter in the end. Because of the way the 2016 NFL schedule shook out, New York could be doomed to a similarly upsetting football season. (Photo Credit: nytimes.com)

The New York Giants were given no favors with the release of the 2016 NFL schedule. With the up-and-down nature of football, with teams jumping from worst to first and vice versa every year, it is often hard to tell who will actually be good months before the season starts, but we still have an idea. And New York seems to face a large quantity of superior opponents.

The season begins at Dallas against the division rival Cowboys.  Dallas should be a completely different squad from the one that went just 4-12 in 2015. With a healthy Tony Romo, it may finish as one of the best offenses in the conference. From there, perhaps the easiest reprieve of the season takes place in Weeks 2 and 3 against teams that are certainly far from pushovers: New Orleans and Washington. This says more about NY’s slate than it does these two teams. Washington, after all, was last year’s NFC East winner. But that is the only example all year of two straight home games against winnable foes. The other “easy” slate takes place midseason with a home game against Chicago followed by a trip to Cleveland. 2016 will not be a fun ride for the Giants.

Besides facing each East team twice, New York has runs against the NFC North and AFC North, two divisions that are arguably the two deepest in the sport. The NFC North has two conference-title contenders in Green Bay and Minnesota. It also has two other teams that aren’t really that bad despite being a tier or two below their divisional peers. Based on point differential from 2015, the Bears were actually the best last-place team in football by a comfortable margin.

And the AFC North is likely even better. All of Cincinnati, Pittsburgh and Baltimore are teams who consider themselves elite and championship contenders. The Ravens had a rough season last time out because of injuries and the like, but they should be back this year. Of this group of eight opponents from the North divisions, Cleveland exists as the only game New York will surely be favored in.

The two remaining games of the Giants’ season come against the other third-place NFC squads from a season ago: New Orleans and Los Angeles. New Orleans may be good or bad; it’s hard to tell at this point. Whether Los Angeles is good or bad, the game won’t be easy for New York considering it will take place in London. The only fortunate outcome of this is that it counts as a Rams’ home game and not one for the Giants.

What NY will be banking on is another down year for its own division, to take advantage of what could be suspect teams in Philadelphia and perhaps Dallas and Washington as well…though no one can feel confident that the Giants stand above any of those teams.

New York should be a better overall club than it was in 2015. However, don’t be surprised if the season record looks similar by the time Week 17 rolls around. The schedule does the team no favors.