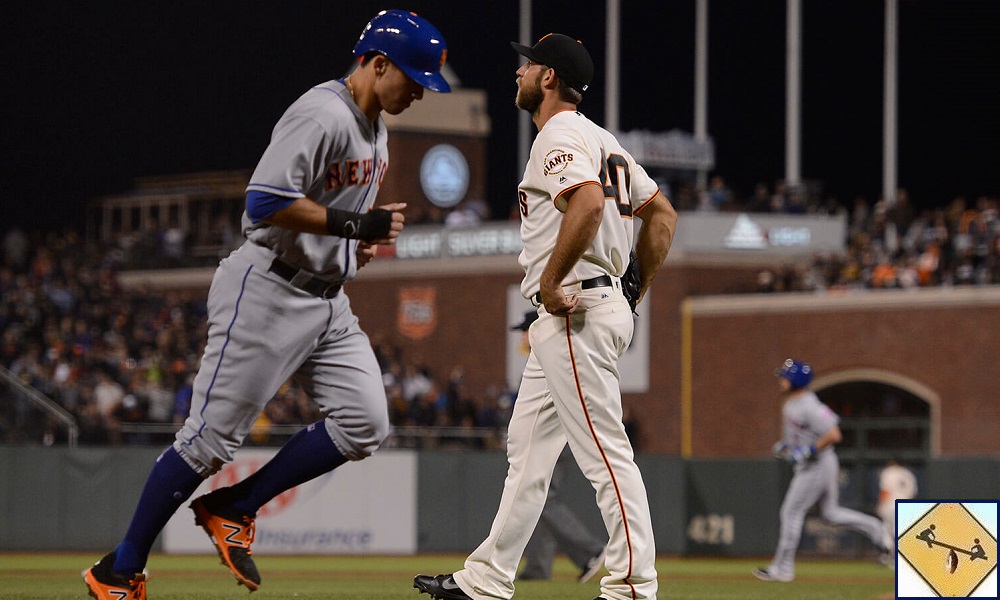 Which teams have the edge as the 2016 MLB Playoffs kickoff? The Wildcard Round favors big bats, but the jury is split on who owns them.

It is no surprise the Toronto Blue Jays held onto a wildcard berth in the American League. It was, though, kind of surprising to see Baltimore continue its hot play and make it into the 2016 postseason as well. Does this simple statement mean I am picking Toronto to advance past the first round and see the Orioles losing out? Yes, yes it does.

ALSO ON BUZZCHOMP: Remembering Jose Fernandez and His Smile

To see that the Orioles may be outclassed in this postseason just look at their run differential. It was the same as Detroit’s and far worse than Seattle’s this season despite the absence of those two teams from the playoffs. According to Bill James’ Pythagorean expectation formula, Baltimore was only expected to win about 84 games this season, overachieving by a whopping five wins. That doesn’t mean it doesn’t belong in this game. It only means Toronto is better. Baltimore also has to travel on the road for this game because it lost the season series nine games to 10. During the full year, the Orioles were below .500 away from Camden Yards.

We don’t yet have the pitching matchup for this wildcard game, but neither team was known for its starting pitching anyway, though both would fare much better finding one capable starter as opposed to enough for an entire series. The Orioles’ big advantage would be in the bullpen where it led the AL in ERA, but Toronto isn’t too far behind in opponent batting average allowed by the bullpen. This is the Blue Jays’ game to lose.

In the National League, the San Francisco Giants would seem to have a similar advantage over the New York Mets that the Blue Jays have…except the Giants haven’t been the same team in close to three months. They finished the first half of the regular season with the best record in baseball and subsequently went 30-42 the rest of the way.

Of course, they won four games in a row to finish out the year and make this wildcard game, and the Mets are hardly world-beaters with all the injuries they have sustained. I don’t particularly like either of these squads, but I dislike the Giants less.

The pitching matchup for Wednesday’s tilt is projected to be Bumgarner versus Syndergaard because the baseball gods are occasionally merciful. While amazing on paper, Syndergaard has shown some control issues recently, which is a bit worrisome. He walked roughly 1.5 batters per nine innings during the season’s first half, and that figure ballooned to about 2.9 batters per nine after the break. He has been better, though, since a shaky early summer. I expect him to bring his full arsenal, but with Bumgarner on the mound and Bruce Bochy in the dugout, I think San Francisco finds a way to advance to face the Cubs.

I don’t find anything surprising about all four of our Wildcard Round representatives, because each dominated at one point of the season. In the American League both Toronto and Baltimore were on top of the Wildcard all year. The Orioles led the AL East for much of the season and jockeyed with the Blue Jays for that top Wildcard spot once Boston overtook them in the division. While Toronto is the home team with seemingly more fire power, I like Baltimore to advance and take on Texas.

Both AL teams feel even in the pitching department, so it’s the big bats which will decide this outcome. On the season, Baltimore has over 30 more home runs than Toronto as a team. The Blue Jays crossed the plate a few extra times, but I side with the longball once the playoffs roll around. Add in Baltimore’s stronger bullpen and its the road team which wins this one game playoff.

In the National League I’m siding with the home team and the New York Mets. Not only have the Mets been the hotter team over the last month, if not the entire second half of the season, but they have absolutely destroyed San Francisco when it comes to the longball and hitting home runs. New York has 88 more home runs than the Giants on the year. In a one game playoff I’m taking the big hitter and in this matchup its the Mets.

The fact that San Francisco rallied to make the playoffs is a nice story, but New York returning to the postseason after making the World Series last year is an even better one. They overcame strong odds in their return and have played infinitely better than the slumping Giants. San Francisco’s pitching scares me, but I believe the Mets and their propensity for the home run can overcome their opponent’s main strength. New York advances to face the Cubs.