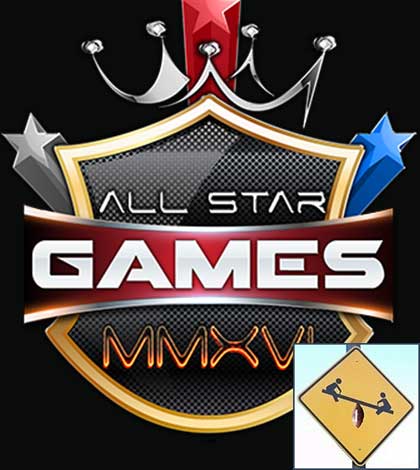 The 2016 All Star Games are becoming a sham, as fans shun the honor and players like Kobe Bryant lead vote getters. Even an unknown like NHL player John Scott is a leading vote getter, making a complete mockery of the award. The honor needs to be saved before all fun is lost.

The rosters for the 2016 NFL Pro Bowl were announced before the holidays to little fanfare and no reaction. This may actually be a good thing. You see, the only news All-Star rosters ever make these days is when a gigantic mistake or oversight was made or when people are clambering for the event to be disposed of permanently.

In the NBA, a gigantic mistake is pending. Kobe Bryant leads all vote-getters by an immense margin as fans want to see him play in the game in what is his final season before retirement. Kobe is an awful player this season, but this seems to matter very little to the fans. And I suppose that’s the exact point of the All-Star fan voting; to get players that the fans want to see.

In the NHL, the practice is being taken to even further extremes. If you check the list of the current leaders for NHL All-Star votes, everything seems normal up until the very top guy on the list.

Ahead of Patrick Kane, Alex Ovechkin and even the NHL’s version of Kobe if Kobe were still good, Jaromir Jagr, sits 33-year-old winger John Scott. Scott has five career NHL goals in seven seasons and has played in just nine games this season for the Arizona Coyotes.

Scott leads all players in votes for the All-Star game because of some internet/blog petition to get him in there. It’s working because the fans want it to work. So, is this to the point of the All-Star game?

I like it mainly because I don’t care one iota about the outcome of these games. Also, when John Scott retires and his career is put up for reflection, he may be the only player in league history with more All-Star game appearances than career power-play points.

The 2016 Pro Bowl rosters were fun to read, but with no blatant snubs, there’s little to nothing to say about the selections. It’s a similar story in the NBA and NHL. Only crazy outliers like Kobe Bryant and John Scott make us take real notice. Whatever Major League Baseball did to make fans care about the legitimacy of things needs to be harnessed into an elixir and passed along to the other major sports. If the All-Star game does not represent a true award to the game’s best, then where does this honor come from?

I like getting Kobe Bryant voted into the 2016 NBA All-Star game. He’s an all-time great player in his final season, so having him participate in the ultimate fan game is a great thing for the NBA. I’m willing to accept that getting Kobe into the NBA All-Star game means that a player like John Scott gets voted into the NHL All-Star game, but there’s an actual fix for this predicament. There’s no reason for this trade-off. Simply enact a minimum requirement for players, so someone like Scott becomes ineligible for lack of playing time. This is the case in Major League Baseball, and the MLB All-Star game is currently the best example of a game done right.

The major sports leagues need to honor the great seasons of its players. This is what the All-Star games are meant to be. There are no physical trophies, but being a Pro Bowl player or an All-Star is the highest in-season honor a player can receive, not including league MVP honors. This is the real shame of what’s happening in the NHL. If Scott gets voted into the game, then another deserving player will be robbed of the accolade. Expanding the benches and reserve lists by one or two slots could right this wrong as well, but the honor needs to remain. Giving fans a vote is fun, but we are not the best judges of whose season has been best. No system is perfect, but the 2016 All Star Games are becoming a sham.