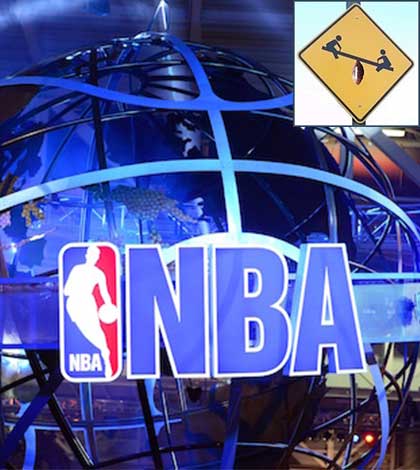 2015 NBA Free Agency has been an intense roller coaster with all cheers and little screaming. Unless you’re a Knicks, Lakers, or Celtics fan. Sorry guys. Our Running Diary kicks off Wednesday morning and takes things day by day, through the insanity of NBA deals.

NBA free agency opened earlier this morning, and there are a ton of huge names available in the market. Some of those names (LeBron, Marc Gasol) are not going anywhere; they are just technically free agents.

However, there is a large swath of big-name players who are legitimately shopping around. My question is whether you think any of these guys can swing someone who’s down back up into a major contender.

For example, LaMarcus Aldridge’s name has been linked to the Los Angeles Lakers, among others. If he joins someone like San Antonio, the Spurs would obviously be in great shape, but they already were. So that doesn’t qualify. Would Aldridge make the Lakers a playoff threat though?

I’m not sure any one player can swing a bad team into actual contention, but two guys could. Unless the ‘bad’ team already has one solid player, I don’t see the tide turning that dramatically. Yet the Lakers are an interesting outlier. They were so bad last season, yet I’m not prepared to ever count out Kobe Bryant. Aldridge would be a solid addition, but it’s truly the players like Love and Gasol, who aren’t likely moving, that can swing a team like LA.

Anthony Davis would have swung any and all teams, but he stayed in New Orleans to build a champion. The big cities are becoming less and less of a draw these days.

Good point, since DeAndre Jordan may leave the other LA squad for Dallas or New York. Joining the former makes the Mavericks intriguing while joining the latter probably does nothing to help the Knicks in the long run.

Dwyane Wade opted out of his deal, as did Kevin Love. Both may leave their previous confines for a better situation or a bigger offer. Then there is a slew of second-tier names who are valuable pieces if an alpha dog is already in place a la Paul Millsap or Jimmy Butler, among others.

Of the big markets previously down on their luck (LA, NY, Boston), I actually think the Lakers have the best chance to move into playoff contention despite playing in the Western Conference. Rookie point guard DeAngelo Russell could be special; they will also get last year’s top pick Julius Randle back from injury. Adding a star piece who can play next to Kobe at least makes the roster interesting.

In some respects, early July is the most exciting time of the NBA year. Sure, no games are being played, but in this day and age of fantasy sports and armchair general managers, a majority of fans find more interest in this, me included.

Those second tier guys are the real steals of this Free Agency period. Today might prove to be a huge day, if the dominoes all start falling. One of the former marquee teams that currently suck, read Lakers and Celtics and Knicks, have to make a splash. Their fan bases are certainly loyal, but we may soon find out their breaking point.

The cities of Los Angeles and New York both have two NBA Franchises, with one that is currently winning not named the Lakers or Knicks. If the Clippers and Nets make the moves instead, will fans jump ship? True fans won’t, but only time will tell. There are no excuses any more, with the cap growing and ample money available to be thrown around. Only playoff basketball is more exciting than this!

Knicks fans in the Wild

Free agency opened yesterday and I was prepared to create a plausible and fun checklist of lower-rung teams who could jump up to contention level by signing the right guys. By Wednesday evening that plan was deemed irrelevant by the basketball gods.

He’s right, but the interesting thing is how much of the more than $1 billion that NBA teams handed out to free agents went to keeping guys with their old squads. Jimmy Butler, Goran Dragic, Danny and Draymond Green, Kawhi Leonard, Kevin Love, Khris Middleton and Paul Millsap were all major assets on the market who decided to just re-up. Other, smaller players did the same. Only a handful of meaningful pieces actually switched residences during the hectic day.

Of course, a bunch of top names still remain free (for now). LaMarcus Aldridge remains atop that list. He has already ruled out the Los Angeles Lakers as a possible landing spot, as has Marc Gasol. Gasol though, like LeBron James, is all but guaranteed to go back to his old club like the rest of that previous group. So do you see ANY free agents changing teams and making a championship-caliber difference this offseason?

Its fun to see the home-town discount actually become a home-town reward, as the big name players stay put with big-time contracts and extensions. This of course ruins the entire idea of ‘bad’ teams turning things around, but screw that. I love seeing teams able to stay together and continue their championship dreams as one consistent unit. I don’t see many players trading uniforms and turning a franchise around.

The Kevin Love decision was probably the biggest, as his impact on other teams would have been huge. Yet it was no surprise that he chose to continue to play with two of the best players in the league, and arguably last season’s champion if not for injuries. Cleveland has something special.

The other move that stood out to me was Paul Pierce joining the Clippers. If they can get Jordan to return, that team is now a full step better than last season. Pierce carried the Wizards at times last season, and returning to his home town to play for his old coach and attempt to end his career with another championship is a sweet, sweet thing. As the Lakers continue to trend down, the Clippers keep trending on up.

Back to those ‘smaller’ moves with potentially big impacts; both Tyson Chandler and DeMarre Carroll are nice players and good assets who now have new homes. They don’t swing the tide of a title team though. Aldridge might, depending on where he goes. The other names still remaining fit more into that former group I think: the Rajon Rondos, Wesley Matthewses, even Dwyane Wade. DeAndre Jordan is a big piece, and he will make the Clippers a title favorite if he returns, but then he automatically fits into that original group and becomes ineligible for my question!

It’s a weird free-agency period thus far. So many names were out there and so many moves have happened so quickly. Yet the NBA landscape looks very much unchanged. For all those who thought the Lakers or Celtics might make some splashes to get back into the league’s competitive class (including myself), they were sorely mistaken.

Well Dwyane Wade got his home-town deal, as expected. And the New York Knicks signed a player! Arron Afflalo won’t sell many tickets, but he’s a solid piece to the puzzle. What scares me is how quiet the Lakers and Celtics have been. Is there a blockbuster building into the holiday weekend?

Boston and the Lakers feel like one move away from contending. Maybe the Celtics are two moves away, but regardless, both teams have been a little too quiet for my liking. Are they really going to cry uncle, or are they about to completely change the NBA landscape over the weekend?

I predict at least one deal, coming out of Los Angeles. Sorry Celtics’ fans, but it appears your team is what it is.