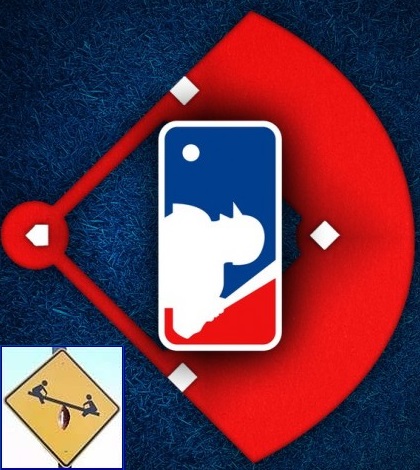 The first month of a new baseball season tells little truth, so we put the records of three MLB teams to the test. Are they honest or pure chicanery? Adding the Chicago Cubs to the mix was icing on this baseball cake of lies. 2015 MLB Trends get the debate treatment.

In Monday’s column you played Honest or Chicanery with the following three MLB records:

It would have been a shame for you to start off this game of Honest Chicanery with a piss poor record, so it’s fortunate that you nailed two of these three correct…insofar as I agree with two of your three answers.

The only one you missed in my mind is the first one. The Kansas City Royals are pulling some fast chicanery on the league right now. Sure, they made it all the way to the World Series last year, but that doesn’t say anything about the roster other than it is capable of getting hot. And hot is what KC is right now, nothing more.

The team is batting close to .300 as an entire unit, easily pacing all of baseball. That is insane beyond just the figure. This team is not made up of good contact hitters! Mike Moustakas, a career .240 hitter, is batting over .340. Lorenzo Cain doesn’t seem capable of making an out if he tried. Alex Gordon, arguably the team’s most consistent hitter, currently has the lowest batting average of all nine regulars. Nothing that’s happening right now exists in the realm of logical conclusions over an extended period.

The bullpen is still a masterpiece, but the starting pitching is actually worse than last year’s club that failed to produce even a single 15-game winner. All signs point to the Royals declining, and beyond that, I still don’t think they even make the playoffs this season.

With the other two teams, I pretty much agree with you on where things stand. The New York Mets are pure chicanery at this point. They are not the best team in the league even if their record begs to differ. The pitching staff was bound to be good this year, but this is even too good coming from the guys who weren’t supposed to contribute elite numbers. The offense remains so poor that any dip in pitching production and New York’s record will begin to drop precipitously.

As for the Baltimore Orioles, what can you say? This is an average ball club in a very clustered division in a very clustered league. The fact that they were in last place in the division didn’t really address anything about their team since the entire AL East was and remains so bunched. But the near-.500 record is pretty indicative of things to come.

J.J. Hardy is due back from the disabled list within the next week or so, but he won’t be enough to help an offense that has been Adam Jones and eight strikeouts thus far. Jones is playing like an MVP candidate right now. No one else on the roster with at least 40 at-bats has even single-digit strikeouts (as of 4/28).

The Orioles are not going to fall out of the division race just because no one else here is good enough to pull away. An 8-10, 9-10, etc. record though speaks pretty honestly to what this team has in store. (Subtracting home games from the schedule because of riots in the city doesn’t help matters either, even in just a baseball sense.)

Before we move on to the player side of Honest Chicanery, is there any other squad that sticks out in your mind as having a record that is really fishy?

There are several teams that jump off the standings for one reason or another. The Blue Jays were once again touted as great in Spring Training, but find themselves muddling at two games under .500. The Houston Astros are dominating their division at 14-7, but its foolish for me to even ask. We both know that is chicanery. Two other clubs mad our playoff picks and are struggling mightily. Both the Indians and Mariners find themselves with losing records.

The team that deserves to truly be questioned is the Chicago Cubs. At 12-8 they sit firmly in second place in the NL Central behind the Cardinals. But what jumps out to me is who they’ve beaten thus far, namely all division opponents. I feel strongly about the Cardinals, Pirates, and Reds as good baseball teams this season, yet the Cubs have beaten up on all three. They’ve given up over 5 runs only four times this season, and three of those games were victories for Chicago.

Are the Cubs going to be in real contention this season? Is their record honest or chicanery?

Prior to the year, many folks had them as the breakout candidate of the NL, toppling the Cardinals for the Central title. I wouldn’t go that far, but this team is going to battle for a playoff berth deep into summer.

This nice start is with ace Jon Lester pitching terribly, which is bound to turn around once he gets used to the league. It is also with limited runs from many of Chicago’s young, super talents. Kris Bryant and Addison Russell are both notably still under 50 at-bats apiece.

This team is beating its peers before it’s even hit its stride.