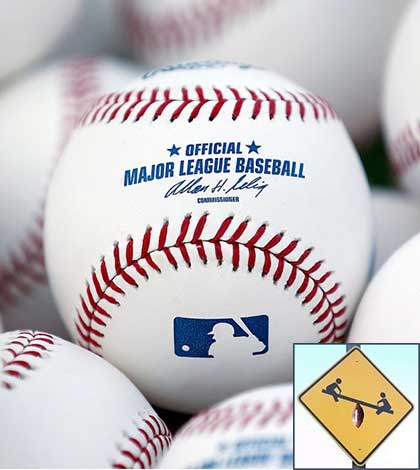 If the awesomeness of the MLB All-Star break was any indication, the second half of the 2015 MLB season will be red hot. Like smoking guns a blazing and people screaming hotness. Time for debate.

As expected, I correctly predicted the Home Run Derby champion (Todd Frazier) as well as the All-Star game victor (American League). Did you expect anything less?

In all seriousness though, what an event for Major League Baseball! The All-Star game was fine, nothing special but nothing bad. Mike Trout was named MVP again because he’s peerless in a sport of amazing men. Jacob DeGrom had perhaps the most impressive outing of any replacement. It was a good time.

The Home Run Derby though stole the show and hit a proverbial home run, getting just about everything absolutely perfect. I was blown away and surprised. Before the action started, I was dubious of how the time limits would work with the sport of baseball. One important factor that I was not aware of beforehand was the rule that the pitchers had to wait for the previous ball to hit the ground before delivering the next. This simple addendum cleared up a lot of style quirks that I was worried about.

Of course, Anthony Rizzo started things off and confirmed all my worries. It looked like he was going too fast, even with that rule. He rushed too many swings. His matchup with Josh Donaldson to start off the event was kind of disappointing (although it was quickly overshadowed). What it did do though was make it seem like MLB lucked into some awesomeness. Because of the pending rain storm, they decided to alter the rules: five-minute rounds down to four, one set distance bonus. These changes may end up being the ultimate setup. After going through the bracket with each player receiving four minutes and a 30-second bonus, five minutes plus additional bonus time seems waaay too long. I don’t want players slowing down and gathering themselves every 10 swings. That defeats the purpose of the timed event.

So we’ll see if baseball actually sticks with the changes that were forced upon it. Nevertheless, the bracket-style worked as well as everyone knew it would, and the ticking clock was fantastic. What’s better than a buzzer-beating home run?? Seriously!

My only negative from the entire night was the announcers’ propensity to say “good timeout!” When is a bad timeout? You have nothing to add to these proceedings and come off like morons. Every timeout, no matter whether it was called with three minutes remaining or one minute remaining was a “good timeout.” Ughh, announcers are the worst in everything.

Nothing is better than a buzzer beating home run. Nothing! The All-star game itself was also fun, if not somewhat anti-climatic as usual. Since our favorite MLB team is actually in the pennant race, go Yankees, I’m also excited to see if homefield advantage for the American League ends up mattering to the future AL champs.

None the less, the All-star break has been more fun than usual and Major League Baseball as a whole is looking right side up. Nearly every division is currently led by the team more or less expected to be ahead. The lone exception might be the New York Yankees, yet that has more to do with the poor play around them and less to do with their own winning ways. The Royals also feel surprising, yet they ended last season atop the American League, so counting them out this year was obviously short-sighted.

The best thing heading out of the break is how close every division is at the top. Five games are a gap easily closed. Its one winning streak away from disappearing. The real story here are the teams in second place, the ones with the best shots to overtake their divisions.

Outside of the Giants who won it all last season, none of these teams were expected to excel in 2015. Sure the Rays were due to bounce back, and the Pirates were a hot pick in April, but overall its baseball’s current parity at its best.

Summer is just getting started and I’m ready for a hot trade deadline. Red hot.