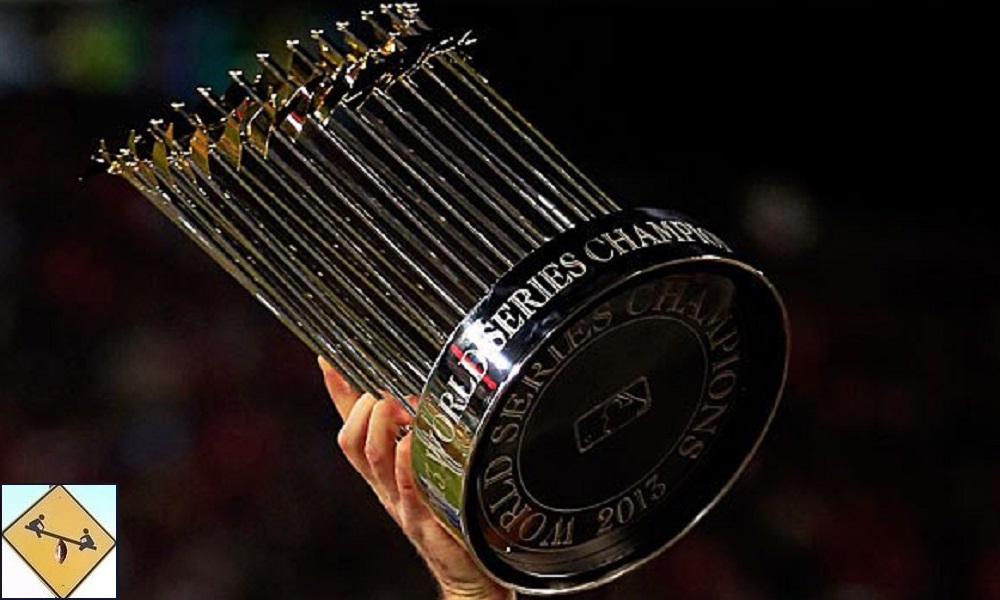 Youth and pitching will dominate baseball, as the American League retains the title. But which Texas club is champion? The MLB debate is on. World Series predictions 2016.

We have our playoff crop of teams, or at least a general idea of who we like to battle for the World Series. Because of the tenderloin-and-bologna nature of the National League, I find myself favoring the NL’s best in the playoffs. Am I falling victim to comparison shopping bias? Perhaps teams like the Cubs, Pirates and Mets only look good because we are comparing them to the dregs in their divisions.

In the American League, with so few, if any, dregs to speak of, everyone looks kind of good but not great. I could see some teams becoming great, specifically the Texas teams in the AL West, but no one is there on paper to start the season.

My top four likeliest teams to make the league championship series are those two, Houston and Texas, as well as the Pirates and Cubs from the NL. I know it’s improper betting technique to grab two teams from the same division (and I did so twice!), but we aren’t wagering here. We’re just trying to handicap who the best teams are. The Astros and Rangers have a leg up on the rest of the AL in terms of young talent, growth potential, and they both succeeded last year to varying degrees.

As for the NL contenders, the Cubs and Pirates are probably just the two most balanced and talented teams in all of baseball, and they happen to reside in the same division. Last year, the three best records in MLB all came out of the NL Central. I wouldn’t be surprised if at least the top two did so again in 2016.

My 2016 World Series would be a television promoter’s nightmare: Pittsburgh versus Texas. The Rangers need a full Yu Darvish return and recovery to make this happen, but otherwise it’s a great roster. Pittsburgh’s infield is a bit lacking, but it already has all the pieces to contend, including the best ace no one talks about, Gerrit Cole. The Cubs would be the more entertaining pick for sure, but I like Pittsburgh a little more because people are undervaluing them and blowing smoke up the Cubs’ butts. We have already anointed Chicago as the next baseball dynasty. I’m not quiiiite there yet.

While I’m a big fan of the Pirates heading into the year, I’m not nearly as sold on the Rangers and the return of Yu Darvish. Texas did well last season, but I don’t think Darvish puts them over the top. With the competition so tight in the American League, they fall victim to being good, just not good enough.

Starting in the AL, I like the Houston Astros facing the Kansas City Royals in the league championship series. Both teams’ combination of pitching, youth and an ability to create runs on the base paths gets them past the likes of New York, Boston and Detroit. We’ll be treated to multiple seven game series in the American League, but ultimately the Astros and Royals will face off. This year its Houston who takes the AL crown. I love how feisty and surprisingly dominant they were last season. No one will be caught off guard in 2016, but no matter. The Astros make the World Series.

Over in the National League an even bigger dogfight erupts in the postseason. The Washington Nationals and Chicago Cubs will meet in the championship series, fending off New York, Pittsburgh and Los Angeles. I don’t know what happened in Washington last season, but it’s not happening two years in a row. As for the Cubs, they manage to get better as everyone expects, but their ride ends here. The Nationals and Bryce Harper finally capture that magic in a bottle that has eluded them so far, making it to the World Series.

While you see Pittsburgh versus Texas, with the Rangers winning it all, I like Washington versus Houston, with the Astros capturing the World Series title. No matter which of us is right, the state of Texas will be title town USA for Major League Baseball. Houston wins it all on the back of pitching phenom Dallas Keuchel. I was extremely impressed with him last season and expect great things in 2016. His arm, along with Houston’s young bats, keep the American League atop baseball for another season.