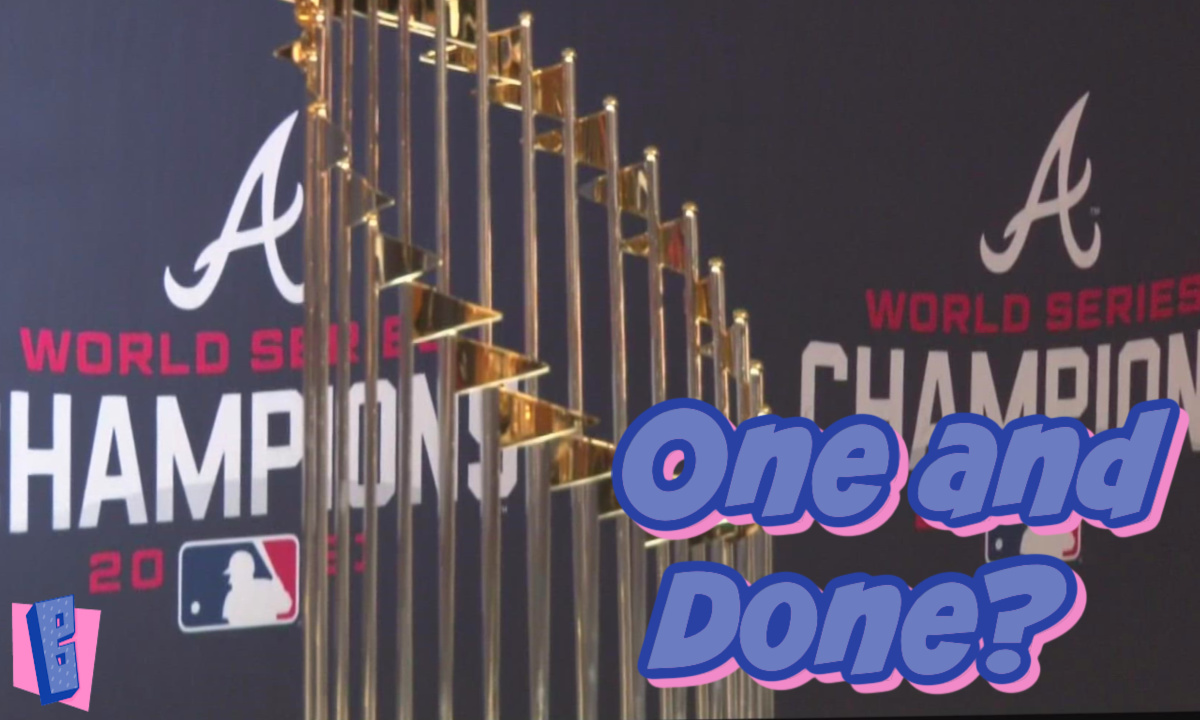 The easy answer is no fun in sports, but no less correct. When it comes to the World Series, only the MLB BIG THREE are true contenders. What about Atlanta? Consider them a soft ‘maybe.’

Basking in the calm of the MLB all-star break, we have time to address the current standings and our World Series contenders. Heading into the season’s second half, trade deadline, and final stretch to the playoffs, three division races are runaways, and three are as close as close can be.

The AL East and West are, unsurprisingly, not races. The Yankees and Astros hold 13-game and nine-game leads, respectively. They have been the two best clubs in the league for most of the year. The Central being close is also not a surprise. Minnesota continues to hang on, with both Cleveland and Chicago nipping at its heels.

What has been surprising in the AL is the rest of the playoff picture; namely, how many teams are in it. Sure, the expanded playoff field leads directly to more teams being in contention, but take a look at the teams who are actually playing good baseball! The Baltimore Orioles won eight of 10 and are at .500 for the season. The Baltimore Orioles are at .500 for the season. Also, the Seattle Mariners have won 14 games in a row, cruising into wildcard position. It is kind of amazing that these teams have been so hot and yet are still so many games behind their respective division leaders, which speaks to the dominance of the Yankees and Astros in the first half.

In the National League, to the surprise of no one, the Dodgers have a wide division lead. What has been interesting, though, is seeing both the East and Central tighten up thanks to nice play from the Braves and Cardinals. Do you see anyone in the AL or NL as true pennant contenders outside of the Big Three? Is the World Series all but decided among the Yankees, Astros and Dodgers?

BIG THREE Too Easy A Pick For World Series

The easy answer in the American League is no. The more cautious answer is, well, still probably no. Everyone else has too many holes. Sure, both of the Yankees and Astros could come up short. But there isn’t a specific, third team who I would feel comfortable naming as a true contender to them. If you want to talk yourself into Toronto making a run after firing its manager, I’d listen. The Blue Jays were talented enough to be many people’s preseason pick to win the league. But I’m not ready to make that leap.

Even though the records don’t really back this up, it feels like the NL is less top-heavy than the AL. I like far more teams as ones with a legit shot at winning the pennant. Of course, it is easier to say “the field” rather than specifically banking on one squad, but the run differentials also speak to what I’m saying.

The AL has two teams with differentials over 40 runs. Forty runs, over the course of more than 90 games, is not that many! A true contender should be able to outscore its opponents by more than 40 for sure. Well, looking at the NL, we see six teams over that arbitrary benchmark, which doesn’t even include Milwaukee and San Diego.

Fangraphs title odds do not really back up what I’m feeling, unfortunately. They give only three teams legit chances in the NL, compared to the two in the AL. It comes down to me liking the NL Central elites a bit more than I probably should. Do you have any squads you feel strongly about in the senior circuit?

We know how these things go. A big trade could swing the balance of a division. As could a big injury. No matter how good one team is, it is still hard to make it all the way to the World Series.

Major League Baseball has a Big Three and no amount of analytics or statistics can truly change this reality. It’s so much harder to support any other team making the World Series other than the Yankees, Astros, and Dodgers. Houston was there last season, with the Dodgers getting eliminated by a fourth team I won’t ignore, Atlanta. I’ll include the Braves because they’ve nearly caught the Mets at the break. All other contenders must face reality.

Obviously both New York and Houston won’t win the American League, but none of the other seven teams currently .500 or better truly stands a chance over a full series against either team. If I had to pick one, its Tampa Bay. Currently ten games over .500, the Rays have the experience and depth to win the AL and take down New York and Houston. Seriously don’t put money on them, but in any other season they’d be serious contenders.

Perhaps last season is skewing my perception of the Dodgers, but they fell short after an equally dominant regular season. Atlanta got them and ultimately won the World Series. I’m not about to discount the Mets’ first half accomplishment and dominance, but I’m also not about to pick them over Los Angeles. Only the Braves stand a chance in the National League. If they were winning the NL East, I’d likely call this a big four teams, but they aren’t. This is the Dodgers’ title to lose.

I hate it when the easy answer is the right answer in sports. It’s no fun saying we already know who will be in the World Series, even if we technically don’t. Yet how can you possibly ignore the sheer dominance displayed by the Dodgers, Astros, and Yankees? All three teams should have ample opportunity to get well rested before the postseason. While its true that we usually see a hot September team make a deep playoff run, I feel like nothing will be hotter than our big three have and will continue to be.