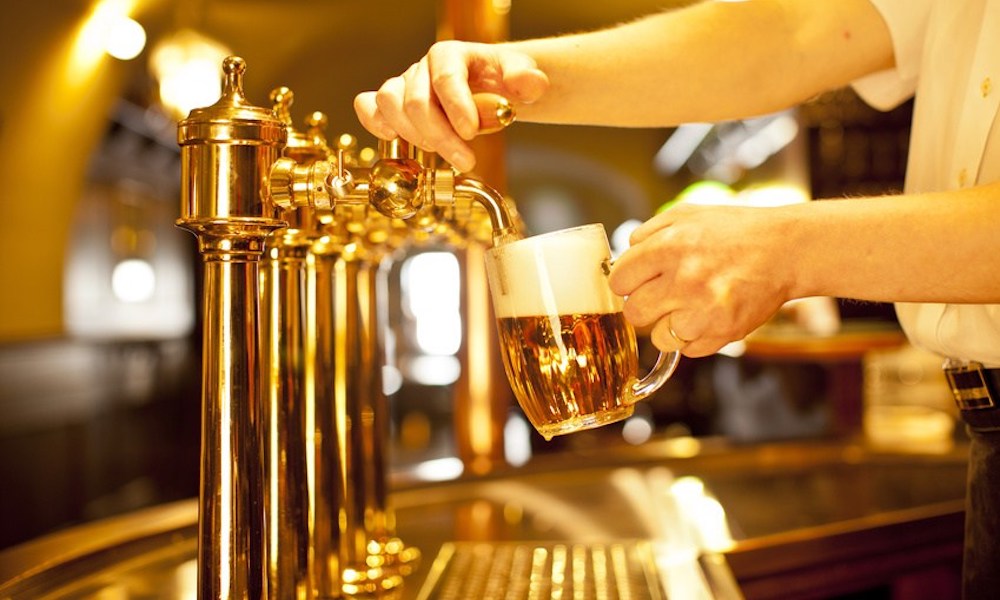 Beer isn’t just the drink of choice for millions of football fans. It’s also the elixir of life for countless fútbol fans, too. Are World Cup beer drinkers causing a CO2 shortage? The thirst is real.

Tighten your belts, soccer fans, we’ve got some tragic news. The World Cup, you know, that massive month-long soccer tournament that puts countries around the world on pause? According to recent dispatches from across the pond, fútbol fans aren’t just drinking beer. They’re drinking so much beer that a CO2 shortage has led to beer rationing in some areas. No joke!

Why has World Cup-inspired binge drinking led to a CO2 shortage?

That precious carbon dioxide pushes beer out of kegs and keeps carbonated cans and bottles fresh. And with World Cup beer drinkers enjoying themselves all over Europe, CO2 is in especially high demand and really low supply.

The restaurant industry is worth an annual $783 billion and that’s just in the United States. Something rarely thought of in the industry, regardless of global location, is carbon dioxide. Until now. A journal known as Gas World — yes, that’s a journal — coined it the “worst supply situation to hit the European carbon dioxide business in decades.”

Heineken serves the UK most of its beer and finds the shortage alarming:

“Like many other businesses in the food and drinks industry, we are affected by this shortage. We continue to work hard to resolve this issue as quickly as possible within our European supply base, and are working with customers to minimize disruption to their business,” reported a spokesperson.

ALSO ON BUZZCHOMP: We Found the Best New Bikinis

Similarly, Coca-Cola has paused some of its production and one of the biggest pubs in the UK has pulled multiple beers from its draft list. Can’t get beer with a decent head without the gas to make it bubble.

While thirsty football fans are literally having a WTF moment because their favorite tap lines are on hold, our faithful friends at Gas World are on the prowl. The majority of food/beverage grade CO2 comes from ammonia plants and is largely produced in Western Europe. Generally, the peak season for that production is from August to March. Guess what happens to those plants from April to June? Maintenance. Guess when the World Cup is? Right in the thick of it.

Perhaps they underestimated how confident supporters of England’s national team would be during this World Cup. Heck of a time to have an internal remodel. The moral of the story is that everything will be fine, but some people might have to hold off on their favorite jar of lager for a month or so. Stay thirsty, my friends. Ole!


BuzzChomp is an affiliate for products and services recommended herein. Please read our Full Disclaimer for further information on affiliate programs and opportunities.