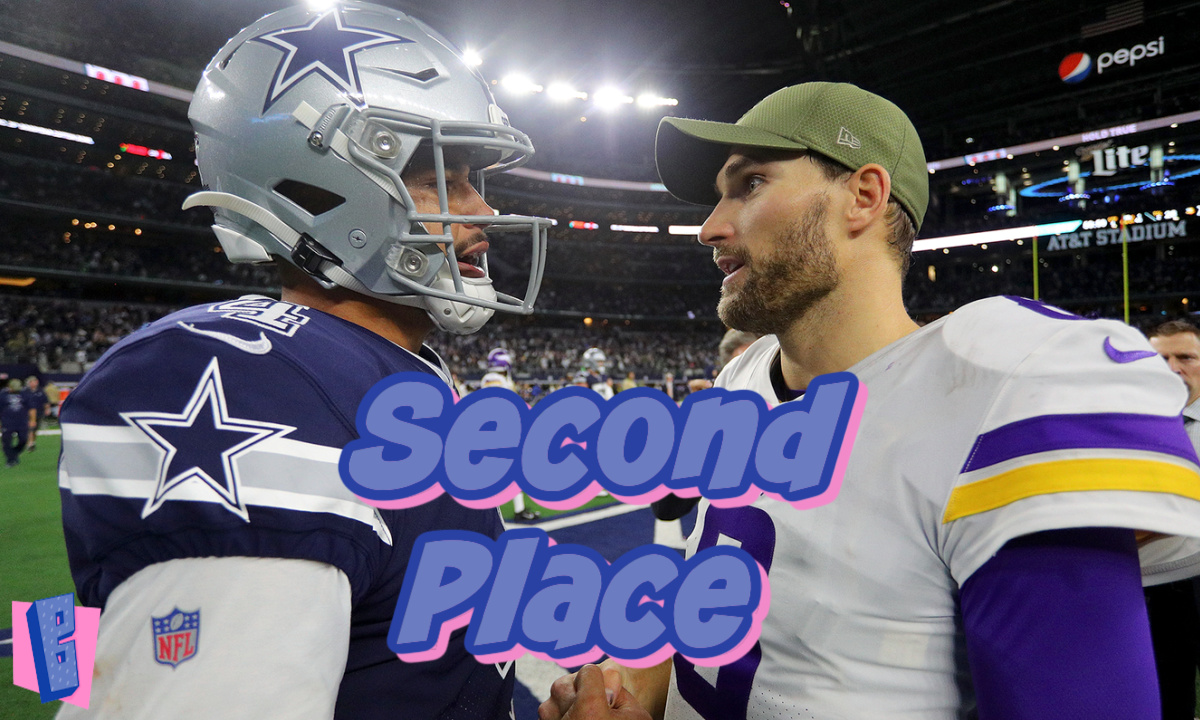 The Eagles are undeniably awesome, so who is the second best team in the NFC? Dallas, New York and Minnesota all hold strong cards. Then there’s Seattle, who refuses to be ignored.

Which team is second best in the NFC? It’s the elephant in the room full of monkeys. We’ll circle back to our thesis question in a second. The NFC conference divide is seemingly growing ever larger as the season progresses. Just based on the standings, the AFC dwarfs the NFC after the 2022 midpoint. The AFC has nine teams with records above .500; the NFC has just five. Of those nine, it seems fair to say that all nine deserve playoff consideration. No one would be falling into a playoff position. That’s for sure. In the other conference, not so much.

The NFC feels like second-fiddle for a couple of reasons. First, the teams who were supposed to be main contenders are faltering in a major way. Green Bay and Tampa Bay were the two best teams in the conference preseason. The Los Angeles Rams were right there as well. Folks thought Philadelphia could sneakily battle for a conference title, but the Eagles were the underdogs in that discussion.

Now, the Packers, Buccaneers, and Rams have three of the worst offenses in the sport despite being led by Hall of Fame quarterbacks. The Rams have amazingly scored 23 fewer points than every other team in the conference. Tampa Bay might still win a division title because of the joke that is the NFC South this season, but the fact that this isn’t a true title contender weakens the conference at-large. Who else is left?

We have several surprise contenders who no one is comfortable believing in. Seattle, Atlanta, and the New York Giants were projected to be three of the main contenders for…the first pick in the 2023 NFL Draft, not to make the Super Bowl. Now, all three are in position or tied for playoff positioning, but we don’t feel great about backing any of them. The pickings are slim, so who the heck is second best in the NFC?

NFL Over Reaction to Week 9

In a weird, hazy middle-earth sit the Minnesota Vikings. Not expected to be that good or bad before the season, the Vikings have battled to the second-best record in the entire league. Of course, no one trusts that either. The schedule gets incredibly hard from here, yet Minny has already banked a 4.5-game lead in the North. It would be mathematically hard for them to lose the division title regardless of how poorly they play from here on out. And yet…no one believes. This team is league-average on third downs; league-average in yards per play; even worse in opponent yards per play.

Where does that leave the NFC? After Philadelphia, there appear to be only two actual stalwarts: Dallas and San Francisco. Both have amazing defenses. With the return of Dak Prescott for the former and the trade for Christian McCaffrey for the latter, their offenses can make waves as well. It makes sense that these are real battlers for the crown.

My money is on Dallas. Sure, the Cowboys have little to no shot of winning a division title this year, making it harder to maneuver their way to a Super Bowl. But this is arguably the best defense in the league. They also have a quarterback capable of making big plays or winning games, unlike San Francisco. Now that he’s healthy, some may even be more confident in Prescott for Dallas than they are in Jalen Hurts for Philadelphia come playoff time.

It is impossible to pick against the Eagles coming out of the NFC. If forced to choose a main contender though, it would probably be their East peers in Dallas. Despite the successful years in cities like Seattle, Minnesota, and New York, no one else feels legitimate even this deep into the year.

The funny thing about the playoffs is that anything can happen. Your great regular season means nothing, because there’s one game and one opponent sitting between you and elimination or more football. Philadelphia is easily the best team in the NFC so far this season, but we may be singing a different tune before week 18 comes to a close. There’s simply too much football left to play. That said, I’d be a fool to pick against the Eagles until it’s actually playoff time. So who poses a serious threat to their Super Bowl ticket? It’s all NFC East all the way.

I don’t blame you for playing it cool about the Giants, but considering they’ve played over their heads and way above expectations all season, I see no reason for this trend to stop. Both New York and Dallas are legitimate threats to the Eagles and true contenders in the NFC. Offensive super star? Check for both teams. Playing very good defense? Check again for both teams. Solid coaching? Yep, check that box again. Both teams also know the Eagles very well, being division rivals. This levels the playing field for the postseason.

As to who the second best team in the NFC is right now, that answer is simple. Minnesota has earned our respect and the rightful title of second best. While it’s true they’ve won nearly every game by one score or less, the Vikings only loss is to Philadelphia. They haven’t beaten a good team besides Miami, but we are talking about second best in the NFC. I expect Minnesota to lose their next four games, but they will be playing mainly against the AFC East during that span. The Vikings will end with five or six losses and a resounding hold on playoff positioning. This is more than Dallas or New York can say, as both must keep winning a lot of games to even get in.

The entire NFC South and NFC West are not very good, outside of Seattle. The Seahawks are actually decent, but someone from the South will join Seattle in the playoffs. Sorry not sorry to San Francisco who has not shown enough consistency to be considered legitimate. Most of the NFC North is bad too, but Chicago is looking spunky so I’ll bite my tongue. Because the NFC East must beat up on itself, they are inherently weakened. I’m skeptical of Dallas because their running game needs work, but I expect them in the playoffs and once there they become a real threat to everyone they play.

Someone in the NFC will turn things around and start winning, while another team is going to even things out and lose a handful of games. But most of this conference is going to remain bad, or finish around that decisively average 8-9 or 9-8 record. It’s also worth noting that the only two good teams Philadelphia has beaten are the Cowboys and Vikings. The possibility exists that no one in the NFC is very good and the Eagles are actually not as good as we think. But we won’t find out until the playoffs, because Philadelphia will only be challenged by Dallas and the Giants from here on out. They have possibly the easiest schedule in league history.

Second Best In the NFC Photo Credits: Heavy.com and Foxsports.com