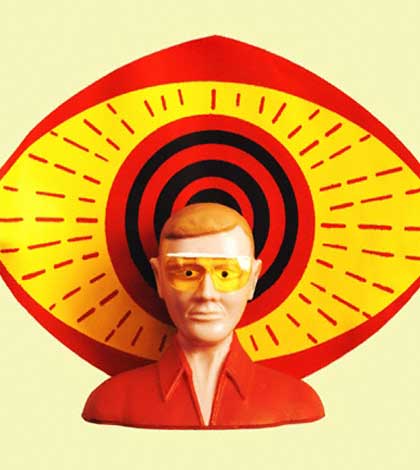 “One day she’ll realize I’m her man,” he said. “After she’s fed up with all those loser guys she dates, I’ll be the last man standing.”

Such were my friend’s hopes. He’d invested 7 years in this woman; time, money and emotion. Whenever she felt him slipping away she’d fuel his hope with, “We’re probably perfect for each other. I’m not sure. Don’t give up on me.”

He was comfortable and reliable. He was her just-in-case-guy. Though not her ideal partner, he’d be there for her if no one better showed up. He paid the pet cemetery to bury her cat, moved her into her new apartment, drove her to the airport, paid for her dinners and bought tickets to the concerts she liked…why let him off the hook?

My friend suffered through all of this woman’s personal issues, horrific lovers and drama because he lived in “hope.” One day, surely, she would love him as he loved her. One day, their platonic friendship would become a love affair. She’d wake up from her resistant slumber and realize he was her Prince Charming.

After seven years of auditioning (and paying for) the role of her future boyfriend, he grew weary. Tired of being a chump and exhausted from living on “hope,” he tried a different approach. He backed off.

At first it was a game. Hoping to capture her interest by being unavailable, he made himself busy. He went to the gym. He saw old friends. He began online dating. But his tactics to capture her heart created something quite unexpected. He found himself interested in his own wellbeing. He discovered he had dreams beyond attaining her love.

He caught a glimpse of a better version of himself and his future mate. In his mind, he saw a partner who valued him. The more he saw this reality, the more he began meeting women who were attracted to him and treated him with warmth and respect. And, to his amazement, the woman he’d hoped for all these years became interested in him as well. But now, the tables had turned. He’d come too far to want less.

Hope is a necessary for all humans. We need to feel there’s a light at the end of tunnel and a reward for our efforts. Yet, when hope is the foundation of unrequited love we’re only harming ourselves through our lack of self-love. To wait in prayer for the day the one we love will love us in return, is to place our life on hold as we wait for their approval. Anyone who’d emotionally reserve you (for his or her benefit) isn’t worth your time or your love.

If you’re pining for that “special someone” who’s eluding you… please note your venture may not offer you the reward you seek. To love one’s self with dignity is the only course to follow. When you value yourself, all things change. Including “the one” you think you want at this time.