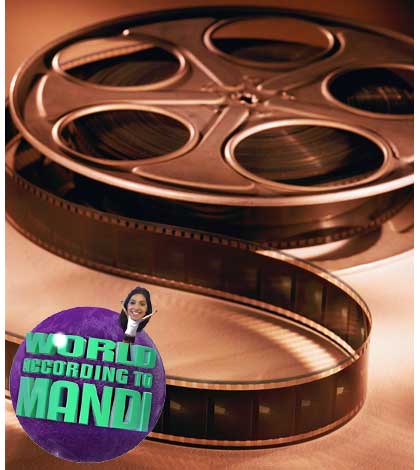 I’m an absolute movie freak! I love films and don’t discriminate against genres. I’m all for guilty pleasures, Oscar worthy films, rom-coms, dramedies, dark comedies, foreign, non-narrative, etc. etc. You name it and I’ve surely watched and enjoyed it! But there’s a growing trend among films, a lack of storytelling that has really bothered me in recent movies. I say enough; it has to be pointed out and corrected IMEDDIATELY!

Recently I watched a screener of the film Gravity and was pretty excited. I’d heard VERY good things from people who’d seen the film, but also read some not so great reviews. Some films are just sheer entertainment while others are good old guilty pleasures, so I don’t put too much stock into reviews. In the case of Gravity, which doesn’t fall into either category, the reviews were right. Ugh; the film ended and I felt like “That’s it!” No; I did not see it in 3D and no, I don’t think that should be a factor in whether it was a great film. In case you were unclear, it is not a great film. I thought the special effects were wonderful, even in regular 2D. I was taken into space. I felt that. But where was the story people? I don’t see how this is an Oscar worthy film. Sandra Bullock put in a solid performance, but Oscar worthy? I needed to see more of her life, not told about it. “Show don’t tell” is the golden rule of screenwriting and they broke it. Smashed it to pieces! Sure space looked cool, but we could have left for a few moments to create a stronger story.

After Gravity I watched my screener of the film Captain Phillips. I’d also heard wonderful things about this film, but it was woefully predictable. Don’t get me wrong, Tom Hanks put in a solid performance! He carried the film and was excellent, along with the other actors. But the movie is based on a true story and I totally felt it lacking. True stories are hard since the ending is not surprising to anyone. It can be a struggle to figure out how many liberties the screenwriter should take with the story, but in this case more were needed. I found the film to be well done, but again when it finished I felt like “That’s it!” For me it all comes down to the storytelling. I knew everything about Captain Phillips just by watching the trailer! No good people. The film boiled down to solely the actors and their wonderful performances. They really did create these characters, but without a deeper story it wasn’t enough.

We have a problem on our hands. People are letting these films be enough for them. Stop it! Shouldn’t we demand more from a medium that’s backbone is to tell stories, tell them well and be interesting? Recently anytime a film does one thing well, people praise it and shout from the rooftops that it’s “the best film of the year.” Really, all these films are doing is standing out from the remakes and sequels that often stink up the movie theater. We should demand better films! Here’s to fewer remakes and more memorable stories. Otherwise, we’ll slowly lose our gage for what is a GREAT, Oscar worthy film and not just a film that does what it should do.

Let’s end the hype of mediocre films! Down with sequels, remakes, and films with lazy stories. We need to usher in another golden age of storytelling. I want to go to a movie and be inspired by the marvelous story! I dare you to hold your films to a higher standard and truly create some wonderful, meaningful, and magical films. Bring back the story people!