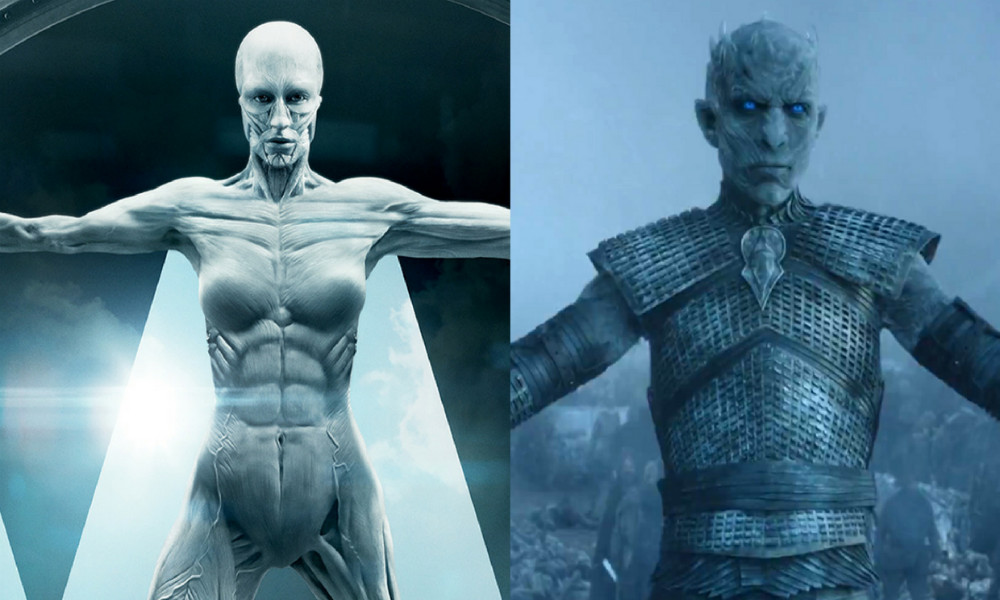 Westworld will face off head-to-head against Game of Thrones for Best Drama at the Golden Globes 2017. One has a decided edge over the other.

The 2017 Golden Globe nominations were announced this past week. The Globes cover both movies and television, and movies normally garner all the headlines and accolades. However, it is a television category that holds the most weight and intrigue this year. In the category of Best Television Series – Drama, the nominees are random network junk, random streaming junk, Westworld and Game of Thrones. HBO’s two pillars are battling head-to-head for the crown of best show on TV.

Speaking of crown, there is of course a chance that one of the other nominees (such as Netflix’s The Crown) wins this category, but it would be a shame. There is no better TV debate going on right now than Westworld versus Game of Thrones.

Both programs are prestige television produced by the most prestigious network TV has to offer. Both programs mix fantasy with reality so well as to engulf the viewer in what is being watched. When watching Westworld, it hardly matters that such an amusement park doesn’t exist; it exists there. And when watching Game of Thrones, the lack of warging in real life doesn’t take you out of the situation; wargs are real there.

Though the shows share some similarities both in production and execution, they are also vastly different. These differences are where Game of Thrones reveals itself as the better program and the one more deserving of being named Best Television Series – Drama.

For all the buzz that GoT generated over the years for its big killings and major plot twists, the program never really hung on them. The spoiler alert took over GoT because the reveals were so unexpected, but if someone had known of something occurring, it didn’t make the show worthless. This is proven out by the simple fact that for the vast majority of the TV show, a large swath of the audience already did know what was going to happen from reading the books. That knowledge didn’t deter them from watching, just as having something spoiled wouldn’t make you quit the show if you were a fan.

In Game of Thrones, even as it took too long to get to certain places and as specific narrative arcs seemed pointless, the journey and growth of the characters was always more satisfying than finding an end result. Case in point, when Ramsay Bolton was killed, it was one of the more “important” scenes in the show in terms of plot. However, you could have been told beforehand that he was going to be killed and still enjoyed the process of getting there. In Westworld, if someone had ruined Ford’s death, it would have taken a great deal away from the final product.

Beyond the argument of the shows’ journeys, GoT also held a substantial edge in terms of character interest. It is hard to dock Westworld too much for making its main characters so…robotic when that was literally the point, but it was actually the humans in Westworld that seemed lacking. Ford was a mystery the entire season, by design. That made him completely uninteresting beyond wanting to know what made him interesting. The Man in Black was generic. Once we knew his name, he was a placeholder and nothing more. These are major issues for a show designed around robots becoming human. The humans should have been more human.

The Golden Globes 2017 may end up giving the award in this category to Westworld. Newer shows seem to get a bump because they are fresh and have nothing to surpass in terms of expectations. That would be a shame. It would also be a shame if one of these other guys wins. Best drama has to be a HBO showdown, and Game of Thrones should come out victorious.