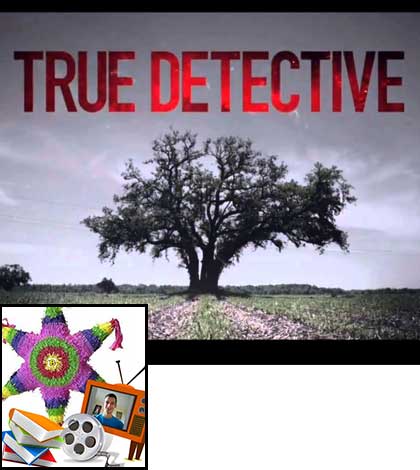 HBO’s first season of True Detective wrapped up a few months ago. The summer run was impressive; the show took off in popularity and rumors of second-season cast lists have been hitting the internet with as much buzz as Star Wars plot secrets. However, the odd thing about True Detective, and the peculiar thing about people’s expectancy for season two, is that the seasons’ stories are not connected in any way. Every tale will stand on its own, as a mini series in and of itself. So while fans impatiently await season two of True Detective, what they are actually waiting for is season one of a True Detective knock-off.

For full disclosure, I didn’t particularly love season one. The show was okay. It seemed pretty clear what was happening at all times. The idea that Rust was actually the serial killer seemed like a blatant red herring to keep fans’ interest. Really the entire season was about these two men hunting down the main bad guy. Along the way, they had their ups and downs, but they really didn’t even change all that much in however many decades the show covered.

To be honest, the draw of True Detective, to double-dip on a joke I made on Twitter recently, is the same thing that brought many fans to soccer this summer. There was a defined length of time this thing was taking place. We knew how much time we would be investing and that we would receive some type of resolution at the end. The lure of no season-ending cliff hanger and that TD would be complete in eight hours time was at least half the reason people liked it. Soccer’s main draw is that games last two hours and the action is continuous. There are no extended breaks throughout or uneven quarters/innings to wait through. The game is what it is. That’s actually something to hang your hat on in today’s go-go society.

TD isn’t the only show going this route though. In fact, it isn’t close to the first. FX, among others, has been using anthology series for a while, trotting out American Horror Story for years now. The idea seems to work. Of course, HBO isn’t aiming for FX ratings. It remains to be seen whether a show with no connection season to season can continue to draw in viewers. If watchers have no one to remember and reminisce about, will they keep coming back? Then, all you’re left with is the fact that the season won’t take up too much of someone’s time. I’m not sure convenience is reason enough to be hooked.