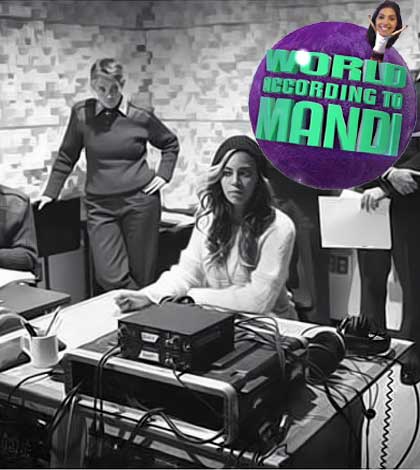 The wide world web has been buzzing with the news that Beyonce wasn’t actually singing The National Anthem at President Obama’s inauguration ceremony on Monday (this past Monday January 20th, 2013). Say it ain’t so Beyonce! I always thought she had a strong voice with no need to lip-sync, but let’s face it; loads of pop stars do it! Britney Spears anyone? And let’s not forget the whole Ashlee Simpson SNL debacle. Okay, so singers lip-sync, but can we really call them singers if they aren’t singing? As a singer myself, I’m confident enough in myself and my abilities to actually sing live. Was that the issue Beyonce? Were you nervous? Were you afraid to fail, to screw up in front of the entire nation? I dislike the lip-syncing phenomenon. It’s a sour trend. You’re a singer, you should sing!

Let’s break down the scenario. On Sunday night Beyonce posts a picture of herself in the studio rehearsing for The National Anthem. Apparently she created a recording in case of emergency. This is standard. In 1991 one of the most incredible singers of all time, Ms. Whitney Houston, lip-synced her iconic version of The Star Spangled Banner at the Super Bowl and at 2009 game Jennifer Hudson did the same thing. No Way! Both Whitney Houston and Jennifer Hudson were lip-syncing, seriously? My heart just broke a bit. But even in 2009, at President Obama’s first inauguration ceremony, Faith Hill lip-synced. I give up!

Beyonce wasn’t the only singer to perform at the inauguration ceremony. James Taylor and Kelly Clarkson both sang live. What gives Beyonce? The temperature on Monday was a balmy forty degrees. I’ve never sung outside in the cold, but I’m told it hurts your vocal chords. I’m guessing Beyonce didn’t want to risk it in front of the president. But I’m a no excuses kind of girl. No excuses! Beyonce is a super star; own it girl! We’re not made to sound perfect all the time, especially for a live performance outside.

Coincidentally, Beyonce’s been tight lipped on the whole subject; silent just like her lip-sync. Currently she’s preparing for the Super Bowl halftime show. She better not lip-sync again, like Madonna did last year! There’s an amazing energy when a singer sings live. It’s why concerts are a kicking experience! It’s a real shame that all these “singers” choose not to sing. Isn’t it part of the job? If I want to hear their song like it sounds on the album then I’ll just sit at home and listen to it.

I’m starting a movement. No more lip-syncing people! No one wants to pay fifty to two hundred dollars (even more for Madonna!) to not hear someone sing live. Lame! Beyonce, take notice, I think you’re a great singer but don’t lip-sync next week at the Super Bowl. If you do, I’m boycotting!