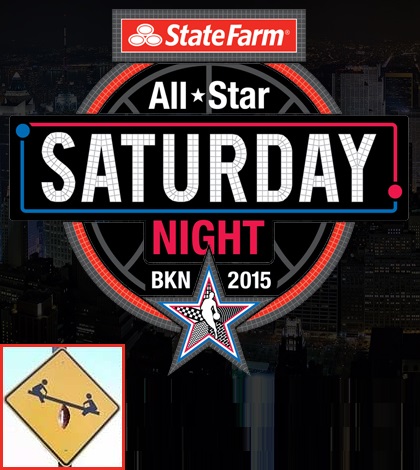 NBA All-star weekend is usually headlined by the dunk contest and All-star game. Not this year! The 3-point contest not only has the league’s best shooters, but three of the all-time best from long range. The long ball is now must see TV.

There are only seventeen players in NBA history who have a career three-point shooting percentage of at least 41 percent. Just seventeen guys.

For a point of reference, historic sharpshooters like Ray Allen, Dell Curry and Peja Stojakovic fall just short. Reggie Miller is under 40 percent; Larry Bird is under 38 percent.

Of the seventeen guys above 41 percent, ten are active NBA players. The league has…drifted, and long-range bombers rule the day. The only entities who even rely on mid-range twos anymore are LaMarcus Aldridge and the Lakers, and only one of those things is any good.

Steph Curry (4th), Kyle Korver (6th) and Klay Thompson (14th) have all been announced for this year’s contest.

The other three participants are reportedly J.J. Redick, Wesley Matthews and Kyrie Irving. Oddly enough, these three all have a better shooting percentage than Bird, and the former two are better than Miller.

In other words, this group of six makes up perhaps the most loaded and lethal three-point contest in league history.

We may be heading into a realm where this supplants the dunk contest as the thing to see, if we’re not already there. I know it’s just guys shooting rack after rack of balls, but I’m excited for this one.

I have to thank you for cluing me into this incredible group of three-point shooters, about to take center stage on All-star weekend. This contest, above the NBA All-star game itself and the dunk contest, is now must see TV.

We debated at length about ways to improve All-star games and All-star festivities, but the answer is simple. Get the absolute best players to face off in a skill competition and fans will flock to watch. I love that the best three-point shooters are planning to compete in the three-point competition. That’s what should happen!

I’m not sure what went wrong to push players away from the dunk contest. But when all six potential three-point contestants shoot better than Larry Bird from beyond the arc, and five of the six shoot better than the legendary Reggie Miller, we are in for a real treat. Those numbers sound crazy, but when in context they add up to the best part of NBA All-star weekend.

The NBA has moved away from the post-up game and favors long range shooting. It’s not surprising then, that ten of the top seventeen all-time three-point shooters (by percentage) are currently active. What does surprise me is that all of this talent has committed to square off head-to-head on All-star weekend.

I will be watching the three-point contest. I can’t say the same for the dunk contest or actual All-star game. The three-point competition might be the only event I plan to watch, with the others being nice background noise. And it all comes down to level of talent and name recognition.

Steph Curry now carries weight. He has the star power to grab my fractured attention. It takes a big name to make an All-star event worthwhile. Add Kyrie Irving and former college star J.J. Redick into the mix, and pulling basketballs off a rack never sounded like so much fun.

Now, for the fun part. I’m picking a winner of the three-point competition between the six men you noted as rumored to be participating. Steph Curry vs. Klay Thompson vs. Kyle Korver vs. J.J. Redick vs. Wesley Matthews vs. Kyrie Irving for what I assume is a pretty cool trophy.

Curry is the obvious favorite, but he isn’t winning this competition. That honor falls to Redick, who bests Curry in the final round. Is this a precursor of the Western Conference playoffs, with Redick out shooting Curry to push the Clippers past Golden State? Probably not, but a Clippers fan can still hope.


Photo credits: partyfixx.com and the NBA