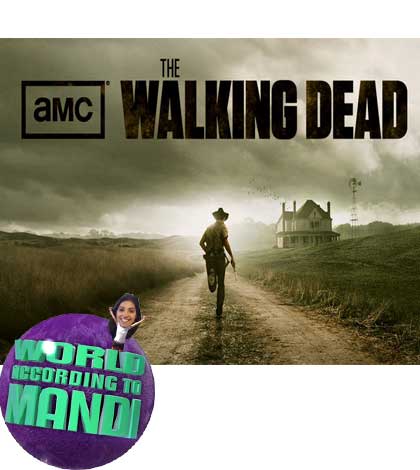 It happened people; another cliffhanger. For those of you that watch The Walking Dead, Sunday’s season finale was a giant, hanging cliffhanger. This season was an up and down rollercoaster of emotions, so let’s face it, we knew it wasn’t going to be wrapped up nicely. Part of us wanted it to, ending with a calm resolution, but the other half loved being left on the edge of their seats until October. Hot DAMN, we have to wait until October and everyone is talking about it. Its unavoidable, something inside us loves and hates a cliffhanger, no matter how unexpected or predictable they may be.

Okay people, we all HATE cliffhangers because they leave us wanting more when we just want answers. Answers! Is that too much to ask for? This season on The Walking Dead we lived through our beloved Hershel getting his head chopped off by the Governor. Then our favorite group of survivors lost their safe haven and became completely separated! No one knew who was alive and Carl and Rick still think baby Judith is dead. It was painful; we just wanted our group of survivors to know each other was alive and for them to reunite. But alas, The Walking Dead thwarted our wants. Sure Maggie and Glenn reunited, but that was just a tease. We were left with a giant cliffhanger!

On the other hand, we all LOVE cliffhangers! They always raise questions about what will happen next season, gloriously open ended questions. This is not the first The Walking Dead cliffhanger to drive us crazy. Remember when our survivors had to escape from the farm? We were dying to know if they’d all be together again and if they’d ever reunite with Andrea; dying to know if Andrea was even alive and left with a fat cliffhanger to end the season. Sure it drives us crazy, but it keeps us coming back for more. Woo!

This season’s finale has left us with so many questions. We still don’t know what Terminus truly is and our group is now locked in a freight car! How are they going to escape and take down Terminus? Let’s not forget that Rick buried those guns they took from the band of hooligans. And where is Beth? Who took her? I think it’s definitely someone from Terminus. And how far away are Tyrese, Carol, and Judith? I’m worried they’re going to arrive at Terminus and get locked up in the freight car too. Ugh people! Ugh! So many questions unanswered; such a great cliffhanger.

One thing is for sure; this cliffhanger has to be one of the best we’ve ever experienced. Something badass is going to happen next season. I’m sure of it! Yes, it would’ve been nice to get more answers, but would we be as excited for next season? The Walking Dead has set itself up for an explosive beginning to season five and we can’t wait for October! Bring it on The Walking Dead. We’ll be ready for you!