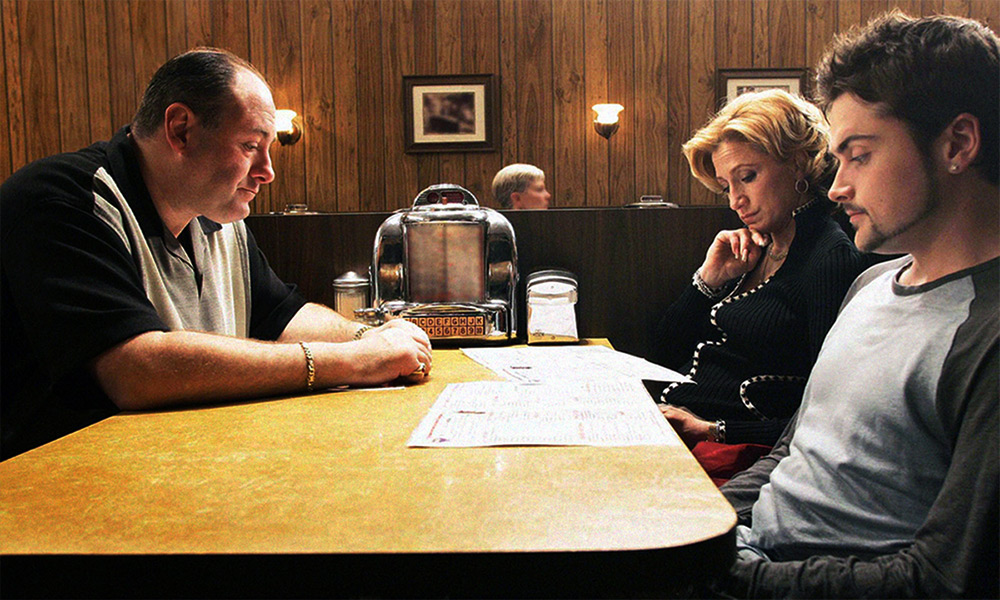 HBO’s mob drama, The Sopranos, is a legendary TV show. Yet on the 10th anniversary of the series finale, we should not remember its failed ending fondly.

This Saturday was the 10-year anniversary of the series finale of The Sopranos. HBO’s mob drama was arguably the creator of prestige television that has dominated our thoughts and talk for the past decade. Part of the lure of The Sopranos was its titular character and idea of antihero. Another thing that folks flocked to was the way the show ended. The final episode has become a talking point for how shows wrap up.

Right after the show happened, everyone hated the finale for obvious reasons. It didn’t tell us what happened. People thought their cable had gone out. Ten years later, here’s how The Ringer describes the turn that came after The Sopranos faded to black: “Finales are now held up as much against The Sopranos’ ability to keep us on our toes as M*A*S*H’s ability to tie up loose ends.” Rather than being perturbed and pissed off by the fade to black, folks now consider it a trail-blazing way to end a series. I disagree with this sentiment.

ALSO ON BUZZCHOMP: We Rejoice on The Wire’s 15th Anniversary

The finale of The Sopranos remains a purposeful cop-out. Avoiding a decision doesn’t keep the audience on their toes. There is no more show! The show is over. It just keeps us frustrated and confused. If we truly care about the show, it inspires thought and discussion, but that feels like the lone positive reaction.

A better ending on this “keep us on our toes” spectrum is the Mad Men finale. The final shots pivoted from Don Draper meditating on a hillside to a classic Coca-Cola ad. Did Don use his experience with hippies to travel back to the ad world and create another hit? Yeah, probably, but we don’t know for sureeeee.

Mad Men at least gave viewers an experience to discuss. The Sopranos did the opposite. It gave us a lack of experience and tried to pretend that that was just as worthy of discussion. The gamble paid off in terms of living on historically, but it didn’t do the show itself any favors as far as its narrative plot is concerned.

Ten years later, using baseball as an analogy, The Sopranos is more like Dwight Gooden than Pedro Martinez. It remains one of the greats because of how it set the stage for television that followed. But it doesn’t feel like an example of how shows should operate today. And the way it ended has to remain a black mark against the show as a whole. No pitcher enters the league today hoping to be Dwight Gooden, even if he was the greatest in the sport once upon a time.