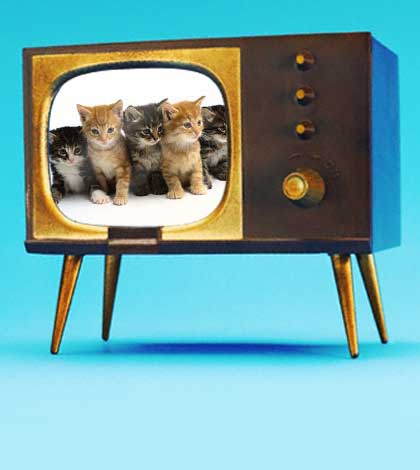 The term ‘jinx’ stems from the Latin jinxotopia a word used to describe an idealistic situation that turned out otherwise. The word and it’s meaning have existed for centuries, dare I say eons. Perhaps it’s the weight of history that dictates our fear of ‘jinxing’ ourselves, or perhaps it’s because we truly believe that a jinx is just as real as the poo in our butts. One thing is certain: I really don’t wanna jinx myself, but I gotta tell y’all about my amazing new tv show!

My show is ultimately about redemption. It starts by looking up previous contestants on Hoarders who are still hoarding. My crew goes into their house and starts rummaging through everything, looking for anything edible. Once we find food the bidding process begins between the hoarder and the host, Jeff Probst. Not only do we get to see how important a half eaten, mold covered pizza is to the hoarder but we get to hear Ol’ Probsty go, “Yuuuuuuuup!” All money from the food that is purchased goes into an Extreme Makeover fund available for the hoarder to choose either to renovate their home or their face. That’s the first half hour.

The second part of the show is where it starts to get good and ‘er done. My crew takes all the purchased food out to downtown Detroit and searches for homeless people. Once we get a group of them together, we explain they must compete for the food through various challenges. Little do they know that one of their ‘homeless’ brothers is actually the CEO of a Fortune 500 company with a heart of gold. The challenges mostly consist of singing badly a la American Idol and dancing with the stars. There’s a panel of three judges, Piers Morgan, Alex Morgan, and Morgan Freeman and when they elimidate one of the homeless guys they all say in unison “Ya got Morged!” and sometimes “No Mor-game for you” and other times “Go back home! Not.” When it gets to the final two my crew just throws the food at them and lets them go at it. Whoever ate the most of the food is given Season 2 of Scrubs and we send them on their merry way. I’m not totally sure about a name for the show, but I’m leaning towards ‘Star Trek’.

Now about that whole jinx business. I’ve already talked to the major networks and none of them responded to any of my emails, phone calls, faxes, telegrams, telegraphs, teddy grams or fruit roll ups. Several cable stations seemed really interested and it looks like I would get the go ahead but they never replied to any of my text messages, Facebook messages, MySpace messages, InstaGram messages, Skype calls, or sky writings. You might think that’s it but I’ve also been in close talks with several websites to do some webisodes which will be starting this February as soon as they get back to me through Twitter, snail mail, AIM, FaceTime, G+, or attend my Presidents Day barbecue. You guys should come.