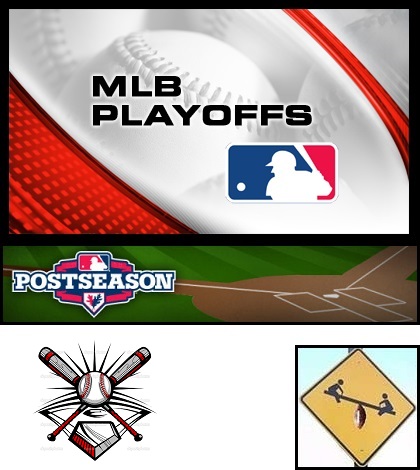 We are in the thick of the division series in the MLB playoffs right now. Although only the AL sets have been completed, I don’t think it’s possible for me to have been more wrong about something than I was with my round predictions.

In my defense, the baseball playoffs are a bit of an oddity during regular years. After all, a best-of-five series is being used to determine which team is better because six months and 162 games wasn’t enough to tell us what we needed to know. It’s a bit backwards. Everyone knows this going in. Nevertheless, the fluky and unpredictable nature of baseball seems to be ratcheted up in October 2014.

Think the Royals don’t have the offense to compete with Oakland or LA? Instead, they won three consecutive extra-inning ballgames through the wildcard round and into the divisional round, followed that up with a decisive slaughter to complete the sweep of the Angels, and seem to have whatever “it” is.

Think the Tigers will dominate on the backs of their stars in the lineup and on the mound? Instead Detroit’s nasty bullpen reared its ugly head (the ONE thing I actually called but only because it was obvious), and Baltimore swept them. The O’s didn’t need one ace, let alone three or four, to carry them through to the ALCS.

Think the Dodgers have the most talent out of any team in baseball? Well it took some late-inning heroics in game two to salvage a tie in the series after Clayton Kershaw imploded in game one; perhaps the most unexpected aspect of these playoffs…not counting literally anything that went on in the Giants – Nationals matchup of course.

Think the Nats have all the pieces (lineup: check, rotation: check, defense: check, bullpen: check) to run through the overmatched yet playoff-savvy Giants? Instead, San Francisco is up 2-0 in the series having won with pure pitching domination of its own. Because game two went 18 innings (18 innings! longest playoff game in MLB history oh by the way), these teams have played three games worth of innings already, yet Washington has just three total runs.

I’m not really even disheartened that my advancement quartet of Detroit, LA, LA and Washington looks so sorry right now. I’m more just in awe of the baseball playoffs. Every year we say it’s a crapshoot, yet every year it still manages to amaze.

These divisional round series are why baseball is so amazing and so maddening to fans. It’s what has ultimately hurt its popularity over the years, but boosted diehard fandom. A real conundrum of MLB postseason excitement.

You did an excellent job of summarizing my amazement, leaving me to merely gloat and wallow. I’m going to gloat over the Baltimore Orioles, who proved why they won so many games in the regular season. The AL East was not bad this season, not by a long shot. Even the third place Blue Jays had a winning record. And yet how far ahead did Baltimore finish? A whopping twelve games ahead of the second place Yankees. With 96 wins, these Orioles were great, and its so gratifying now that they’ve swept away the Tigers. It completely legitimizes the Orioles season, as well as the strength of the division as a whole. Thank you Baltimore.

The opposite is true of the Angels and the AL West. Los Angeles finished with 98 wins and were swept from the playoffs. The division runner up was also eliminated rather quickly. Both teams fell to a Kansas City squad that can only be summed up in one way. They were ignored until we were unable to ignore them. The Royals put up 89 victories this season to little fanfare. Neither of us expected them to defeat the mighty Angels, let alone sweep them.

The mythical baseball gods love momentum and a hot streak. The Royals certainly have both going for them.

The other great thing going on is in the National League, where a potential monster of a NLCS looms. If the Giants and Dodgers face off, it will be the closest thing to Yankees vs Red Sox possible without actually being that rivalry. These two teams’ fan bases truly hate one another right now. I want to see this.

As a final division series thought, I’m not surprised that San Francisco once again has elevated to new heights come playoff time. They’ve done it twice in recent years to win World Series titles. I think we can put them in with the Cardinals as teams that get better when the stakes go up.

Now I can’t wait for Friday to see who plays for the chance to go to the World Series.