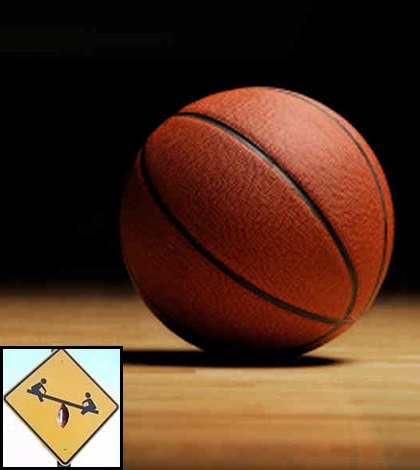 Duke won the title, but lost along with Kentucky as their stars exit college basketball for the NBA. One and done is no fun, erasing a great season of hoops.

The NCAA college basketball season is over; we have a national champion. The group of supremely talented freshmen led by one of the most hated coaches in the country led a behemoth university to the title-game win.

…huh? What’s that you say? The Kentucky Wildcats did NOT win?? They got beat in the Final Four? Oh my, this is embarrassing; well let me redo my opening paragraph then to account for the fact that the Duke Blue Devils won the tournament.

…hmm. I feel foolish yet again. It seems I don’t have to change a thing.

Does this seem weird to anyone else that the one-and-done era has been usurped by Coach K and the Blue Devils? The school that used to be known for hated white seniors instead won the championship behind likable black freshmen (and Grayson Allen!). This isn’t really racially topical, but the point stands nonetheless.

This Duke team was fantastically talented all year, especially on the offensive end, but weird things still happened here. The Blue Devils won the title almost exclusively without Jahlil Okafor contributing, a likely top two pick in the 2015 NBA draft. Their four best players were all freshmen. They won with defense. It all seems weird and none of it adds up.

I don’t know exactly where to take this conversation that has me flummoxed. Is it another feather in the hat of one-and-done recruiting? Yes, I suppose, even though no one seems to be mentioning that since Kentucky didn’t win. It also seems to be a mark against Duke being the university of despised, country-club kids, not because of the black versus white aspect, but because this team this year was actually fun to watch and root for.

If Kentucky had won and went 40-0, the storylines would be obvious. If Wisconsin had held onto its early second-half lead, experience triumphs once again. But with Duke winning, there is no underdog story. There certainly is no lovable loser story (which would also have been in play if Bo Ryan had captured his first title, although subtract the word lovable).

I guess the win is just a win. Now roughly 22 of the top 25 players in the Final Four will be moving on to the NBA, freshmen and otherwise, and we reset again next season with a bunch of unknown superstars because they don’t yet exist. Maybe that’s the story to take away from this.

I wish the NBA and NCAA College Basketball would adopt a rule similar to the three year rule that exists in the NFL and College Football. I’m thinking a two year rule, ensuring that at least every two years fans will know the current crop of super stars in the college game. The yearly reset of top talent leaves me, the casual fan, completely disinterested.

It is nonsensical to require only one year of college and not two. The players, teams, and the sport of college hoops all have something to gain from a two year commitment. I’ll paraphrase, but Charles Barkley spoke critically on the Colin Cowherd show of this one and done phenomena. He made the point that if a kid enters the NBA after one measly year of college, they know nothing. They are unprepared for the NBA game and will be unable to shine in the league for at least two years.

I think Eric Bledsoe is a great example of this. He was drafted with super star expectations in 2010, yet didn’t break through until his fourth season. His stats improved dramatically from year to year, most notably points per game. In his rookie season he averaged only 6.7 points a game with the Clippers. Three years later he averaged 17.7 points a game with the Suns. This season he’s matching those numbers with 17.0 points per game. He is becoming the dominating player we expected… after several seasons in the NBA.

Back to college. Duke winning the National Championship is a perfect example of one of the five greatest college coaches of all-time adapting to new rules and a new game. If Kentucky won I’d make the same statement, with the additional gushing about going undefeated. But from the first month of the season it was Duke or Kentucky. The real story would have been if either club lost, but they did not.

I think you’re off-base however, stating that Duke is no longer a hated team because they lost that prep-school image. Coach K is the epitome of that image, as are the Duke logo, colors, and fan base. That’s what defines a team now and days, not the players themselves. Since anyone great is one and done, it’s the jersey and not the name on it that matters. Consider this the opposite trend of the NBA.

The NBA has flourished off of star power for our entire lives. LeBron James fans will follow him from team to team if need be. People come to watch him play, more so than the Cavaliers. The teams mean something in the NBA, but in college the teams mean everything.

College Basketball is increasingly for school alumni and few others. It’s no fun to follow a team when the players change every season, unless you love the team itself and the school it represents. This is college basketball and I hope they fix it. March Madness is losing its luster, saved by gambling and the immediacy of the internet.

A sport can’t flourish without stars. Right now the only stars of college basketball are the coaches. But what happens when the great ones all retire? It better be change, or the game will continue to suffer.