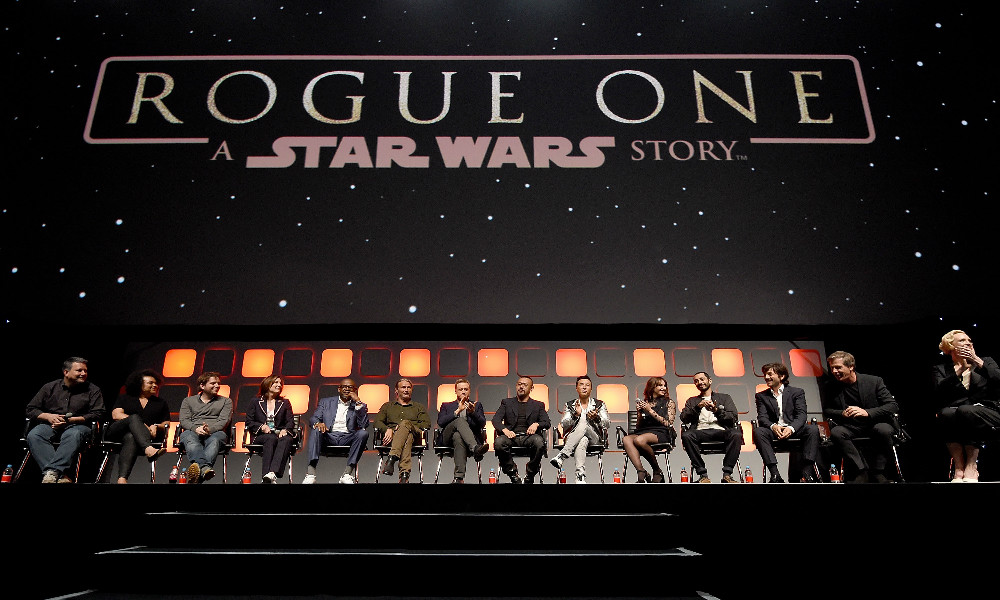 The newest Rogue One Trailer: A Star Wars Story, hit the airwaves the end of last week during NBC’s Olympic coverage. It hit in the sense that it landed on our internet. It missed in pretty much every other way. (Photo Credit: starwars.com)

I didn’t think it was possible to turn the Star Wars franchise into something generic, but that seems to be what has happened with Rogue One. It isn’t that Rogue One looks like a bad movie; it doesn’t. It simply looks like a completely replaceable, avoidable and uninteresting movie…which is probably worse. What is special about this trailer other than the name? If it was instead called Rogue One: A Space Wars Story and was identical in every other way, would anyone outside of copyright lawyers care in the least to go see it? I think we all know the answer to that question.

The things that remain the same are the storm troopers, only because they are nameless, faceless beings (Finn not included) and the recycling. Oh the Star Wars recycling, how it has gotten completely ridiculous. In Star Wars: The Force Awakens, J.J. Abrams seemed to recycle the entire plot, and it was off-putting enough. That was no reboot; it was a remake with a new name. Now in Rogue One, they are just recycling jokes and lines of dialogue that seemed to work in the past. If this is some technique to draw on people’s feelings and desire for nostalgia, it isn’t necessary. This is a STAR WARS movie! The entire premise is nostalgia. It is the only reason anyone is going to go see this film. At least make an effort to disguise your laziness.

Perhaps there is no way to have it both ways. Maybe I can’t have an interesting film that lives in this universe without pandering to it.

There have been two trailers thus far for Rogue One, with a release date for the movie set in December. I get that this is just a spin-off of the franchise, and the universe is kind of the only thing that matters. To me, it would be more worthwhile to have a different mindset. This strategy waters down that universe. If the characters and stories set within it are no longer special, what’s the point? Just release some new memorabilia instead.