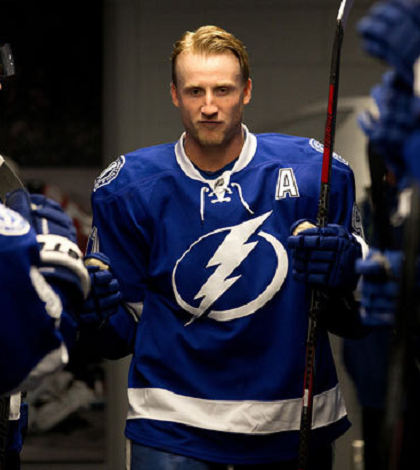 When Alex Killorn scored his whirling dervish, behind-the-back deflection goal to give the Tampa Bay Lightning a 1-0 lead in game one of the Stanley Cup Finals, it put the Chicago Blackhawks on notice.

This is Chicago’s third Cup Finals in the past six years. The last time it lost game one of a finals series came before this decade of dynastic success. The Blackhawks trailed after game one back in 1992 against the Pittsburgh Penguins. That year Pittsburgh would go on to sweep Chicago four games to none to win the title. Bad omen.

Killorn’s goal held up for the final 15 minutes of period one and all of period two. It was also the lone score midway into period three, before the Blackhawks’ offense kicked into gear and seized control. At that point, two goals were registered in two minutes and Chicago never looked back, grabbing a 1-0 series lead yet again.

But it wasn’t the defensive lapse in the later minutes of period three that’s to blame for Tampa Bay losing. It’s rather the fact that Killorn’s blind redirection was its only offense all game long.

Can Tampa Bay rebound in Game 2?

Chicago goalie Corey Crawford only faced 23 shots the entire game, easily the fewest he’s faced since the first round when he was splitting duties with Scott Darling. Five of those 23 shots came off the stick of Steven Stamkos, the Lightning’s former top dog who already has four 40-goal seasons in just his seven years in the NHL, but relinquished some of the spotlight this year because of the surprise successes of his teammates. Another five came from Killorn, who has been on fire this postseason and is nearly halfway to his entire regular-season stat line in these four playoff rounds alone. But the rest of the Lightning bigwigs failed to deliver.

The biggest disappointment came from the Lightning’s now legendary Triplets line of Tyler Johnson, Nikita Kucherov, and Ondrej Palat. The three players managed just two shots in total. This was a hard no-show to overcome as they rank first, fourth, and 12th respectively in league playoff scoring to this point.

Kucherov failed to get off a shot on goal for just the second time all postseason, and just the third time overall in the 2015 calendar year. Johnson’s nearly empty line was perhaps the hardest to stomach though. As Johnson goes, so goes the Tampa offense.

The former undrafted forward leads the league in playoff goals with twelve. With those dozen scores, he is also second in the NHL in shooting percentage out of anyone who’s attempted at least 20 shots these playoffs (In first place is teammate Palat). While Johnson’s goals have come efficiently and often, they have also been downright necessary.

Time to step up!

In round one against Detroit, Tampa split the first six games, losing every game where Johnson was held scoreless and winning each time he netted a goal. Game seven was the first time he failed to collect even a point but the Lightning still won, fortunately.

Then in round two the pattern started back up again. The Lightning won the first three games as Johnson tallied points each time. From there the correlation dwindled slightly, but Tampa still relied on production from its top guy. For the entire postseason up to this point, TJ has 12 goals in wins and zero in losses. He has 17 points in wins and just four in losses. Coincidence?

Usually the storyline goes: a team jumps on the back of its hot goaltender and rides him to glory. For Tampa Bay things are following a different script. Its marquee players must step up now. Goalie Ben Bishop has remained steady, yet unspectacular, in net and the team’s success has flipped wildly with the scoring output of its star center… only that star center is not Stamkos anymore. Perhaps the former first-overall draft pick can take the reins from Johnson and ignite the Lightning offense. Tampa Bay is going to have a tough time winning the Stanley Cup otherwise.

Buy tickets for Game 2 via Rukkus.com

More Sports: Will we see a new Triple Crown winner?