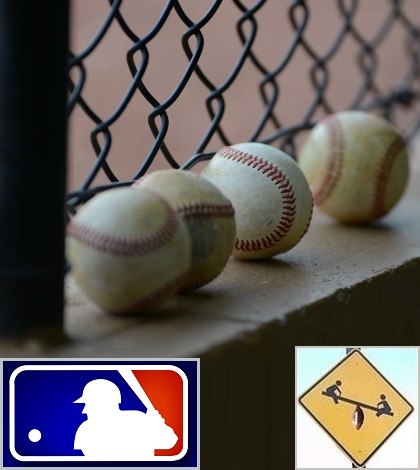 Two months of MLB action are in the books, but are these dominant pitchers for real? Time for Honest Chicanery, true or false, with three MLB pitching lines. 2015 MLB stats get the sports debate treatment.

For a refresher, here are the rules. I will supply you with an item followed by a piece of information pertaining to that item. The item can be a team, player, etc. The information will usually be a stat of some kind. It is then your job to say whether that information is Honest (True) about the item: implies the correct assumption, or whether it is Chicanery (False): implies the wrong assumption.

And, as always, there is a correct answer! Even though this seems strictly opinion-based, that is just smoke and mirrors. I’ll fill you in during rebuttal on where you screwed up or what you nailed.

1) James Shields – 7-0 record, the only qualified pitcher without a loss this season. Honest or Chicanery?

2) Andrew Cashner – 2-8 record, the most losses in baseball. Honest or Chicanery?

3) Dallas Keuchel – 3.7 WAR, tied for most among all pitchers. Honest or Chicanery?

Prepare for some solid Major League Baseball truth coming your way. We’re over sixty games into the 2015 season, so its do or die time for these three players.

1) James Shields’ undefeated record of 7-0 for the Padres is chicanery, a trick of the statistical eye. Shields has recorded double-digit wins for eight seasons in a row, every year since his rookie season. Yet he’s also lost 8 or more games every year.

The real anomaly of Shields’ career were his eleven complete games in 2011. Otherwise he’s been a tremendously consistent pitcher. He’s having a great year, likely to end with 15 wins and another 8 losses.

2) Andrew Cashner‘s abysmal record so far, with the most losses of any pitcher in baseball, is honest. He’s only had a winning season once in his entire career, usually coming in slightly below a .500 record.

I see little reason for Cashner to rebound into a winning pitcher. He’s been okay throughout his career, and if average is the best San Diego can hope for, then I doubt the Padres will wait much longer than July to pull the plug.

3) Dallas Keuchel‘s outstanding WAR is honest. He’s matching that stat with an excellent record of 7-1 for an Astros team that’s currently dominating baseball.

Although finishing last year with a 5.1 WAR and a 12-9 record, I believe Keuchel is on a winning path along with the entire Houston ballclub. He improved dramatically from 2013 to 2014 and is doing it again this season.

It’s interesting that you took such a long-term outlook on this round of Honest Chicanery. In my mind, wins and losses are fluky enough where you don’t need to look past the season a player is having to know whether the record is true or not.

1) With James Shields, you got the correct answer but from the wrong information. Shields’ undefeated record is pure Chicanery not because of his past seasons of 15 wins but because this season he hasn’t been as good as that 7-0 record might imply. Shields has an average 3.58 ERA and 1.20 WHIP. Those figures are okay but seem worse after factoring in his home starts at spacious Petco Park. In fact, his ERA+, a figure adjusted for ballpark and other factors, is exactly 100, exactly average.

The 92 strikeouts in 75 innings are great; the league-leading 15 home runs allowed are…not. This entire season thus far for Shields has been a case of uncharacteristic run support inflating an otherwise pedestrian stat line.

2) With Andrew Cashner, it’s much the same story. Why look at his career totals when you can glean enough information from this very season? Of course, the call on whether Cashner’s 2-8 record is Honest or Chicanery depends on what you’re getting at. Is Cashner the worst pitcher in baseball as his league-leading losses total might suggest? No, definitely not. He hasn’t been good though.

Cashner’s start on the first of June is a microcosm of his season and one of the most inexplicable stat lines of the season. He got knocked around in 4.2 innings, allowing 11 hits and six runs. He also struck out 12 batters and walked none! He is a talented dude; the 2-8 record remains kind of honest though.

3) With Dallas Keuchel you were finally correct to look at how his career is trending, and you made the right call. He has gotten significantly better every season, culminating in being a Cy Young frontrunner in 2015. The rise of the Astros has meshed around the rise of Keuchel. I’m not sure I’d take him as the AL’s best arm, but he’s in the discussion.