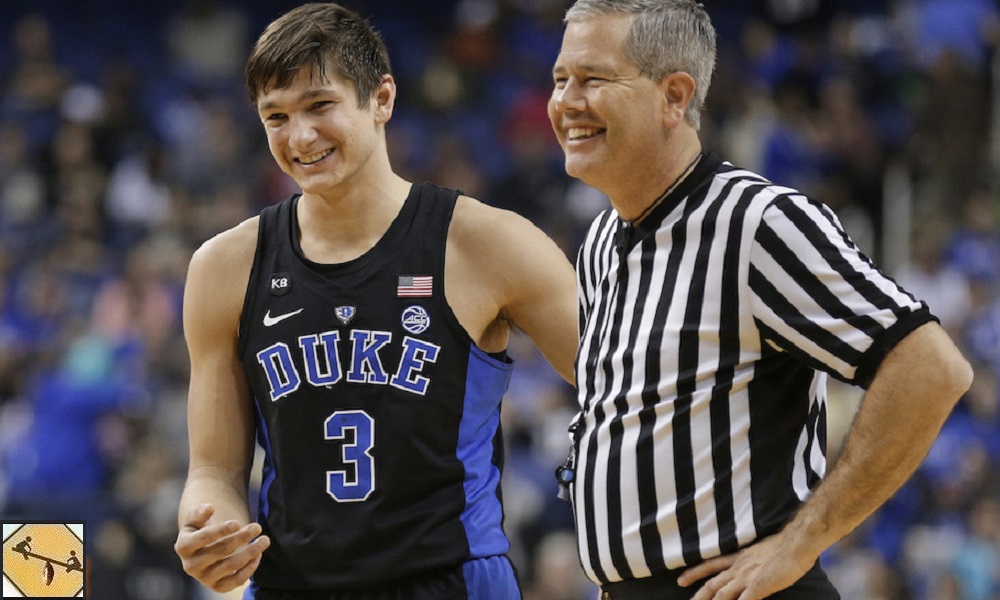 Dive into the obscure as we predict the first NBA coach fired, when Grayson Allen trips again, and a small award called NFL MVP. Your Sports Predictions 2017.

Its time to go deeper with our 2017 predictions. We already tabbed our championship winners, but sports have so much more to offer! These sports predictions 2017 are everything else you must know now.

Todd Salem: This seems to be down to Tom Brady and Matt Ryan at this point. Aaron Rodgers made a late push, but he doesn’t beat Brady in intangible, winning-quarterback stuff, and he falls short of Ryan in the raw numbers. The same goes for Derek Carr, especially after missing Week 17. I liked Dak Prescott for this award, but that ship seems to have sailed. Ezekiel Elliott has siphoned off a lot of Prescott’s recognition; as has the Dallas offensive line. This comes down to how much Brady is knocked for missing four games. I say a lot. Ryan is my 2016 league MVP.

ALSO ON BUZZCHOMP: Predicting Every Championship Team in 2017

Dan Salem: This award comes down to who I think will win and who I believe deserves to win. Matt Ryan is going to win the league MVP award. He was the best player on the Atlanta Falcons, as they won their division and rebounded from a disappointing year in 2015. The offense was out of this world and Ryan was outstanding. He’s deserving of the award, but that doesn’t mean I believe he was the most valuable player. That honor belongs to Ezekiel Elliott. The Cowboys rebounded from an even worse year in 2015 to win their division. The offensive line was excellent, but it was very good last season as well. Dallas’ quarterback was also very good, but he did not wow me like Matt Ryan. Prescott played exceptionally well for a rookie. Yet Elliott played exceptionally well for a running back. The MVP is a quarterback’s award now, but Elliott single-handedly won Dallas multiple games this season. At least he should win Rookie of the Year.

Todd Salem: With Edwin Encarnacion signing with Cleveland, Jose Bautista is now the biggest name free agent still remaining unsigned. Where does he go? Rumors point to the Phillies, but why would a rebuilding team sign a 36-year-old DH/OF? Besides being old, Bautista also has draft-pick compensation attached to his signing. He is a big-time power bat, but offers little else these days. Because Encarnacion left, I actually think Jose will eventually return to Toronto. The once fearsome lineup suddenly looks a bit limp in places it didn’t used to.

Dan Salem: The Blue Jays are an excellent bet to pick Bautista back up, but I actually think he lands on a different AL East team. Either the Boston Red Sox or Baltimore Orioles will steal him from their division rival. I like Boston to grab him and add depth to the DH position after the team lost David Ortiz to retirement. The Red Sox are already all-in for 2017, so adding a veteran makes sense.

Todd Salem: Yes, of course there were gambling odds for this at the start of the season. Interestingly, in the Eastern Conference, all the bad teams are either under brand new coaches or were expected to be bad and are semi-tanking. Hard to find a scapegoat there. Terry Stotts would be an option in Portland, but the Blazers were too good last year for him not to get a chance to turns things back around. My pick is Phoenix’s Earl Watson. He was just hired last year, but he may very well be terrible at his job. He is also not a big coaching name like a number of the other newbies in new places.

Dan Salem: There are four teams that stand out to me in the grossly falling short of expectations category this season. The Wizards, Knicks, Clippers, and Mavericks have all stumbled to varying depths of disappointment over the last month. I agree that the Sun’s coach is a solid target for a pink slip, but if we are talking the very first coach to go then it’s probably in New York after this rebuilt team misses the playoffs. I don’t think Doc Rivers survives in Los Angeles unless they reach the Western Conference finals, but the Knicks are so below their own inflated expectations that its hard to see them not firing the man in charge.

When the Blue Jackets Lose Again:

Todd Salem: After winning 16 consecutive games, falling just one short of the NHL’s all-time record, Columbus lost last night to the Washington Capitals. The streak was bound to end at some point soon, but when will the Blue Jackets lose again? Essentially, is this a team to truly fear that will start another streak, or was it just a random hot streak for a quality but hardly elite club? I lean toward the latter. I could see Columbus winning its next three, but after that, it should fall again somewhere in the road back-to-back against Tampa Bay and Florida.

Dan Salem: Unlike you, I don’t believe the Blue Jackets’ streak was a fluke. Three of their ten losses were in overtime and another came in a shoot out. They may lose to the Rangers in their next game, but another streak is on the horizon. I can see them winning six or seven straight before falling to either Carolina or Ottawa. The Blue Jackets play Carolina three times in eleven days and Ottawa twice in three days. It’s very hard to beat the same team over and over again, no matter how good you are.

How long until Grayson Allen Trips Someone Again:

Todd Salem: The mercurial Duke guard is the most hated man in college basketball. He set the baseline for hate to begin with: being white, playing for Duke, being pretty darn good. Then he began tripping opponents and playing dirty. The Blue Devils suspended Allen indefinitely over the holiday break, which turned into him missing one game and then being back in the lineup. After such a flimsy punishment, it seems like just a matter of time before he trips his next victim. I am targeting Duke’s January 14th game at Louisville. The Cardinals are very tough defensively and press their opponents. I can imagine Allen losing his composure in such a scenario.

Dan Salem: It should be possible for Allen to finish the season without tripping another person, but we all know that’s not happening. I believe he’s able to contain himself for the remainder of the regular season, especially since his coach will be out and the entire team will be on high alert to pick up the slack. This puts the Conference Tournament firmly in the cross-hairs for Allen tripping someone. Either in the semi-finals of conference finals he lets his legs fly, resulting in him missing Duke’s opening round game of the NCAA tournament.

More Sports: We Name the Sports Obama of 2016