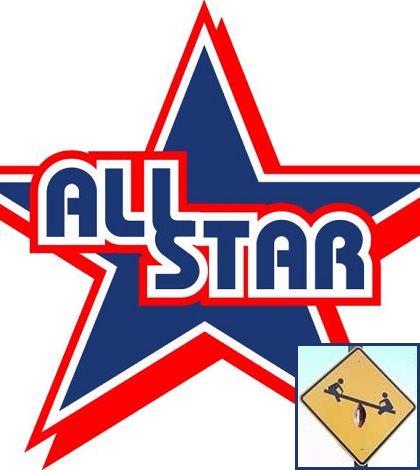 An All-star game showcases the games’ best for the fans’ enjoyment; at least it used to. As ratings dwindle in the NHL and MLB, and fans lose interest in the NBA and NFL, how can the All-star game be saved? Selection is an honor, but the games are currently a joke.

The TV ratings have come in for the NHL All-Star game earlier this month. They are…less than swell.

In fact, not only did NBCSN get poor results, the ratings even fell across the board on the CBC in Canada as compared to the league’s last All-Star game.

The game was sparsely watched, the skills competition was barren and the fantasy draft had tumble weeds.

The reason this is semi-alarming is because the NHL’s All-Star festivities were always, and continue to be, thought of as the best of any of the professional sports.

The NHL originated the draft idea that the NFL stole and put to good use. The NHL has the best “other” day because of the wide variety of events that take place (i.e. fastest skater, hardest shot, relay, breakaway challenge, etc.). And the game is bad, but that’s because all All-Star games are bad these days.

So what can be done if the epitome of All-Star shows is going down the tube?

The Pro Bowl is beyond a joke at this point; the slam dunk contest gets railed on harder each and every year; the NBA game is less a basketball competition and more a fashion show of big men wearing new colors. MLB has an interesting few days because the home run derby can’t really be ruined and baseball always looks the same whether people are trying hard or not! But that isn’t something the other sports can strive for.

I don’t have a useful solution other than doing away with these games altogether. It makes sense to keep announcing the rosters, as rewards and recognition. That much is fine. But why play? Who is getting something out of this farce?

An All-star game is intended to reward both the best players in a sport and its fans. Yet it’s blatantly obvious that none of the four major sports are accomplishing this goal any longer. Doing away with the All-star games themselves is not an option, but I won’t leave you empty-handed. Here are my sport by sport solutions for future All-star game festivities.

One quick note; the announcement of All-star selection is a huge honor in all four major sports. Regardless of how much impact the fans are allowed, being chosen as one of the best in your sport has been, and must continue to be, an honor. Above all, the honor needs to be maintained.

The newer draft format is great; the football game is not. You’re going to see a theme throughout the four sports here, and it starts with the Pro Bowl. Keep the draft, with former players picking two teams from all the Pro Bowl selections, regardless of conference. This is awesome.

Do away with the football game and replace it with five to ten skill competitions. The two teams compete against each other just like we did as kids on Field Day. A team wins a point for winning an individual competition. The team with the most points, having won the most competitions, wins the Pro Bowl.

This makes the Pro Bowl fun for fans, while giving the players what they want, a non contact competition. It’s all friendly, until the tug-of-war. That has to be the final event.

I’m not looking to change too much for MLB All-star weekend. But I think one tweak makes things infinitely better for everyone. Instead of playing one nine inning All-star game, they should play a best of three format with five inning games.

We are guaranteed at least two games, so two different sets of players can start each outing. This removes the whole ‘will he, won’t he’ routine that managers go through in regards to substituting in non All-star starters. It gives more players a chance to showcase their talents, spreads out the pitching, and removes the annoyance of a long baseball game. Have one game a night, or do a day/night double-header. Everyone wins.

The NBA is being smart, making All-star game announcements far in advance to drum up buzz. The weekend festivities and skill competitions are also pretty awesome. Its more for diehard fans, but it works.

The Dunk contest has lost its luster, but it can still be saved. We talked in-depth last year about ways to tweak it, which they did. As for the All-star game itself, there’s little to do here. The game is not and will not become competitive anytime soon. But I do think it works for fans. Getting to see everyone on the court at once is fun. Suggest an alternative, but don’t kill the game entirely.

I must admit, I did not realize the NHL had its All-star game already. Dropping it prior to the Super Bowl was a mistake. As a casual basketball fan and even more casual hockey fan, I don’t tune in until the NFL season has ended. Hold off on your All-star game if you want a larger audience.

The NHL has had a lot of excellent All-star game ideas, many of which the other major sports have poached, stolen, and tweaked into something more popular. None of this helps people like hockey any better.

Hockey is fun to watch and could be a great television product. But something is still missing. Name recognition is a major part of this, as players in both the NBA and NFL are widely known. Baseball has headed towards hockey in this regard, but it feels more like a dip than an actual trend.

I hate to say it, but until some hockey players get serious media attention, do commercials, reality television, the sport will not grow. Their All-star weekend is well done; what’s missing are the stars to draw us in.

Photo credits: thehobokenjournal.blogspot.com and the NBA