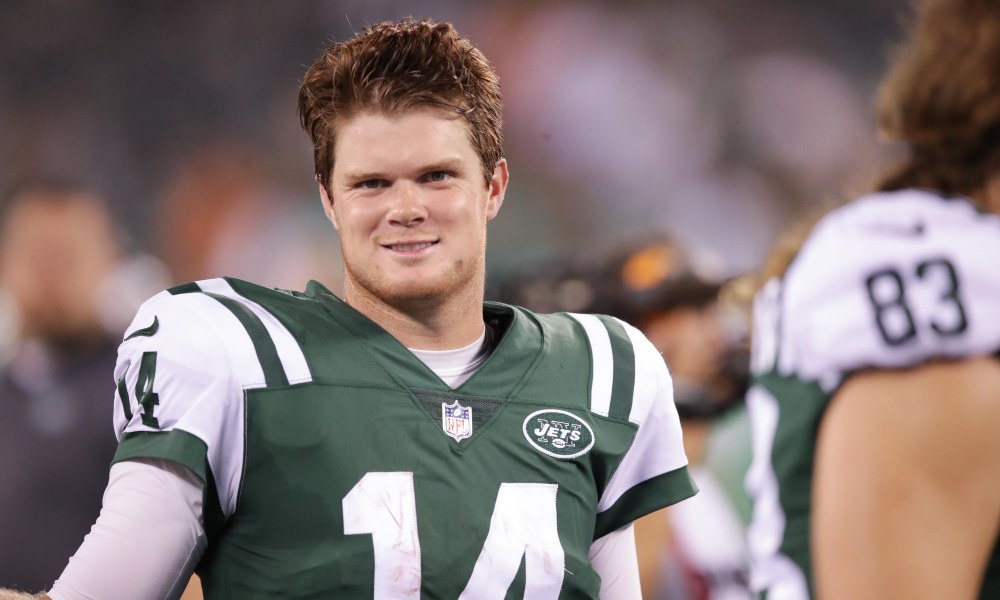 The start of every new NFL season is exciting, but for New York Jets fans it always brought anxiety. Sam Darnold has changed that dynamic and is making football fun again for everyone in Green and White.

It’s the start of a new NFL season and New York Jets fans are smiling. This is new for us, all thanks to Sam Darnold. Thank you Sam for making football fun again. Thank you for removing the anxiety and question marks from preseason football. But most of all, thank you for being yourself.

It’s unbelievably refreshing to have the leader of our football team actually smile without forcing it. Sam Darnold certainly feels pressure, but you would never know it. Unlike so many other Jets quarterbacks who seemed to bend to the whims of New York, the media, or the locker room, Darnold is quite simply being himself. This is the mark of true leadership and confidence. Every football fan wants their quarterback to be the guy who everyone wants to be. They want their team to mold itself around him, his energy, his swagger and leadership, and his way of playing football. Attempting to conform a player is foolish. Letting him mold the team is why Tom Brady and the New England Patriots have maintained a never-ending dynasty.

MORE BUZZCHOMP: Clearing Up the Muddled Races for Every MLB Award

There have been glimmers of hope in the past, but the 2018 season is the exception. Chad Pennington never got his career off the ground until he found himself in Miami. Injuries will do that to some players. Mark Sanchez got squeezed into a box and found success for a short while, but he was never able to play his own game. I couldn’t even tell you what it was, because Sanchez was asked to game manage a team with great defense and a great running game. It worked… for a little while. Simply watching Darnold in the preseason told you how different THIS team and THIS rookie already are.

I don’t have expectations for the New York Jets in 2018, because they’ve technically met them already. Sam Darnold won the starting quarterback job. New York maintained its talent from a year ago and added to it in droves. Like all teams they have a few weaknesses, but the Jets have many strengths. Darnold is one of their biggest, because it’s already his team. A fresh-faced rookie who legitimately beats out one of the most accomplished veterans at his position should inject energy into his team, but its the way Darnold is leading that has me excited to watch my Jets, regardless of wins and losses.

Rookies come with growing pains, but my instincts are rarely wrong. Darnold is going to make every single game fun this season. He is going to keep the Jets in every game, because he has the supporting cast to do so. His teammates have pep in their step because this rebuild is working and happening. No one knows how fast New York will find its first winning streak, but it’s certainly coming. No one knows how much Darnold will elevate the Jets offense, but it’s about to happen. Recent history is in favor of Darnold’s success, as the vast majority of top ten quarterbacks over the last five years have all found success within their first two seasons. How much he finds is all up to him, but you won’t be able to tell how he feels about it. That cool smile never seems to change.