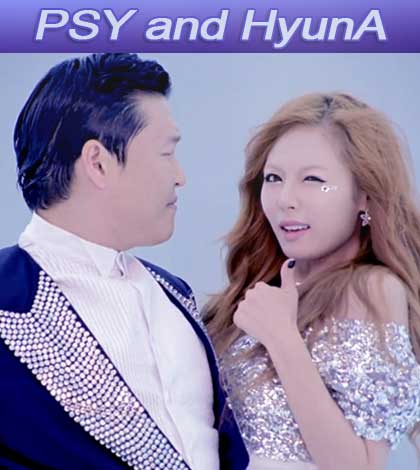 Unless you’ve been living under a rock you’ve seen Gangnam Style by Psy, and like it or hate it, you have to admit it’s catchy. Psy believes we should all “dress classy, dance cheesy” and that’s just what he does in the video, along side the adorable HyunA (a member of the Korean girl group 4Minute). And for those of us who just didn’t get enough of her in the original video, now there’s a new one! HyunA and Psy have teamed up again to bring us the second version of Gangnam Style, this one staring HyunA. It’s being labeled as the “girl’s version” of the song and is just as catchy and cheesy and the last one, but with a cuter, sexier, more girly flavor. What do you think of the new version? Do you like it as much as the original? Maybe more? Let us know.

And if you still haven’t gotten enough of HyunA, check out her new single, “Ice Cream” , featuring Psy with an ice cream stealing cameo in the beginning.