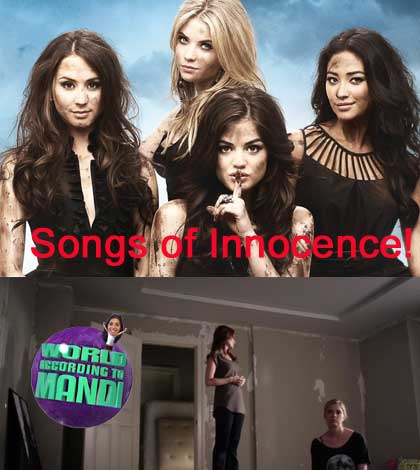 Okay kids we were spoiled with the Season 5 finale and Season 6 premiere being jammed packed with amazing PLL moments that this second episode was a bit of a letdown. Everyone in Rosewood thinks Andrew Campbell took the girls so there goes that theory kids! PLL is not cut and dry and now they’ve basically made it absolutely impossible for Andrew to be Charles.

I was so excited to see how the Dollhouse experience would effect the girls but seriously our PLL’s are still just playing the same old game! No one told ANYONE about Charles DeLaurentis EXCEPT Emily asking Ali. Why? Why didn’t the girls say anything. If Charles is Ali and Jason’s brother all the girls parents would remember another DeLaurentis child. Instead the girls are of course keeping it a secret! It’s so infuriating kids! They’re setting themselves up to be played by more of Charles game.

Next episode it looks like our PLL’s will be on the hunt to figure out who Charles is with Jason’s help. YEAH kids! We get some more Jason DeLaurentis in our lives. We need more answers though and where is our Charles face reveal?