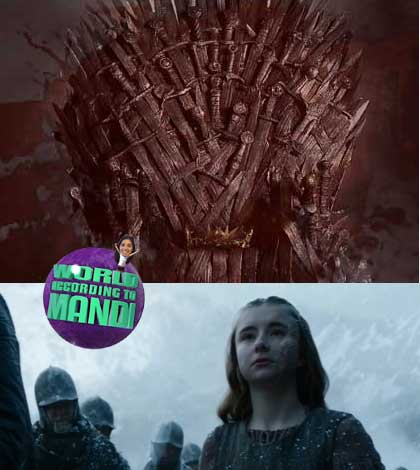 OMG kids! GOT ends this sunday and that weeks episode DID not disappoint. FINALLY Dany controls her dragon Dragon. She connects with him and he saves the day after a Sons of Harpy attack! The best part is that Dany road off on Dragon’s back not before everyone in that Stadium and most likely the city saw it. She’s ready kids to take on ANYONE!

The heart of the episode of course had to do with Stannis. O-M-G kids! I was LOVING this Stannis of the TV show. I was routing for him. I was hoping he wasn’t the same horrible Stannis from the books BUT no kids he is. Stannis did another unthinkable thing this episode. He burned his own daughter as a sacrifice to the God of Light. Let’s remember that Stannis also killed his own little brother. I knew he wasn’t the true King of Westeros but I liked routing for him. I wanted him to march and take Winterfell and KILL the Boltons. Let’s face it I still want that but I no longer have blinders on when it comes to Stannis. Don’t worry though in the Game of Thrones what goes around always comes around.

Happy Fangirl Friday. Game of Thrones getting even more GRUESOME!