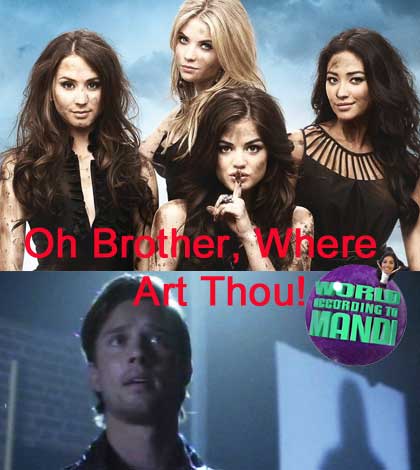 Charles is ALIVE, tracking the PLL’s, and inviting Jason to a private party. Spencer FINALLY tells Toby about Charles. The girls take out their own microchips and of course follow Jason to meet Charles. BUT WHO spoils it kids? Well Ali does! She calls the cops and unleashes everything on them. Even with all the cops Charles get away!

BUT the best piece of information we got is that at the end of the episode Charles gets a birthday gift from his friend and Ally. Who do we think that is? I think it’s Mona of course!

Only two episodes left kids until the summer finale and we’re hearing a FACE reveal! FINALLY.