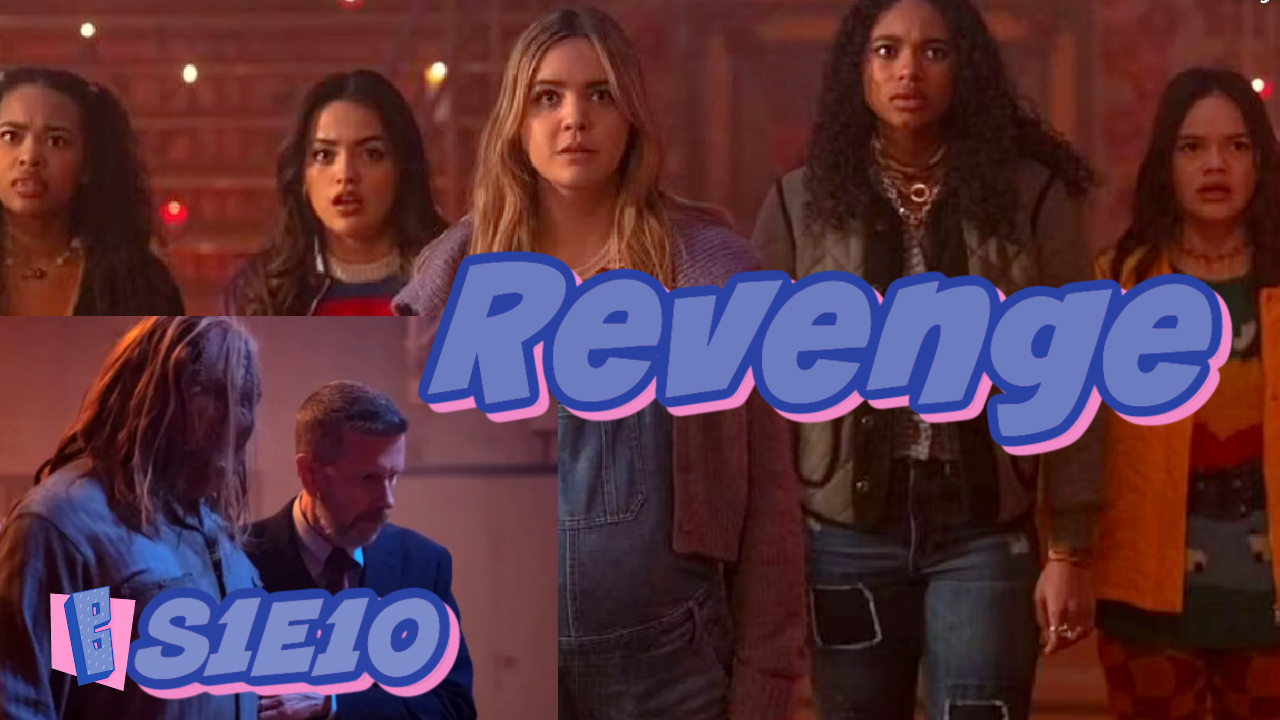 PLL Original Sin season 1 episodes 8-10 gives us revenge complete. There are of course a lot of things that happen, are revealed, and come to a conclusion is this last group episodes that dropped. This is a satisfying conclusion.

PLL Original Sin season 1 episodes eight, nine, and ten gives us revenge complete. We get a little Aria and Ezra nod at the close out of season 1. A is revealed with a twist of course. The show is left open for another season, but what would the mystery be this time in PLL Original Sin?

Episode eight gave some information, but a lot of questioning who’s lying. Imogen is on a quest to figure out who the 6th A Waters signature. Tabby opens up about being rape.

This whole episode the girls keep trying to figure out what’s true, what’s going on. Noa confronts Shawn about the football players giving blood. She finds out that they take steroids and even though Shawn says he doesn’t, Noa finds out that he does.

Imogen confides in Kelly about being raped after her and Karen’s party. This show has done an awesome job humanizing Kelly. In the beginning, she was very much nonexistent as Karen dominated the twins lives.

Chip is a bit creepy in this episode and I can’t pinpoint my finger on it yet. OMG. So close to the end of this show.

Episode nine drops baring of souls. This episode our liars finally truly contront their mothers, but it’s evident that they are still holding out them. It’s so silly even after they went through with Angela, they still couldn’t be completely honest with their girls.

Farren is so bold to go Kelly and her mom. It’s so gross that her mom knows what her dad does. She calls it Tommy’s demons or something like that. That is just so crazy. It’s total dismissive behavior.

It’s crazy that Sherrif Beasley raped Angela and dated Davie. I kept thinking there was more to him since they showed us so much and the girls kept saying he did go to school with our moms.

Episode 10 completes A’s revenge, but of course gives us a major twist. The masked man is not A, but Archie, Angela’s deformed brother. The mastermind behind all of this is Principal Clanton who is actually Angela and Archie’s dad! That was a twist I didn’t see coming!

Chip is the one who raped Tabby and Imogen. That was sad because like Tabby said Chip was her best friend. He violated her and it wasn’t cool at all! All the ladies have to face their bully’s/abusers and they show remorse.

I enjoyed this season, but it definitely wrapped up nicely. I know it’s just a show, but I didn’t completely think that what all the mothers did warranted such an extreme reaction. Now granted they did ignore Angela in her time of need. Davie couldn’t accept that her boyfriend Tom Beasley could rape Angela so instead they “erased her.” That was not cool at all.

PLL Original Sin revenge complete. Share with us your thoughts and check out our three videos on episode 8, episode 9 and episode 10.