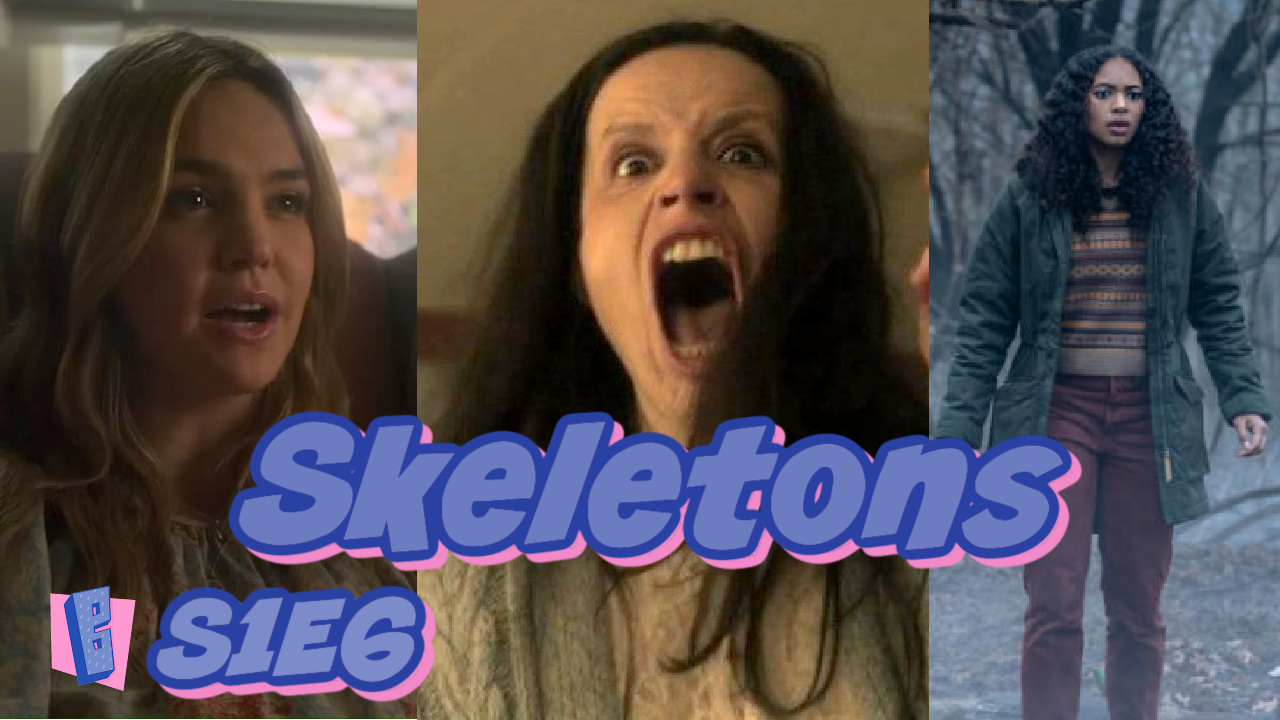 PLL Original Sin season 1 episodes 6 & 7 gives us skeletons unearthed. There are a lot of secrets we find out about the girl’s mothers as well as Angela. The liars’ mothers were definitely mean girls, but it does seem like they genuinely felt bad about Angela.

Pretty Little Liars Original Sin season 1 episodes six and seven gives us skeletons unearthed. We find out more about Angela and her mother. I love the nod to the original PLL with Angela’s mom going to Radley Sanatarian. Everyone has been to Radley and in episode 6 Tabby and Imogen visit it, now as a hotel.

Episode six gave us Angela’s skeletons. Poor girl was raped and then she committed suicide. This drove her mother crazy who came to the school with a knife and turned it on a bunch of football players. Could one of them have raped Angela.

I do find it a bit off that A torments our girls especially Imogen and Tabby. It seems like he knows a lot about them and both Imogen and Tabby were raped. If A seeks revenge for Angela then why would he torture two girls who also were raped like Angela. Tabby and Imogen share more with each other and I like it that they’re able to confide in one another.

Faran’s mother took Angela to get a Tattoo and then left her there. I really don’t like how the liars mother’s acted. I love that they gave us Creepy Joe who gave us some good info about Angela. Who is the 6th A Waters who visited Rose? If all 5 mothers visited her and Creepy Joe didn’t say anything about visiting her then it must be our A.

Episode seven is Beware of the Creepy Carnival. We get some more info about Mouse and her mother. Mouse was almost kidnapped by whoever her Dad is at the carnival when she was a kid. This traumatized her Mother and really has had a negative impact on her life as well as her relationship with Mouse’s other mom. Her Mom even knows Steve from a grief group for people who’ve lost children.

A chases Mouse and Ash at the carnival in the house of mirrors. It’s a bit of a throwback to house Mouse’s mom and Angela kissed in the house of Mirrors. This part made me feel bad for both of them. Mouse’s mom blames Angela when Davie finds them, but obviously she was dealing with her own sexual identity. I don’t know how I feel A uses that part as to get revenge of Mouse’s mom.

Faran deals with her Mother post her accident. I’m suspicious of Henry. What is his deal? He definitely throws Faran under the bus who needs to go to rehab and stop dancing. Sure it’s going to be better for Faran, but it feels like a dumb move by him.

Pretty Little Liars Original Sin is Skeletons unleashed. Share with us your thoughts and check out our three videos on episode 6 and episode 7.