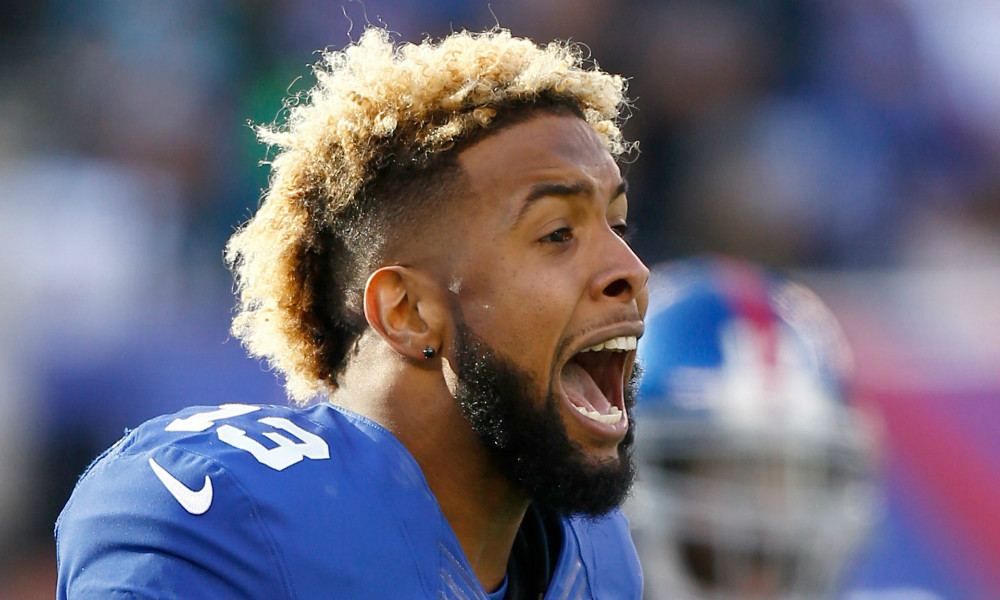 Odell Beckham Jr. is grabbing headlines for all the wrong reasons in these losses by the New York Giants. But is this media slander, or do his non-football actions actually have a negative impact on the performance of the team?

Too much has been made over the past two weeks about the antics of Odell Beckham Jr. both on and off the field; his blowups at himself, at electronics, at kicking nets; his personal foul penalties, his resting bitch face. That was accompanied by a feeling that his emotions got the best of him and led to a loss for New York in Week 3 and then did the team no favors again in Week 4. This is ludicrous and far from the truth. If anything, Beckham was the only Giants player who did his job in the loss to Washington and certainly wasn’t the cause of a dismantling at the hands of Minnesota.

ALSO ON BUZZCHOMP: Where the Emmy Losers Go From Here

Against the Vikings, Beckham was responsible for a personal foul penalty that hurt the team, but it was A) a pretty poor call in which Minnesota should have been the team flagged for a late hit and B) one of the least infuriating penalties New York has had these past two weeks. The team is a mess mentally. The offensive line can’t go more than three plays without committing a penalty; the same goes for special teams. Eight flags were accepted against New York in Week 4, with 11 the week before.

You know who else is responsible for these losses far more than Beckham? The “exciting” new defense! This unit cannot pressure opposing quarterbacks and does not force turnovers. Those things are ISSUES. Sure, the secondary is banged up, but that has been this team’s M.O. for years now. It can’t keep guys healthy for whatever reason. The expensive front four is not doing its part, and it is completely healthy.

Things don’t get any easier for New York, with a trip to Green Bay this week. If the team loses again, I don’t think it will be because of anything negative Beckham does or says, though the media may have you believing differently.

“You’re so good, Odell Beckham. Why would you want to risk being known for something so negative?”

You’re so condescending Dan Graziano. Why would you want to be known for something so jackass-ish?