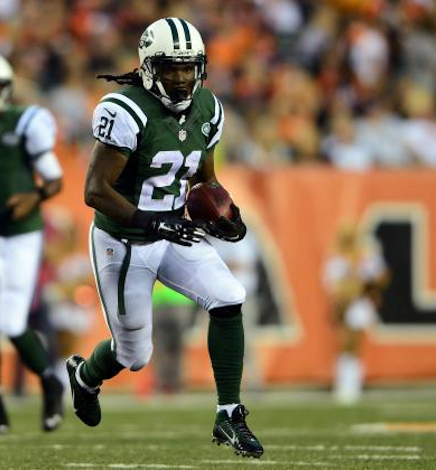 The only thing better than watching a whole day’s worth of NFL games is watching the best games of the week, without all those crappy matchups. Our guide to NFL week 7 has your three can’t miss matchups this Sunday.

We tell you which games are sure to be exciting, so you can tune in, set your DVRs, and flip back and forth as necessary. You’re sure to see the best football action all weekend long. No exceptions.

The New York Jets always play the Patriots close, even when the Jets are a dumpster fire. This year they’re actually good: the Jets are 4-1 and they made beating Andrew Luck‘s Colts look a whole lot easier than the Patriots did. New England, meanwhile, is undefeated and virtually never loses at home.

ALSO ON BUZZCHOMP: The 2015 New York Mets are way ahead of schedule

It’s been a long time since the Jets stole a game in Foxboro during the regular season. In fact, the last time it happened was in 2008, when Matt Cassel was standing in for an injured Tom Brady. But that doesn’t mean it won’t happen again, and this game is certain to be wildly entertaining.

You can pretty much count on every Giants-Cowboys game to be interesting, but this one should be especially juicy. The NFC East is looking wide open, and both of these teams would like to change that. The Cowboys desperately need a another win while Tony Romo recovers from injury. If they don’t start winning games soon, they could be buried before Romo ever gets off the sidelines. The Giants, meanwhile, are just as desperate: they got spanked by the Eagles last week and need to figure things out if they want to steal the title in this tumultuous division. The winner of this must-watch game places themselves fully into the playoff picture.

You know it’s a big game when the NFL puts it in prime time. The Eagles and Panthers matchup pits two teams eyeing the playoffs in the spotlight. We already told you how exciting the NFC East is this season, so you know why the Eagles desperately need this win. But the team standing in their way is one of the most exciting things in all of football. The Panthers, despite some crucial injuries and plenty of naysayers, are undefeated and rolling. Carolina is coming off a huge statement win against the Seahawks in Seattle. Can they remain undefeated, or will the Eagles continue to grow into a more consistent and impressive football team? Don’t miss this football game.

More Sports: 2015 New York Mets Ahead of Schedule but in World Series