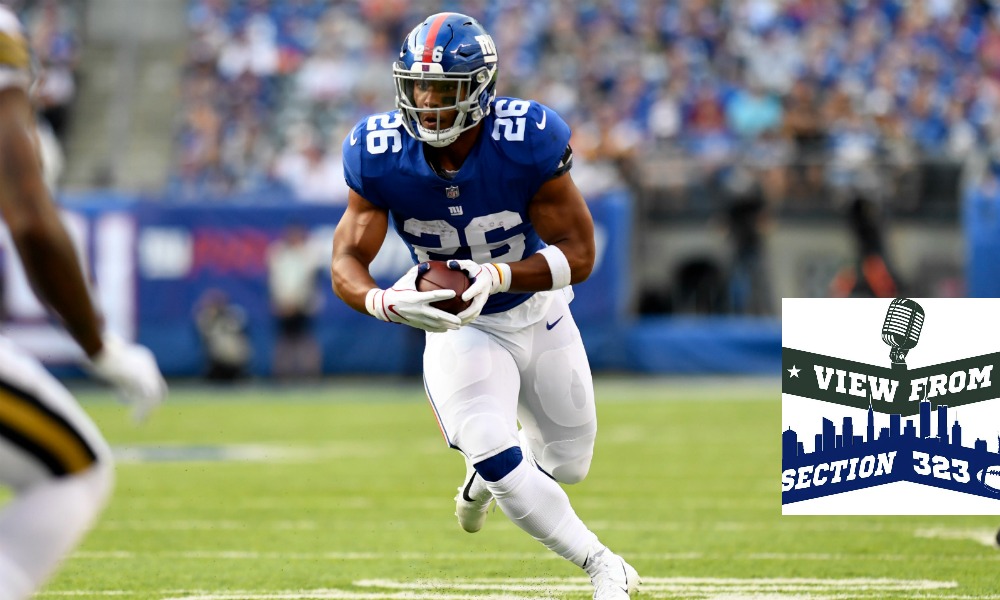 The 2019 New York Jets have finally arrived! Even the Giants had a pretty good week against the best team in the sport. NFL Week 7 breathes new life into New York football, with the Jets and Giants poised to start anew. Big Blue is only one game out in the NFC East, while Gang Green finally is at full strength. Saquon Barkley returns, meaning this week is going to be special.

NFL fans are typically vocal, but these two New York football fans are worse. If an inter-city rivalry exists between the Jets and Giants, then Phil and Bud are it. The ‘Section 323’ NFL podcast covers the entire league with a New York focus. The season is anew for our New York teams in NFL Week 7. Success is limitless with both teams at full strength and each conference jam packed in the middle. Phil and Bud have nothing nice to say, so don’t expect a compliment.

Do you believe the Giants can win the NFC East after Dallas and Philadelphia began to slide? Are the Jets poised to make a run now that they are at full strength? Both New York football teams are stuck in the middle, but that’s not a bad thing this season. Their problems are fixable, yet we know adjustments are rare in New York. Who will end with a better record? There are no mulligans in football.