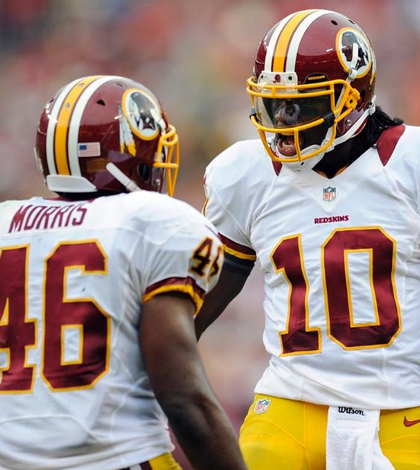 There’s drama in every game of the NFL season, but these are your Top 5 must watch games of NFL week 6. Set your DVR’s and reserve that spot at the bar. Get ready for football.

Some football games will always be more exciting than others. So catch the very best of the NFL this weekend, by using our list as your guide. NFL week 6 kicks off here:

The Arizona Cardinals have the best point differential in the entire league. They’ve outscored their opponents by an incredible 100 points so far this season. That’s scary news for the Pittsburgh Steelers, who haven’t exactly been fielding their 1970’s defense lately. The Steelers have an excellent offense, but are being forced to get creative as they play without their starting quarterback. This should be a very interesting game with major playoff implications for both teams.

ALSO ON BUZZCHOMP: Manager of the Year in NL to Joe Maddon?

Woah, look at these Jets! They’re 3-1, capped by a signature win over the Indianapolis Colts. But this Redskins team presents a real challenge for New York. They’ve played a couple of really good teams close, including last week when Washington took the now 5-0 Atlanta Falcons down the wire in overtime. The Jets will take the W if they can win the turnover battle, but anything can happen on Sunday. This is certainly a must watch game, as both teams have playoff aspirations.

This is potentially a huge statement game for both teams. Seattle needs to prove that their 2-3 record doesn’t accurately reflect the talent of their team, and beating a team with a 4-0 record is the perfect way to get that done. The Panthers, meanwhile, haven’t gotten much from their passing game and will now head into an away game against the Seahawks and their elite secondary. If Carolina can win, they’ll prove that they belong among the elite in the NFL.

This week’s Sunday Night Football game is a rivalry matchup between Tom Brady’s New England Patriots and Andrew Luck’s Indianapolis Colts… assuming, that is, that Andrew Luck can play. He was a full participant in practice on Monday, so it seems likely that Luck will be back for the Colts/Patriots matchup. Can the Patriots exploit the Colts’ poor offensive line play and send them back into a tailspin, or will the Patriots’ weak secondary allow Andrew Luck to pull off the upset? Remember Deflategate? So do the New England Patriots. Both teams will be going for blood in this game.

The prime time games are excellent this week, none more so than on Monday night. This game is a huge moment for the NFC East, which now seems wide open as the Dallas Cowboys have spiraled out of control without starting QB Tony Romo. The once-hapless Eagles have been running the ball better and winning football games lately, and the Giants seem to have cured their late-game woes. Both of these teams might be better than their records indicate, but both are impossible to predict. Expect a wild game on Monday night. This game has huge implications towards the division crown, as the NFC East will come down to head to head matchups by season’s end.