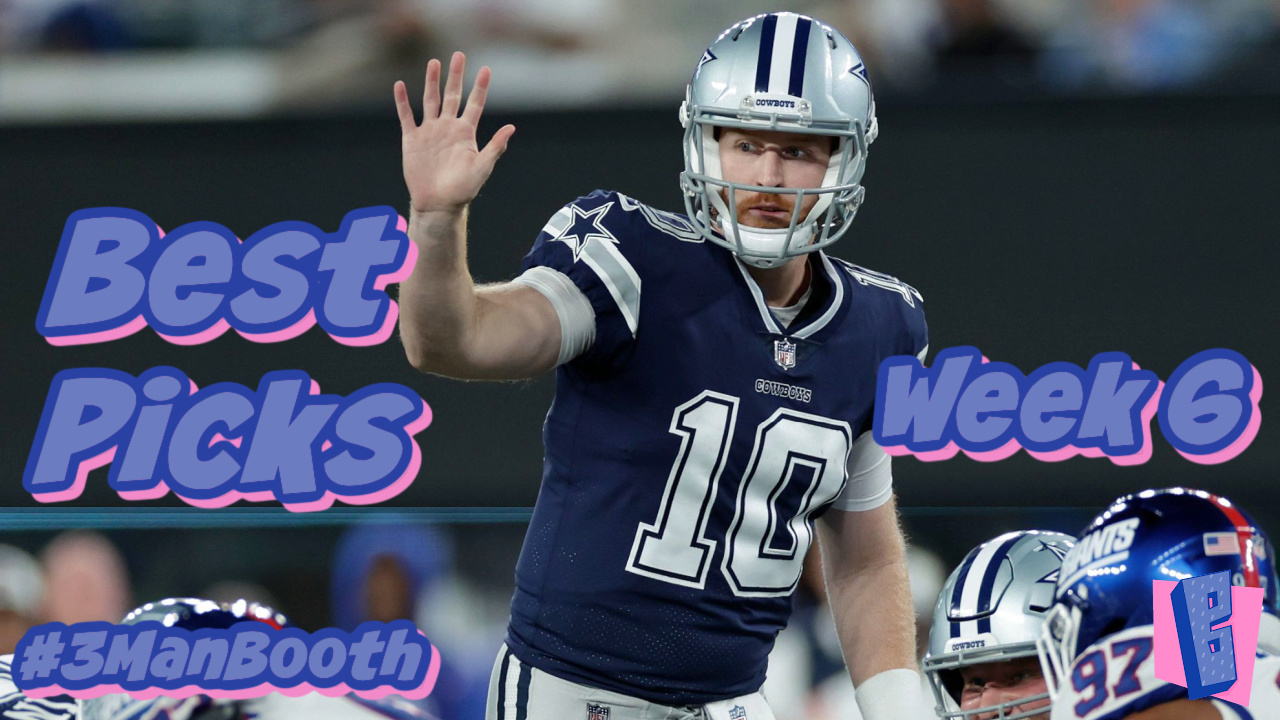 The Cowboys are getting too many points to pass up, while the Rams and Chargers have delicious matchups. NFL Week 6 is sitting pretty. Your best picks against the spread.

Backing the Dallas Cowboys and LA Rams and Chargers will make us undefeated in NFL Week 6. Don’t sleep on Cincinnati or Minnesota either. Plus, Jacksonville is looking hot tonight. Your best picks against the spread.

The New York Giants will finally prove they are a good team in NFL Week 6, assuming they stand tall against the Ravens. Both teams look pretty good, but its New York’s game to lose. Will Barkley be enough to thwart the Baltimore kicking game? It’s a toss up.