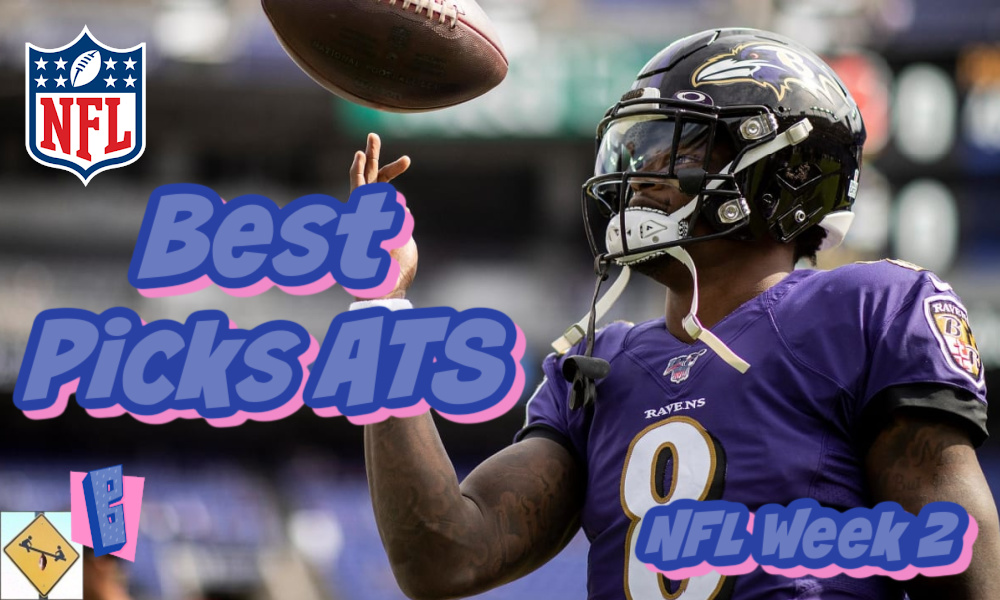 We survived the openers with multiple wins on the road, so we’re sticking with the favorites. These are your NFL Week 2 best picks against the spread (ATS). Dan Salem and Todd Salem provide two teams worth wagering your house… just don’t bet that much.

In Week 1, home teams went 9-7 against the spread. We picked four road teams to cover and somewhat bucked the odds, going a combined 2-1-1 in those picks. Needless to say, we rock. Let’s continue to keep an eye on the home and away splits as the season goes on, because we’d like to determine whether home-field advantage exists in this weirdest of seasons. We also want to keep an eye on the Vegas lines to see if the bookmakers shift their home-field edge along with, or against the outcomes in real life.

Everything is on the table this season and NFL Week 2 might just be a tipping point. The comfort of home could prove an even larger advantage than in the past. The lack of crowds could make it mean nothing at all by season’s end. And, of course, one season’s worth of games probably isn’t enough to determine a real outcome anyway. But it’s all we’ll get. Where does this leave us for NFL Week 2?

These are your Best Picks Against the Spread (ATS) for Week 2 of the NFL 2020 season. All lines come via Odds Shark, which compiles the complete list of Vegas Sports Book betting lines.

A 24-point fourth quarter wasn’t enough to get Minnesota back into its first game as its defense let the team down. Indy was equally unimpressive, or perhaps more so, in losing to Jacksonville. Gardner Minshew diced up the Colts. I’m not sure either of those outcomes is representative of these teams’ true defensive talent. We don’t want to overreact to one game. I’m actually more worried about the Indianapolis offense. Marlon Mack is done for the season, Jonathan Taylor found no space in his debut, and Philip Rivers was once again prone to the big mistake. I’m taking the Vikings.

The Giants stink, but Chicago probably does too. This line is too high. That’s all there is to it. New York found no space at all against Pittsburgh, but Chicago allowed Adrian Peterson to run for 6.6 yards per carry. The Bears needed a flawless day from Mitch Trubisky to win last week, and that isn’t happening all too often. He was very poor with his accuracy and decision making earlier in the very same game. If he does it again, tip your cap, but put your money on the belief that he won’t.

I’m staying on the road in NFL week 2, because favorites are where it’s at this season. The Rams handled a solid Cowboys team last week, so what do you think will happen against a weaker Eagles team? Los Angeles found its running game and looked every bit the contender once again. The same can not be said about Philadelphia. I’m giving up less than two points, meaning a field goal is enough to win this bet.

The Ravens dominated last week. Perhaps their opponent was bad, since they did play the Browns. Or perhaps they are simply once again the best all around team. Did Houston impress last week? Heck no, they got bullied by another top team in Kansas City. Look for the Ravens to dominate the Texans. Giving up a touchdown is easy when Lamar Jackson is running up the score.