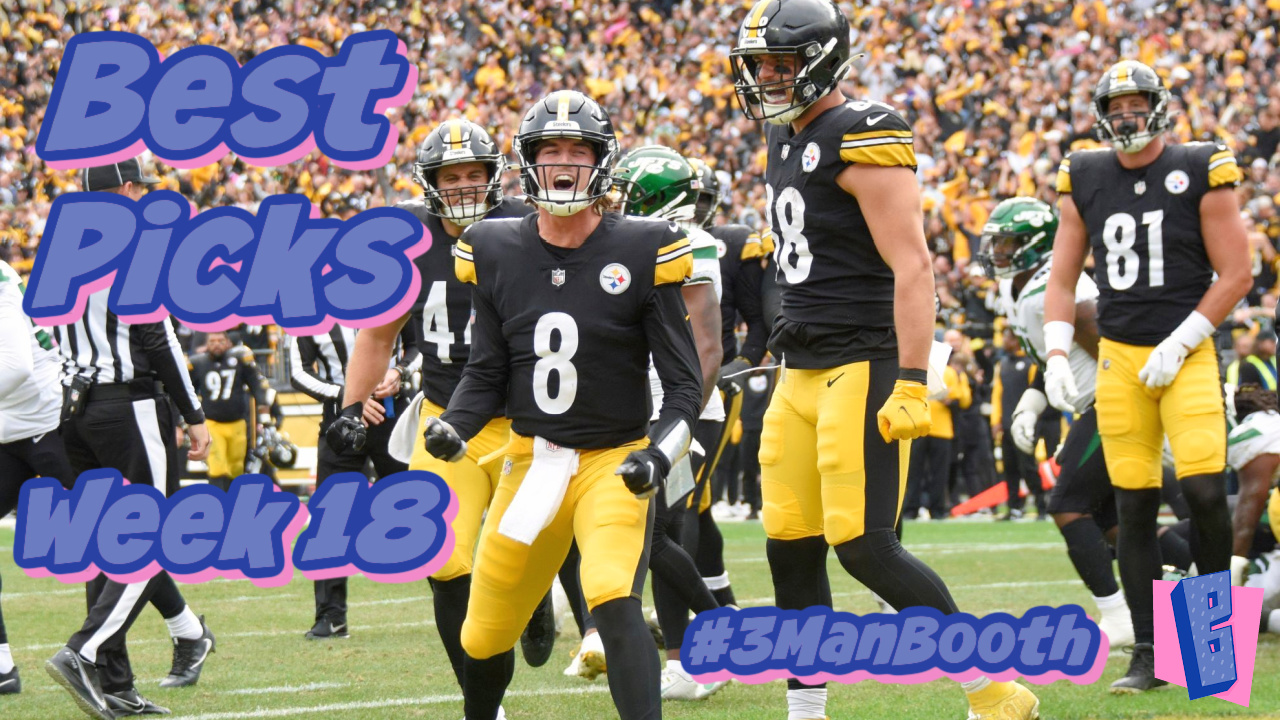 Trust only those teams with something to play for in NFL Week 18, unless the points are too good to pass up. Steelers, Cowboys, Texans all the way. Your best picks against the spread.

Each week we have your six best picks against the spread for NFL 2022-23. Lucky for you, we are pretty great at picking games… most of the time. Just don’t blame us if you lose money. Watch our top ATS picks, then watch our take on the New York Jets matchup, followed by the New York Giants matchup. More than just football in your 3 Man Booth. It’s unfiltered, fan enraged, true hot takes on the NFL.

Unless your team needs to win in NFL Week 18, its a bad pick. Watch out for the Cowboys and Steelers this week. Plus, the Texans are still looking feisty and getting points. Your best picks against the spread.

The New York Jets made a huge leap this year, but mid-season playoff expectations were set and destroyed. A fall guy is needed and someone is likely getting fired. Probably a bad decision, but with nothing to play for in Week 18, the Jets must face the music.

Thanks to a culture and coaching change, the New York Giants are playoff bound and can rest in NFL Week 18. But more than that, Daniel Jones was the difference. He stayed healthy for the full season and played smart, mistake free football. It’s amazing what a competent QB can do.

Also on BuzzChomp: Are The Minnesota Vikings, Good, Lucky, Or Both?

Your ‘3 Man Booth‘ is the only sports talk show that’s 100% football, straight out of the fan’s mouth. Dan Salem with Phil and Bud. Comment with your thoughts on the New York Jets and New York Giants. Will our suffering continue? Bud’s a pessimist, but this season he was uncomfortably optimistic. Phil and Dan attempt optimism, but its so darn hard with these two football teams.