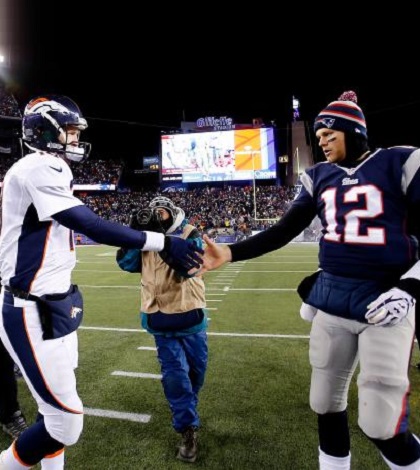 There’s plenty of great action on the schedule for our NFL picks Week 12, as the 2015 NFL season is full of contenders. Many games in both conferences have Wild Card implications, and potential upsets can eliminate teams all together. Will your favorite team see its season end?

With possibly the best game of the entire season so far, plus Thanksgiving football, NFL Week 12 is on fire. Every game is worth watching, but some are absolute can’t-miss matchups. These are your five must watch games of the week.

The Panthers are still undefeated, and they look like a legitimate Super Bowl team. Cam Newton had a great game last week as the Panthers easily dispatched the Washington Redskins. The Cowboys, meanwhile, have a terrible record but may be on the verge of a resurgence. Tony Romo led his team to a win in his first game back from injury last week, and the Cowboys are still technically undefeated in games that Romo starts. Dallas is still very much alive in a confusing NFC East, but they’ll need to pull out wins in very tough games like this one, if they’re serious about making a late run for contention. This will be a great Thanksgiving day game.

Let’s talk AFC Wild Cards! The Bills and Chiefs are two of the top candidates to snag the last AFC playoff spot. Can they do it? Well don’t look now, but the Chiefs are surging. They put a hurting on the San Diego Chargers last week, just one week after they upset the Denver Broncos. They’ve beaten the Steelers, and they’ve lost primarily to very good teams (Denver, Green Bay, Cincinnati, Minnesota).

The Bills, meanwhile, are reeling after yet another loss to the New England Patriots. They’re still 5-5, and in a lopsided AFC that puts them very much in the race for a Wild Card spot. One of these two teams is likely to be playing in the postseason. Which team gets that honor will depend in large part on the outcome of this game.

This is a potential playoff preview between the two NFC teams currently holding Wild Card spots in the conference. The Minnesota Vikings will look to get back on track after falling to the Green Bay Packers last week and coughing up the division lead in the process. The Falcons, meanwhile, are in a free-fall and desperately need a win after dropping four of their last five. This is a crucial game with playoff implications. Another loss for either team could send them spiraling out of control and end their season. The talent is there for both squads. Which team will get it done?

The Steelers are sitting pretty, with a comfortable hold on the first AFC Wild Card spot. They look like a serious disrupting force in the AFC playoff picture as well. Pittsburgh has been spectacular in nearly all of the games that quarterback Ben Roethlisberger has started, and there’s every reason to believe they can more than hang with the current NFL elite. But playing Seattle on their home turf is never easy, and the Seahawks’ strong secondary matches up well against Pittsburgh’s air attack. Considering that the Steelers’ primary running threat, Le’Veon Bell, is out for the season, they’ll need big games from their receivers. This will prove to be an excellent matchup of two powerful football teams.

This isn’t just the Game of The Week, it could potentially be the game of the year. Yes, Peyton Manning is out, but the 2015 Broncos are so much more than their injured quarterback. Denver is built on strong defense, and that could spell trouble for the league’s most exciting offense run by Tom Brady. The Broncos showed just how effective they can be against elite quarterbacks when they shut down Aaron Rodgers and the Packers, sending that team reeling headfirst into a losing streak. Now they’ll try to do the same to Brady’s Patriots on Sunday, while New England looks to keep its unbeaten streak alive.

Superstar tight end Rob Gronkowski will be the x-factor once again for New England, forcing Denver to re-think its gameplan. But the Patriots’ average secondary may even things out, giving new Broncos quarterback Brock Osweiler the time he needs to execute, as he makes only his second career start. This game deserves its slot in prime time. Its must watch, a can’t miss, your Game of the Week.