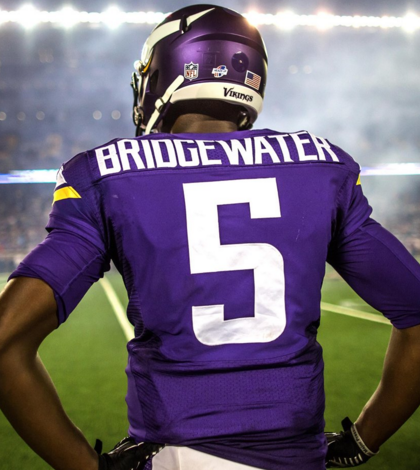 We’ve been treated to some unbelievable football during the 2015 NFL season, and Week 10 promises to offer more of the same great gridiron action. But only these four games are must see, your NFL Picks Week 10.

What an incredible slate of games! All three of the league’s remaining undefeated teams are in action this week, plus multiple rivalry games, divisional matchups, and seasons on the line for former champions. How do you choose a game when every one is worth watching? With our handy list of course. Your Top 4 Must See Matchups of NFL Week 10 are right here.

ALSO ON BUZZCHOMP: Top 4 Plays of the 2015 College Football Season

The Minnesota Vikings have quietly put together an excellent season in 2015, and they’re currently in a first-place tie with the Green Bay Packers atop the NFC North. They dealt with a nasty Rams defense last week, and could be a little beat up coming into this one because of it. Fans will be particularly concerned about QB Teddy Bridgewater, who was knocked unconscious by a late hit in the game. The Raiders, meanwhile, are currently an AFC Wild Card contender. But they’re coming off a tough last-minute loss to the Pittsburgh Steelers, and are in desperate need of a victory. Now just 4-4, they must fight to stay north of .500 and keep their playoff hopes alive.

The Kansas City Chiefs have a losing record, sure, but look at the teams that they’ve lost to. The Denver Broncos, Green Bay Packers, Cincinnati Bengals, and Minnesota Vikings account for four of the Chiefs’ five losses. Kansas City isn’t necessarily a bad team, but they have work to do and can get back in the playoff race by stealing a win from Denver. The Broncos, on the other hand, are coming off a tough and ugly loss to a schizophrenic Colts team. They now have to face a Chiefs team that knows them very, very well. This should be a great division rivalry battle. Oh, and Peyton Manning is only a few yards away from the all-time passing yards record. You don’t want miss that.

The New England Patriots should be able to beat the New York Giants, but haven’t we heard that one before? New York is probably the NFC East’s best team, and they’re currently leading a tough race in that confusing division. In order to stay a step ahead, they’ll have to once again deal with the best team in the AFC and steal a victory from the Patriots. New England, meanwhile, has been fun to watch as always. Can they stay undefeated one more week? New England is out to win it all this year and repeat as champions, but they’ll have to get through their old nemesis first.

The Sunday Night Football game is a great one this week, as the Seattle Seahawks’ season is officially on the line. The Arizona Cardinals have a decent lead in the NFC West, but it can evaporate quickly if they fail to beat Seattle head to head. Both of these teams feature strong secondary play, but only the Seahawks will have the advantage of their twelfth man. Can the Cardinals prove they’re the class of the NFC West this year, or will the Seahawks continue their climb back into contention? Don’t miss this game, and our pick for Game of the week.